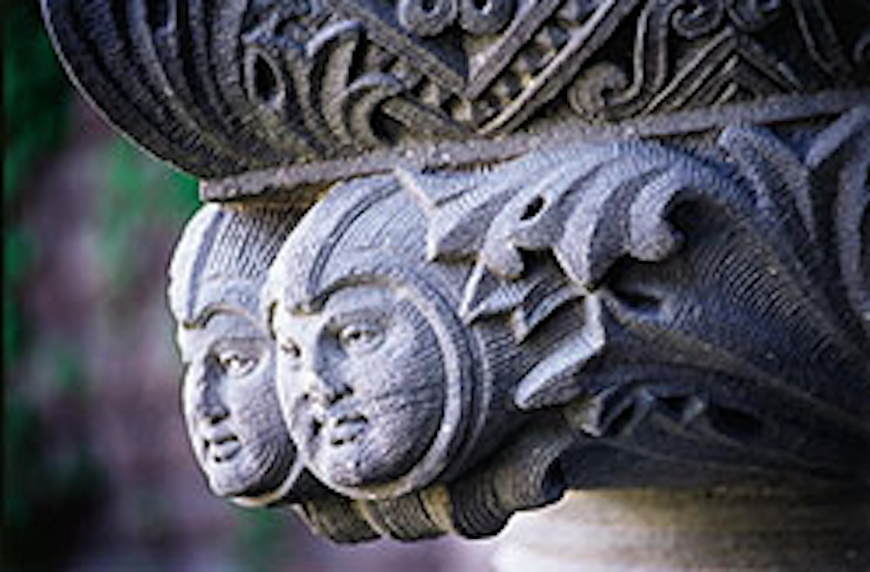 Pillsbury Hall, built in 1889, is the second-oldest building on campus and easily the most iconic.

Pillsbury Hall is named after John S. Pillsbury, Minnesota’s Governor from 1875 to 1881. It was his donation that paid for its construction. John S. Pillsbury’s association with the University of Minnesota began as a regent in 1863 and continued for the next 50 years. He is called “Father of Our University.”

During his years of service as a regent, John S. Pillsbury was considered the financial guide to the institution, applying his knowledge and experience as a successful businessman and at times making personal loans to help the University to acquire land.

Early in his association with the University, his reorganization plan saved it from a precarious financial situation that nearly caused its demise. His friends conservatively estimated that he devoted fully one-fourth of his time to the institution.

In 1889, with the University struggling to accommodate a growing number of students and facing the prospect that land grants available under the Morrill Act to establish an agriculture and mechanic arts college would go elsewhere in the state, Governor Pillsbury said in an address to the Legislature:

“I propose to erect and complete a hall of science at an expense of $150,000 more or less and to present it to the State, and all I ask to know is that these land grants will be kept intact and this institution be made one that this great State can be proud of; that may be adequate to the needs of the State, an honor to it, and a lasting monument to the progress which is characteristic of the State now and in the years to come—some assurance that when I am dead and gone, this institution shall be kept for all time, broad in its scope, powerful in its influence, as firm and substantial in its maturity as it was weak and struggling in the days that saw its birth.”

The hall of science was built and became Pillsbury Hall, and the University of Minnesota remained, in John S. Pillsbury’s expressed wish, “one grand, undivided institution.”

In the early days, Pillsbury Hall was home to animal biology, botany, geology, mineralogy, and paleontology complete with lecture, recitation, laboratory, and museum rooms. In the 1920s the entire basement of the building served as the student health service with a 27-bed capacity.

Until 2017, Pillsbury Hall was home to the Department of Geology and Geophysics and Limnological Research Center.

The building reopened in Fall 2021 and serves as a 21st-century home for the Department of English, its Creative Writing Program, and the Liberal Arts Engagement Hub.