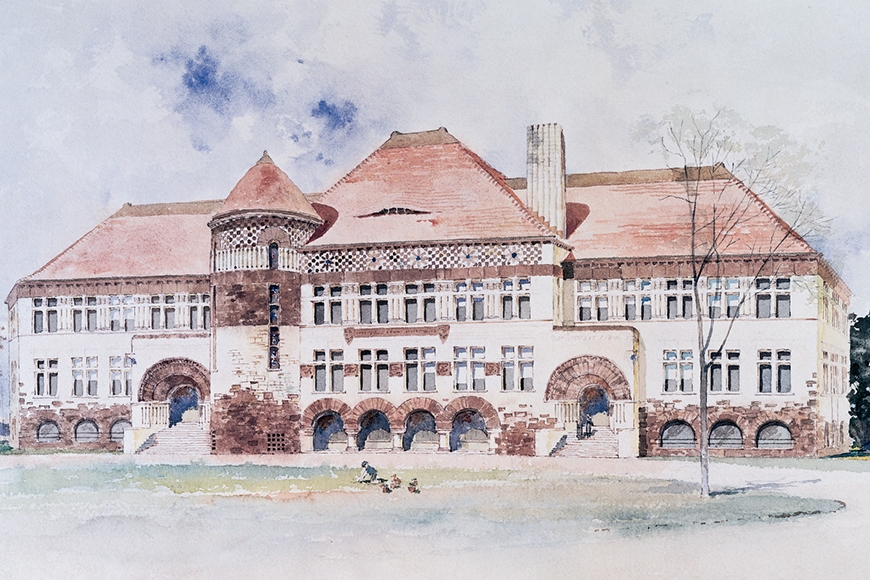 About the Renovation of Pillsbury Hall

On May 30, 2018, Governor Dayton signed the 2018 capital projects bill passed by Minnesota legislators, thereby securing $24 million for the renovation of Pillsbury Hall. The College of Liberal Arts will provide the remaining $12 million of the $36 million total project costs. CLA has launched a fundraising drive to secure the $12 million needed to complete the renovation of Pillsbury Hall. When the building reopens in the summer of 2021, it will be the new home for the Department of English and its Creative Writing Program.

Pillsbury Hall fits the Department of English very well, as space assessments have shown. Its 30,000 assignable square feet will accommodate faculty and graduate student offices; house the undergraduate, graduate, and creative writing programs; and provide for classrooms. The building also will include spaces for public readings, lectures, and performances: The Department of English offers one of the fullest events schedules in CLA. Finally, space will be available for a publication lab where students will produce two literary magazines and for a Commons where they can work on group projects, meet between classes, and feel a sense of community within the largest humanities major at the University.

The fit between Pillsbury Hall and the Department of English is not merely a matter of space. The Old Campus Historic Knoll where Pillsbury Hall is located has emerged as a humanities district, with Folwell Hall encompassing language departments, Northrop housing the Institute for Advanced Study, and Nicholson Hall providing homes for Cultural Studies & Comparative Literature and the Writing Center.

After hearing the Pillsbury Hall suggestion, Professors Shirley Garner and Madelon Sprengnether began to research the possibility of a move to Pillsbury Hall, while reaching out to University of Minnesota administrators and community leaders who might assist in the process. Garner and Sprengnether formed a Pillsbury Hall Committee that included members of the faculty and the English Department Advisory Board. They also commissioned two design studies by architectural firms.

An investigation into the soundness of the structure revealed that Pillsbury Hall, while solid, needed serious interior renovation. Layers of remodeling projects bear the marks of various decades, jarring with the historical character of the hall. Mechanical and electrical systems require updating. Shadowy spaces call out for more light. The total package for a re-envisioned, renovated, and furnished Pillsbury Hall was estimated at $24 million in the late 1990s.