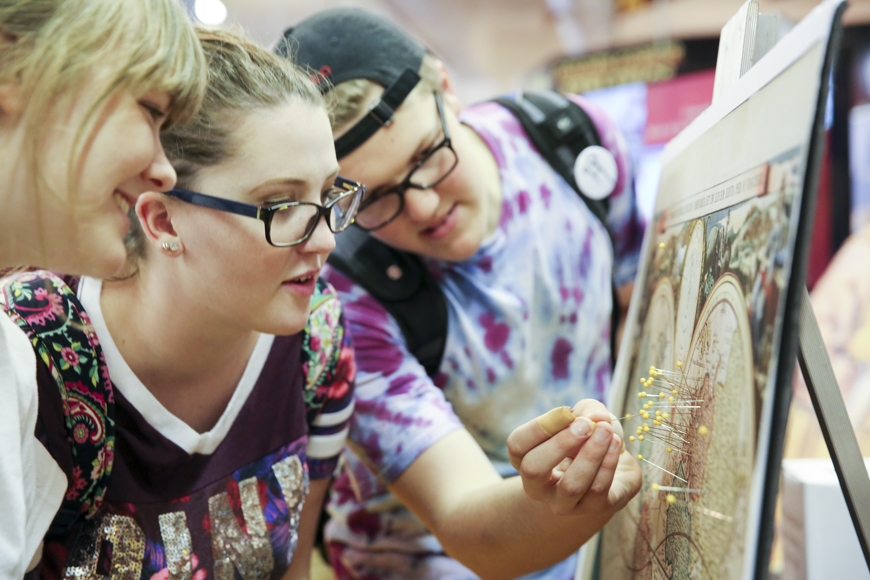 Overview: The Consortium for the Study of the Premodern World

In 2014, the Andrew W. Mellon Foundation awarded the University of Minnesota a $600,000 start-up grant to develop the conceptual and programmatic foundations for a Consortium for the Study of the Premodern World.

The consortium creates a new confederation of the many extant premodern studies constituencies at the University of Minnesota and establishes a synergistic mission to promote integrated, multidisciplinary research and teaching in global premodern studies. The consortium seeks to pioneer a new approach to graduate education by working to combine graduate training in established humanities and social sciences disciplines with an integrated, multidisciplinary graduate program in Global Premodern Studies.

Among the most fundamental divisions in organizing research and teaching in the humanistic sciences is the imagined divide separating the modern world from its assumed past. But a growing body of critical scholarship in many disciplines has called into question the alleged rupture that separates our modern age from an imagined “world before.”

In this new thinking, the term “modern” does not mark a temporal breach, but a fluid and shifting Janus that moves and re-configures itself in countless ways. “Modernity,” this recent scholarship shows, is ultimately a matter of perception, now deployed as a transhistorical category inviting critical reflection about people and events across the full sweep of time. This sort of thinking is especially vital to the scholarly fields once thought to exist outside the temporal and geographic periphery of modernity.

Premodern studies currently exists as a subfield of almost every discipline within the humanistic sciences, but it does not exist as a critical conceptual program conceived according to the conceptual terms sketched above. It operates amorphously as an assortment of splintered and often indurate sub-fields that share much in common, not least their low funding when compared with that of modernist fields, and their common challenge of having to prove their relevance in traditional modernist terms. A strong logic supporting premodernist solidarity therefore exists, and our consortium at the University is conceived as a way of unifying our many distinct sites of research and teaching excellence in premodern studies into a single entity that will work to pioneer a new way of thinking and working.

We believe the future for premodern studies rests in the continued advance of this convergence through a new integration of our traditionally discrete pursuits. The Consortium for the Study of the Premodern World at the University of Minnesota is driven by the goal of re-animating the specific work that each of us has been doing for decades through the pursuit of a new jointly conceived and integrated mission.

By furthering this convergence, and by solidifying what we share into a unified program and mission, we believe that we will advance our intellectual pursuits while also helping to lead a new generation of teachers and scholars into the more integrated future that we believe is emerging. Within this integrated space, we also seek to innovate a kind of graduate education that will prepare a new generation of premodernist scholars and teachers to think and work in global and multidisciplinary ways.

In the face of recent transformations in premodern studies and the academy, the Mellon Foundation has supported our desire to get out ahead of the wave and create a new globally-oriented and multidisciplinary structure capable of realigning our teaching and research in these new 21st-century ways. We aspire to make the University of Minnesota a pioneer in fully realizing the exciting new intellectual potential that this global, multidisciplinary future offers, and the Mellon Foundation has generously stepped up to give us the resources necessary to make this vision possible.