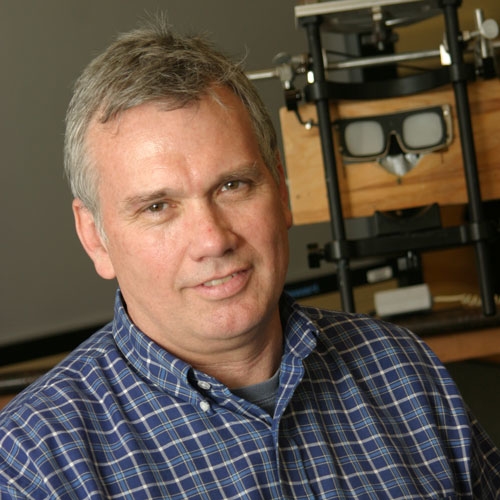 One of the great mysteries of science is how the human brain translates the rich dynamically changing retinal input into useful actions. The perception of what is out there in the world is accomplished continually, instantaneously and usually without conscious thought. The very effortlessness of perception disguises the underlying difficulty of the problem.

One of the surprises in early attempts to give robots sight was that useful information about the world could not be directly obtained from simple measurements of image intensities. Images were much more complicated functions of the objects in the world than had been expected. The complexity of perception is also reflected in the neurobiology of vision. Approximately ten million retinal measurements are sent to the brain each second, where they are processed by some billion cortical neurons, spread over several dozen visual brain areas. In ways that are yet to be fully understood, the visual brain arrives at simple and unambiguous interpretations of data from the retinal image that are useful for the decisions and actions of everyday life.

My research seeks to understand visual perception as a process of statistical inference that transforms high-dimensional, ambiguous image data, into reliable estimates of object properties, such as size and shape.