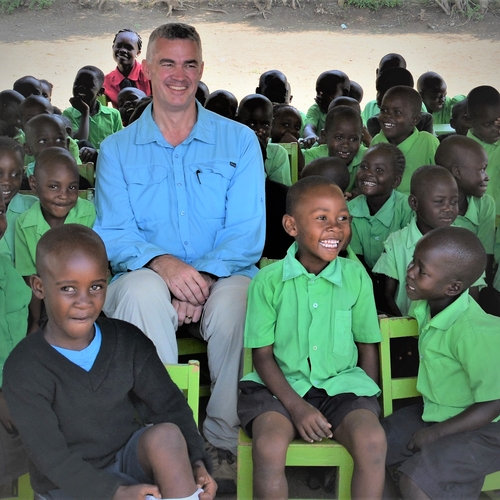 Kieran McNulty is a professor of anthropology at the University of Minnesota, where he was awarded the McKnight Land-Grant Fellowship 2008, named Scholar of the College in 2017, and has received multiple teaching awards.

His principal interests are in the evolution of apes and humans, pursued simultaneously through laboratory research on the morphogenesis of skeletal anatomy and through paleontological fieldwork in eastern Africa. Kieran conceived of and directs the NSF-funded REACHE project, a collaborative network that coordinates field research at all of the Early Miocene fossil ape sites in eastern Africa, working in close association with the National Museum of Kenya and Uganda National Museum. His research has been funded by the National Institutes of Health, Wenner-Gren Foundation, and Leakey Foundation. He also serves as (senior) associate editor for the flagship publication American Journal of Biological Anthropology.

Previously, Kieran was an assistant professor at Baylor University, a Visiting Leverhulme Professor at Durham University (UK), a visiting researcher at Stony Brook University, and a Science Fellow at Ross Institute & Ross School.

Kieran has a long and deep commitment to building educational, scientific, and societal infrastructure both in the U.S. and in Kenya. He serves as the principal advisor to CAITHS on Rusinga Island, Kenya, a community-based initiative dedicated to education, health, and sanitation, and founded and directs a 501(c)(3) organization in the U.S. to fund their efforts. Kieran received his AB from Dartmouth College and PhD from the City University of New York as part of the New York Consortium in Evolutionary Primatology.

He and his family reside in Minnesota.