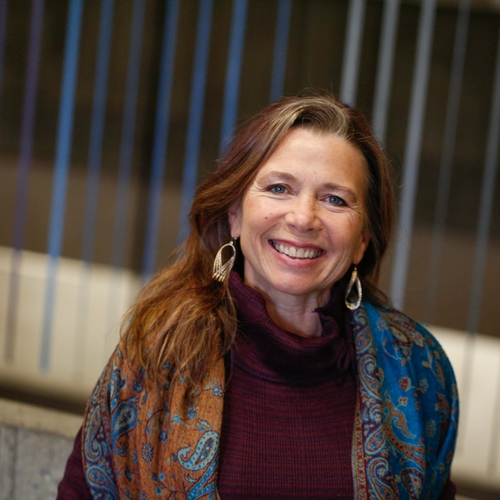 Kym Longhi is the Artistic Director and founder of Combustible Company, a Twin Cities Theatre company dedicated to creating and producing new physical theatre work. She has cultivated her artistic vision as an actor, mime, writer, director, teacher and artist in residence for over three decades. Her performing and directing experience encompasses classical speaking theater, experimental theater, mime and dance. Her mime training includes intensive study with Marcel Marceau. She is an associate artist with the internationally recognized Margolis Brown ADAPTORS (MBA). As a core member of their performing ensemble for 14 years, she collaborated in the creation of many of their original works including: Vanishing Point, Vidpires!, Starry Messenger at Children’s Theatre Company, Sleepwalkers (O’Shaughnessy’s “Women of Substance”), American Safari and The Human Show. She has toured nationally and internationally as a performer and teacher, including Spain, Singapore, Japan and two extended tours in Australia. Kym has also worked as a performer/collaborator with Off Leash Area, Skewed Visions and Flaneur Productions.

Kym is the first certified Margolis Method instructor in the United States and is registered with Yoga Alliance as an RYT 200. Writing and Directing credits include: Herocycle (FTF Works 2013), Not Until the Fat Lady Sings (Right Here Showcase 2014), Bluebeard’s Dollhouse at the James J Hill Mansion in St Paul (Combustible Company 2016) and Monster Heart at the Southern Theatre (Combustible Company 2022). Directing projects include SenseAbility (Interference Arts 2018), Moliere’s Imaginary Invalid and The Gun Show (Combustible Company 2018), Donald Giovanni in Cornlandia and Dr. Falstaff and The Working Wives of Lake County (Mixed Precipitation 2016, 2018), Kym is a recipient of a 2012 Minnesota State Arts Board Artist Initiative Grant and her work has been recognized with support from the Metropolitan Regional Arts Council.

"At the center of my artistic practice is listening – I work to create a space that inspires and amplifies all of the unique voices in the room. I believe that taking a creative and embodied approach to explore highly charged social issues empowers artists and students to speak with insight and creativity to their world.  In making our work, we practice observing with compassion, acting with courage and speaking with intention."