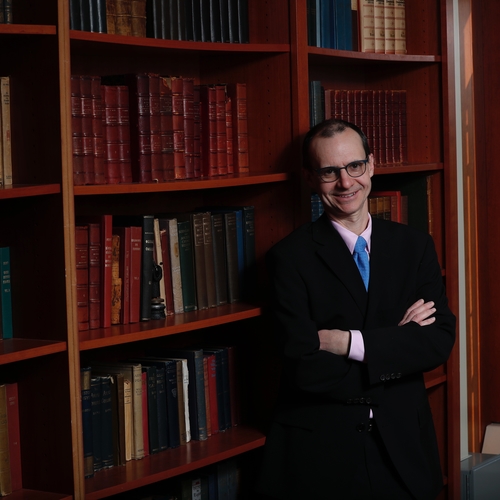 Michael Lower is Morse Alumni Distinguished University Teaching Professor and Professor of History. He writes about the crusades, mercenaries, medieval Mediterranean history, soccer, and twentieth-century Jewish history. He grew up in Toronto and went to UTS for high school, then to Victoria College in the University of Toronto for a B.A. in history. He received a Ph.D. in medieval history in 1999 from Cambridge University, where he worked with David Abulafia and Jonathan Riley-Smith. Since 2000 he has taught in the history department at the University of Minnesota. In 2010-11, thanks to a Mellon Foundation New Directions Fellowship, he was fortunate enough to spend a year studying classical Arabic and early Islamic history at the University of Chicago. His more recent research on the crusades tries to bring together Arabic and European-language sources to tell the story of these complex multi-lateral conflicts from multiple perspectives. He is the author of "The Barons' Crusade of 1239: A Call to Arms and Its Consequences" (Philadelphia: University of Pennsylvania Press, 2005) and "The Tunis Crusade of 1270: A Mediterranean History" (Oxford: Oxford University Press, 2018). He is currently working on a history of Hakoah Vienna, an all-Jewish soccer club that conquered Austrian football, beat the English at their own game, and defied the Nazis.