John Connelly: "Was the Habsburg Empire an Empire?" 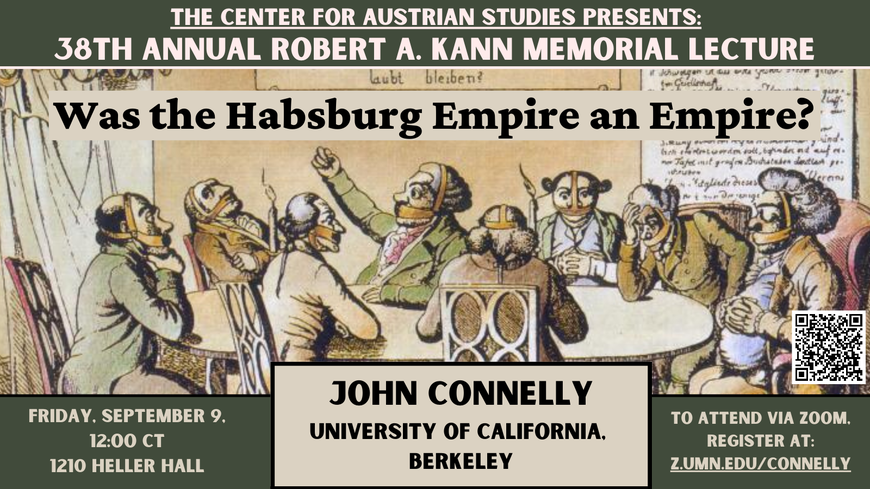 The Habsburg monarchy seems doubly confounding. Its historians call it an empire, but it actually never called itself that. For a fraction of its existence (1804-67) the monarchy counted as a Kaisertum, a word meant to burnish the fading glory of a lost imperial title (of the Holy Roman Empire). But its rulers never evinced the self-confident imperial aggressiveness or the desire to exploit distant territories that characterized British or Russian counterparts, and students of global empires often do not think the Habsburgs fit the category.

But after calling the double monarchy an empire, Central European specialists lose the critical edge historians apply to other empires, and celebrate the Habsburgs for holding back nationalism, the force that made the 20th Century so deadly. The monarchy was not only an empire but a virtuous empire.

Connelly's talk will examine a range of theoretical and practical reasons for calling the Habsburg state an empire—as its subjects often did. But if we do, we should recognize that like other empires it abhorred democracy. Perhaps more than a dam holding back the twentieth century and all its evils, the Habsburg Empire was more a conduit.

John Connelly is the Sidney Hellman Ehrman Professor of European History at the University of California, Berkeley.

Cosponsored by the Department of History