The Strike Film: A View from South America 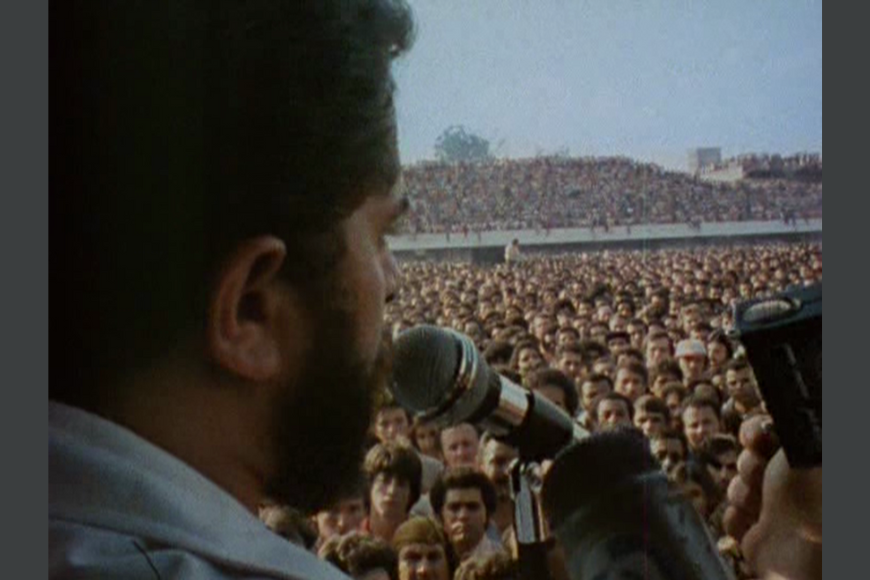 This event will take place via Zoom only; use the above button to register.

Abstract: In this talk, drawn from my book manuscript in progress, The Labor of Images: The Strike Film and the Collective Encounter, I argue that South America’s long 1968 throws into relief problems that undergird the strike film as world cinema form. I will focus on two documentaries that tackle radically different forms of labor and resistance, ABC of the Strike (ABC da greve, Leon Hirszman, Brazil 1979; [1990]) and Courage of the People/Night of San Juan (El coraje del pueblo, Jorge Sanjinés, Bolivia, 1971). While Hirszman’s documentary participates in the boom in strike films that emerged in late dictatorship Brazil during an unprecedented wave of industrial strikes in the automotive industry, Sanjinés’ scales out from the extractive labor of mining work to focus on struggles of social reproduction, seeding them into a longer colonial history. Irreducible to Cold War divisions and Old versus New Left binaries, these films and their filmmaking processes underscore the collective encounter as an aspirational, if conflictive, form of politics. I ultimately argue that these films and their contemporary iterations in both filmmaking and political theory throw into relief the strike’s radical potential at a moment when theorists of the Global North have begun to rethink its ostensible obsolescence.

Bio: Sarah Ann Wells is Associate Professor in the English Department at the University of Wisconsin, Madison, where she is also on the Steering Committees of both the Center for Visual Cultures and the Havens Wright Center for Social Justice. Her first book, Media Laboratories: Late Modernist Authorship in South America (Northwestern University Press, FlashPoints Series, 2017), won the Best Book in the Humanities Prize from the Southern Cone Section of the Latin American Studies Association. She is the co-editor of Simultaneous Worlds: Global Science Fiction Cinema (University of Minnesota Press, 2015), and her work has been published in, among others, Comparative Literature, South Atlantic Quarterly, Modernism/Modernity, Global South, Luso-Brazilian Review, and the edited volumes Cosmopolitan Film Cultures in Latin America: 1896-1960 (Indiana University Press, 2017) and Comintern Aesthetics (Toronto, 2020). She is currently writing a book on the strike film in world cinema.