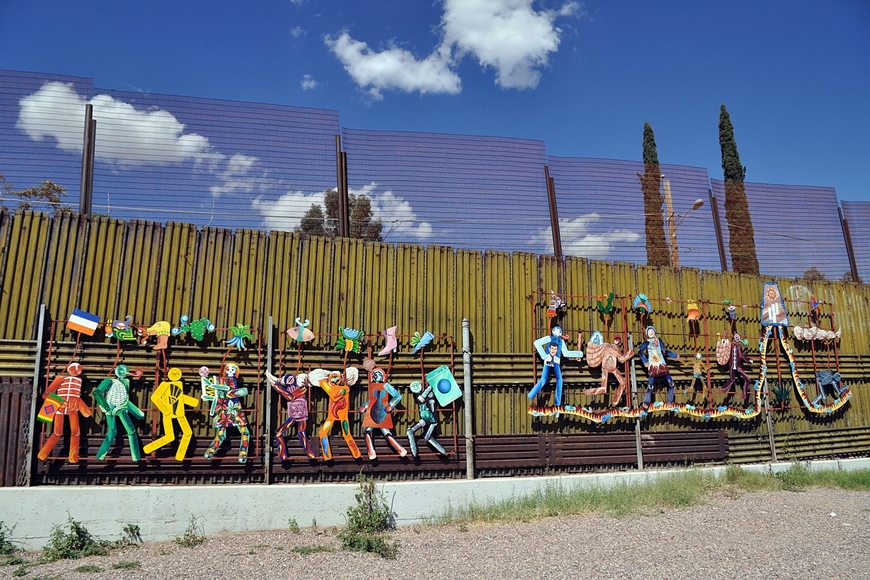 Despite its campaign promises, the Biden administration has not dismantled the worst abuses and cruelties of its predecessor, but has, in fact, sustained the practices that leave thousands of migrants, refugees, and asylum seekers incarcerated in camps, deported to unlivable conditions, and abandoned to violent conditions our foreign and economic policies have fostered.

Join us for this critical conversation among members of the Migration Scholars Collaborative speaking to the ongoing crises of asylum and refuge in the United States. This roundtable expands on themes examined in the Public Books Borderlands series, "From “Crisis” to Futurity: Migration and Borderlands in the 21st Century."

Moderated by A. Naomi Paik (University of Illinois, Chicago)

Featured image: Paseo de Humanidad (Parade of Humanity), by Alberto Morackis, Alfred Quiróz, and Guadalupe Serrano. The painted metal artwork is attached to the Mexican side of the US border wall in the city of Heroica Nogales in the Sonoran Desert. Photograph by Jonathan McIntosh / Flickr (CC BY 2.0)