The Convolution of Wealth 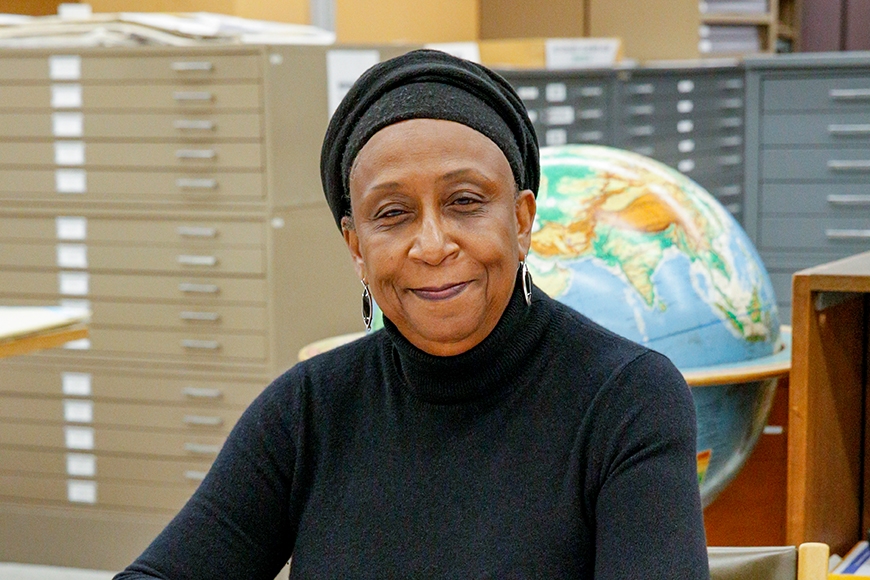 Martin Luther King Jr. famously said that “the arc of the moral universe is long, but it bends toward justice.” Does the history of democracy in America bend toward justice? And does justice mean equal opportunity for all categories of Americans to participate equally in, and benefit equally from, the blessings of our democracy?

Whatever your first reaction to those questions, allow Professor Rose Brewer to deepen your thinking. Brewer, a professor of African-American & African studies, and affiliated with American studies; sociology; and gender, women & sexuality studies departments. Her research examines issues of race, class, and gender.

“What we have come to understand as democracy has been expanded certainly from the inception of our Constitution when citizenship, in a 1790 naturalization law, was restricted to white males with property,” Brewer says. Yet America is still engaged in “an ongoing struggle for what I would call real democracy.

“It’s not simply that racial nationalism is still a threat, or male domination, or class exploitation—but if we think about the way those interlocking systems work together across race, class, and gender, that takes us quite a way toward understanding who can fully access democratic rights and who can’t,” Brewer explains. “That access has never been given without some group standing up and resisting.”

Sometimes, it’s about the intersection between wealth and power. “I work on issues of wealth. What is it? Who has access to it? And how much of a role does money play in our politics? Who has access to the decision makers? How much is your voice heard if you’re poor?”

Brewer cites the Citizens United case, in which the Supreme Court ruled that corporations have free speech rights and can use their economic power to influence elections. That decision, she says, means that “everyday citizens are juxtaposed to corporate power in the functioning of democracy.”

If history “bends toward justice,” it doesn’t necessarily move steadily in that direction, Brewer cautions. It goes back and forth.

“It took a bloody civil war to end enslavement,” she says. But that didn’t guarantee equal access to democracy for the freed slaves. “For a quick moment, there was something called Radical Reconstruction,” the post-Civil War amendments (13th, 14th, and 15th) that guaranteed new rights for all. “But that regime was overthrown and the political and social rights that came out of that were withdrawn,” Brewer says.

“Look at the Supreme Court decision, Plessy v. Ferguson (1896), which stands for the next phase of racial segregation, which pretended that separate facilities would be equal, or the Jim Crow era….It would require another almost hundred years to restore the rights promised in the 13th, 14th, and 15th amendments (via the 1964 Civil Rights Act and the 1965 Voting Rights Act). And the goals of those laws still aren’t fully realized 60 years later.

“Then think about the economic component of equality, where an African-American woman, on average, make 66 cents for every dollar a white male makes. And white women make 80 cents.”