Professor Timothy Brennan (English) won the Palestine Book Award for Biography for his 2021 book Places of Mind: A Life of Edward Said (Farrar, Straus and Giroux).

Senior Lecturer Patricia Mougel (French and Italian) has been named Minnesota’s French Teacher of the Year by the Minnesota Chapter of the American Association of Teachers of French (AATF).

Professor Emerita Charlotte Melin (German) has been awarded the twenty-sixth Association of Departments of Foreign Languages Award (ADFL) for Distinguished Service to the Profession. The award is presented by the ADFL executive committee and recognizes eminent scholar-teachers who serve the profession in the larger community.

Professor Loukas Karabarbounis (Economics) received this year’s Bernacer Prize, awarded to European economists under the age of 40 who have made outstanding contributions in macroeconomics and finance.

Catherine J. Bruns (PhD candidate, Communication Studies) was part of the summer 2020 RCP Fellows team that partnered with the City of Little Canada to develop best practices for community engagement. As part of her study with Professor Mark Pedelty (Communication Studies) as her faculty adviser, Bruns submitted the project to the MetroLab Student Cup and is one of 12 finalists from 50 submissions.

Professor Saje Mathieu (History) has been selected as a recipient of the 2020 Award for Global Engagement (AGE). This award is given to those faculty and staff whose achievements and contributions to global education, research and engagement are exceptional. The Global Programs and Strategy Alliance established and sponsors the award as part of making internationalization a key academic priority at the University.

Graduate student Wen Bu (Psychology) received a grant from The Society for the Psychological Study of Social Issues for her research on minority group identities and political attitudes.

Professors Stephen Engel and Gordon Legge (Psychology) received a grant from the National Eye Institute for their research on age-related macular degeneration (AMD).

Professor James Lee (Psychology) received a grant for a study titled “Miscellaneous Research on Human Intelligence.” Lee aims to investigate several distinct issues in the study of intelligence through the use of measures of performance such as reaction time. Funded through the Institute of Mental Chronometry, the grant will run from September 2020 to August 2021.

Associate Professor Richard Landers (Psychology) received a grant from the National Science Foundation for research on understanding when and why people do or do not heed recommendations given by artificial intelligence entitled “Integrating Trust and Feedback Intervention Theories to Predict Behavioral Change in Response to Algorithmic Feedback.”

Assistant Professor Nicola Grissom (Psychology) was awarded a grant of more than $ 2 million from the National Institute of Mental Health for her study entitled “Sex-biased impacts of 16p11.2 variants on reward-guided choice.” Grissom will study how sex interacts with genetic variants as they contribute to neuropsychiatric risk, examining genetic factors associated with neurodevelopmental disorders such as autism.

Researcher Yingzi Xiong (Psychology) was recently awarded a K99 career development grant from the National Eye Institute to conduct research on individuals with dual sensory loss. “Dual Sensory Loss: Impact of Vision and Hearing Impairment on Spatial Localization” will focus on the joint impact of vision and hearing loss on the ability to determine the location of objects in the environment.

Teaching Specialist Marsha R. Pitts-Phillips (Hubbard School of Journalism and Mass Communication) and president and founder of MRPP & Associates Communications, LLC, is the recipient of the D. Parke Gibson Award which recognizes a public relations professional who has helped expand awareness of public relations with multicultural communities.

Associate Professor Cheryl Olman (Psychology) is the recipient of the College of Liberal Arts’ Brain Imaging Grant. Researcher Kim Weldon and Olman will study “Investigating Characteristics of Foveal Feedback Using Ultra-High Field fMRI;” the study will use higher signal-to-background noise ratio in an ultra-high field fMRI to investigate how information about the shape of objects in peripheral vision changes the brain's response to objects in the central visual field.

The Immigration History Research Center, led by Professor Erika Lee (Asian American Studies), has just launched a new project called Immigrants In COVID America, a resource and website documenting the health, economic, and social impact of COVID-19 on immigrants and refugees in the US.

Elizabeth Howard (PhD candidate, English) was awarded the Research Society for Victorian Periodicals 2021 VanArsdel Prize for her essay, “'Keeping Christmas' on the Page: The Adelaide Observer, Alice in Wonderland, and the Australian Periodical at Play.”

Assistant Professor Claire M. Segijn (Hubbard School of Journalism and Mass Communication) was named the most prolific contributing author to the scientific literature on media multitasking according to a new Bibliometric study.

A team led by Professor Monica Luciana (Psychology) and including Associate Professor Scott Vrieze (Psychology) are working to develop a repository of large datasets that will be accessible to U of M researchers. The project, the Neuroimaging and Genetic Data Resources (NGDR) Initiative, was recently awarded a UMII Seed Grant.

Director of the Minnesota Center for Philosophy of Science and Professor Alan Love (Philosophy) is the principal investigator for “Agency, Directionality, and Function: Foundations for a Science of Purpose,” a new three-year, $14.5 million project funded by the John Templeton Foundation.

Associate Professor Scott Vrieze (Psychology) was awarded a grant of $500,000 from the National Institutes of Health (NIH). His research includes genetic and environmental influences on psychopathology, especially substance use and abuse in adolescence and early adulthood.

Associate Professor Giancarlo Casale (History) has published his book Prisoner of the Infidels: The Memoir of an Ottoman Muslim in 17th Century Europe (The University of California Press). It is described as an “effervescent memoir of war, slavery, and self-discovery, told with aplomb and humor.”

Samuel C. Fletcher (Philosophy) has been awarded a five-year, $442,998 CAREER grant from the National Science Foundation (NSF) to develop new conceptual foundations for statistical testing and estimation, as they are used in science and medicine.

Professor Erika Lee (History and Asian American Studies) has been elected the president-elect of the Organization of American Historians.

Professor Emeritus Charles Baxter (English) has won the 2021 PEN/Malamud Award for Excellence in the Short Story.

Associate Professor Jack DeWaard (Sociology) has received a Russell Sage Grant for his project, "COVID-19 and Internal Migration across the Urban-Rural Continuum." 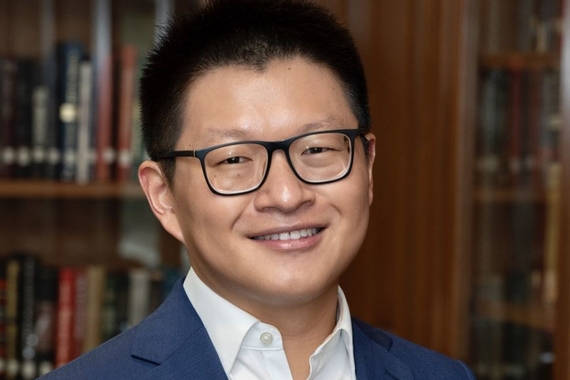 Alvin Zhou, a new assistant professor at the Hubbard School of Journalism and Mass Communication, teaches his students to become “digital-savvy strategists” in a world that’s 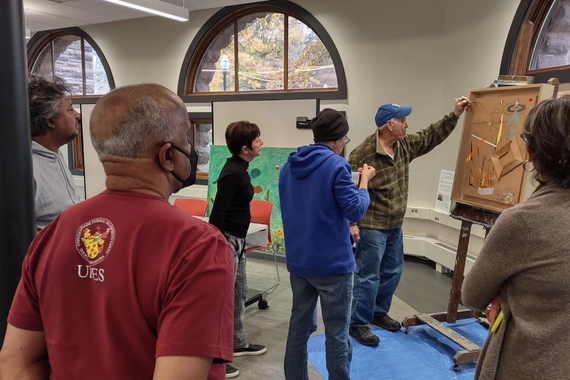 Voice to Vision: Finding the Unexpected Significance in Survivor Stories

With a mission to unveil hidden truths, David Feinberg and Voice to Vision help human rights abuse and genocide survivors discover the unexpected meaning of their abstract 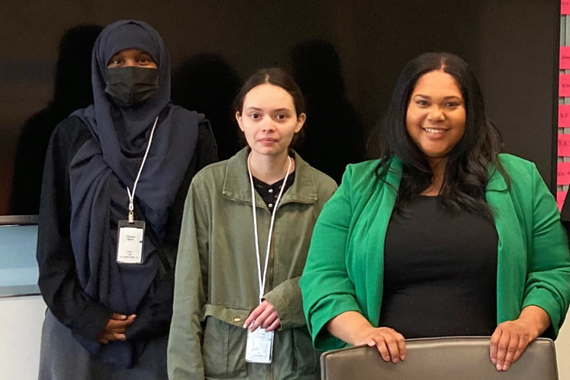