Joan Aldous: A Legacy for Innovation 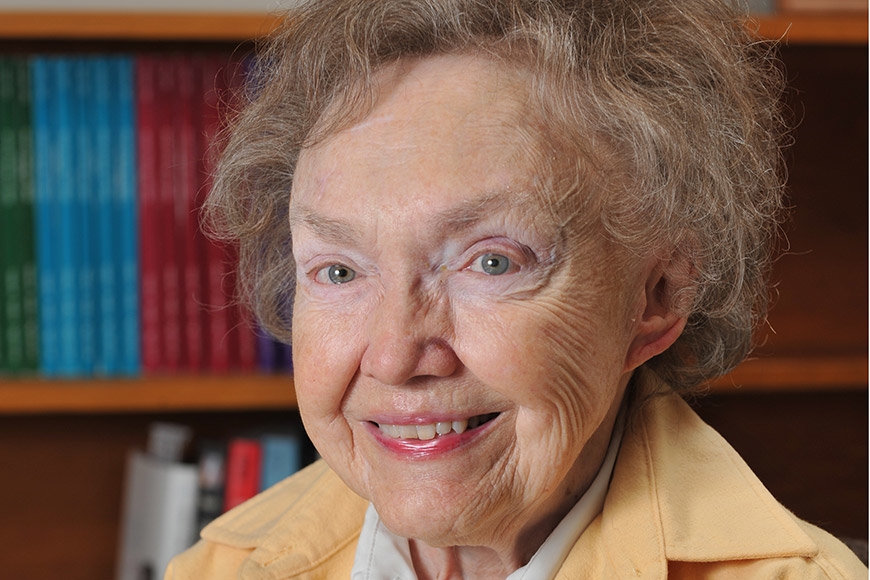 When Joan Aldous was a sociology professor at the University of Minnesota in the 1960s and ’70s, the University had not defined a “grand challenge” and the College of Liberal Arts had not called its plans a “Roadmap.”

But just as CLA pursues its 21st-century vision of becoming a destination college and mapping a strategy to do that—its “Roadmap”—Aldous has created a personal and financial legacy that is not only meaningful, but timely as well. It comes at a time when the College aims to invest in grand challenges—what Dean John Coleman describes as “engaging in meaningful ways with society’s most pressing issues.” They are, he says, “a great opportunity not only to showcase our existing areas of excellence, but also to consider new and creative ways to apply our unique talents for the greater good of our state, our nation, and our world.”

CLA knew a gift was included in Aldous’s estate plan.  After she died in October, though, the College was delighted to learn that the gift is more than $1 million.  The gift is undesignated: The College can use it however it chooses, at the discretion of the dean.

“Joan’s story is so inspirational,” says Coleman, “in terms of both the life that she lived and the legacy she left. She had a commitment to the greatness of this whole institution. She was willing to entrust future generations in this college to make decisions about where her financial legacy could be best used. That kind of commitment is inspiring.”

The synchronicity between Aldous’s gift and the College’s ambitions is almost uncanny. As Coleman talks about key Roadmap goals, he envisions an “innovation fund” that would invite proposals for pilot projects to advance the Roadmap's four goals.

“It’s very important that we have a sense of an innovation culture, where we're always testing ways to meet our goals," says Coleman. “One of the realities of trying to think creatively, innovatively, and strategically is that you can generate very productive ideas that could lead in all sorts of interesting directions. But unless you’re able to move those ideas quickly in a concrete way, the energy that drove the ideas can dissipate very rapidly. This fund assures that the energy and the momentum stay. We have great wisdom and creativity in this college, and we need funds to get great ideas off the ground. Joan's fund helps us do that and be creative, strategic, and risk-taking."

Joan Aldous understood that very well. She called her time at the University of Minnesota—where she got her PhD in 1963 and served on the faculty from 1963 to 1975—“the halcyon days, when the federal government had the dollars to encourage social science research,” and she was able to get full funding for her work in family and gender studies. "These days, however, funding—especially for innovative research—is more restrictive. Joan wanted funds available wherever the need was.”

In one letter accompanying a gift in 2007 she wrote that the funds “could be used to supplement undertakings in the College of Liberal Arts where additional funding was needed... It could supplement a research proposal from an outstanding professor… It could also be used as a travel grant or a research stipend to a student whose study needs more funding than is available from available monies.”

This is a good summary of how Coleman envisions the innovation fund. Each year, he says, the College hopes to have a set of themes and goals to drive initiatives, which can “tie these units together so we’re all moving in the same direction.”  The first year, for example, might concentrate on ideas to promote the CLA Roadmap goals of increasing diversity and deepening public engagement, where faculty and students could “learn from each other and see what might work to create effective ways to address these issues.”

Hearing about an innovation fund would be music to Joan Aldous’s ears, for she was always an innovator. She was a trailblazer as the first woman professor in the sociology department and fought for women’s rights on campus.

“During these confrontation-filled days of the late 1960s, I set aside the book of protocol and along with other uppity women professors and students at the U, we pressed for more women faculty and higher salaries for them,” she once wrote.

“In the situation we’re in now, we want to think creatively about the drivers that got us here and how can we improve,” says Coleman. “The Aldous fund will be a tremendous help in looking at some ideas and seeing which ones gain traction. It’s an investment in transformative change.” 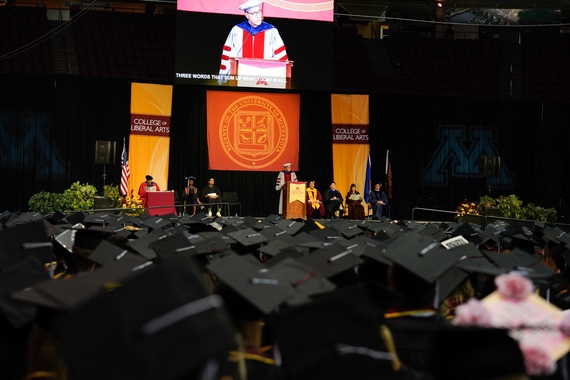 Dean of the College of Liberal Arts John Coleman welcomed 3,770 graduates to the ranks of UMN alumni in person for the first time since our world changed because of COVID-19. 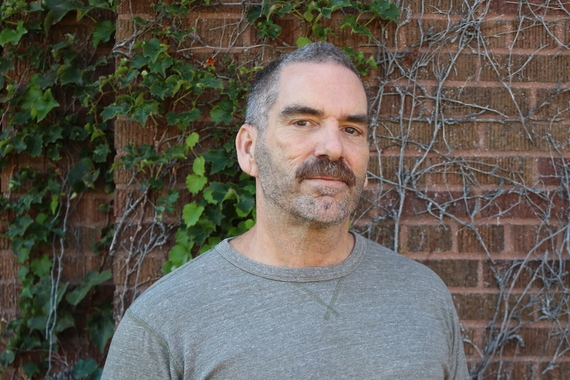