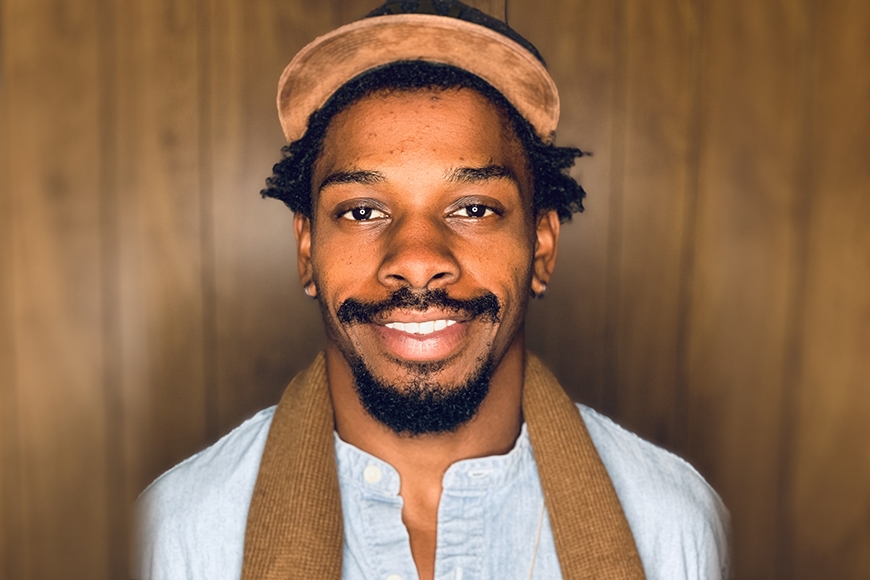 “My goal is to change the future and you don’t do that by writing in [academic] journals. You do that by impacting the youth,” says Dwight K. Lewis Jr., a new assistant professor in the Department of Philosophy.

Lewis was drawn to the University of Minnesota because of his department’s faculty and their demonstrated commitment to inclusivity. In the classroom he can be found lecturing on concepts related to Africana philosophy, the focus of his research. However, Lewis hopes to make all disciplines more accessible by showing students that they can do important academic work no matter what they look like or where they came from.

Early in his college career, Lewis felt pulled towards philosophy because he wanted to bridge the gap between the world of academia and the harrowing experience of growing up Black in America. “You can't help but deal with the existential problem of your skin at a very young age,” explains Lewis.

The study of philosophy gave him a framework to explore concepts of who we are and how we got here from voices that are often left out of the conversation. Even though he saw the value of studying philosophy as a Black man, he still had doubts about whether he belonged in the field. In his senior year, Lewis asked his mentor if people who looked like him could even do academic work. “I didn’t read [research by or about] anyone like me or meet anyone who was Black,” he recalls. This mentor took Lewis under his wing and encouraged him to continue with his studies. Lewis credits this relationship as a driving force in his success, and he hopes to continue this important cycle of mentorship with his own students.

The Department of Philosophy has been committed to their diversity initiative for several years now. To continue making strides towards inclusion, Lewis and fellow philosophy faculty members Jessica Gordon-Roth and Bennett McNulty are founding a program to help make syllabi more diverse, connecting employees with training, and encouraging self-awareness. This program, called the Minnesota Center for Canon Expansion and Change, "aims to teach instructors how to create a safe, vibrant learning environment that speaks to a multitude of perspectives, and allows students to learn about philosophers with voices like their own."

Lewis believes that inclusive philosophy is characterized by allowing each other to be open, make mistakes, and grow. In order to create an inclusive environment, Lewis has been a part of several different projects across a variety of media regarding what it means to be Black in the world of philosophy. For example, in his podcast Larger, Freer, More Loving, Lewis discusses topics relevant to his research while exploring the ability to be open and free. “I want [my podcast] to have this sensual depth that allows us to step into our vulnerabilities and be wrong and to grow from that wrong,” Lewis says. “Vulnerability is the only driver for true change.”

In partnership with other faculty in his department, Lewis strives to break past the outdated practices for an education in philosophy. He believes that education is experience and that the syllabus should be a starting point meant to encourage self-guided learning and reflection, not the entire point of the course. “I’m not trying to put you in a box. Create your own box,” he says.

To create a more engaging way of learning about Africana philosophy, Lewis has started writing a student handbook to read alongside the work of Anton Wilhelm Amo, the first African to earn a doctorate from a European university, and the focus of Lewis’ dissertation. Amo is important to Lewis because “[he] allows me to show students that Black intelligence was visible a long time ago. We were present and doing things the same way white people were doing them for a long time.” With Lewis’ book, students will be able to interact with Amo’s philosophical work while also exploring concepts such as race and justice as they apply today.

A Reason for Hope

Philosophy continues to evolve as times change and hope burns on. For Lewis, a big part of this hope for growth is the current generation of college students. As an educator, he sees a brokenness and a fight in the younger generations. He believes they hold the power to mend the world and bring people together to start a movement of change. “I'd stand behind Gen Z in a second,” says Lewis. “If they’re leading, I’ll follow.”