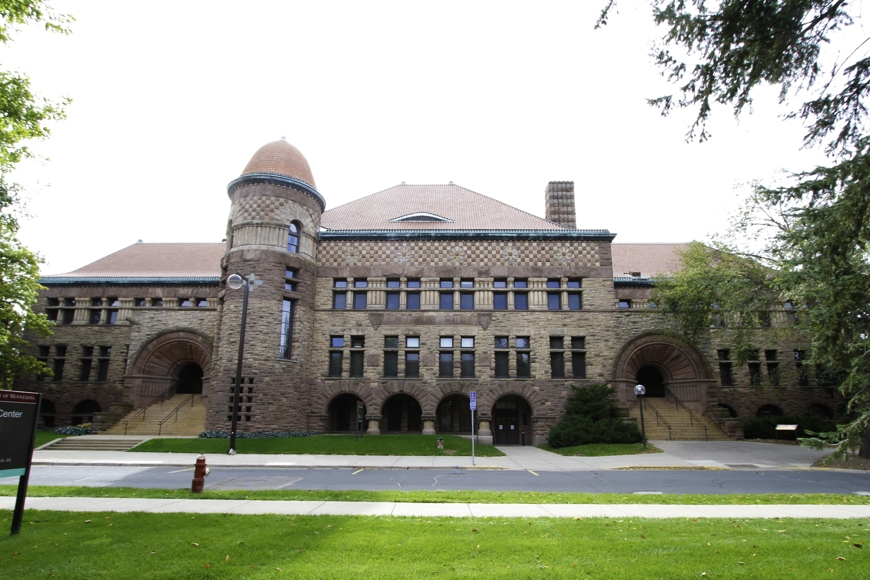 Pillsbury Hall was first suggested as a home for the Department of English by Interim Dean of College of Liberal Arts Robert Holt in 1996. 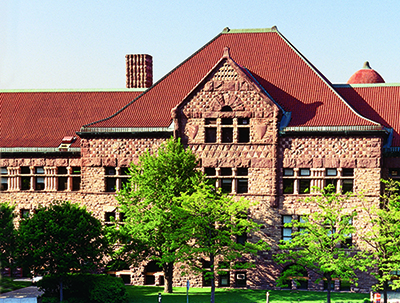 Pillsbury Hall fits the Department of English very well, as space assessments have shown. Its 30,000 assignable square feet will accommodate faculty and graduate student offices; house the undergraduate, graduate, and creative writing programs; and provide for classrooms. The building also will include spaces for public readings, lectures, and performances: The Department of English offers one of the fullest events schedules in CLA. Finally, space will be available for a publication lab where students will produce two literary magazines and for a Commons where they can work on group projects, meet between classes, and feel a sense of community within the largest humanities major of CLA.

The fit between Pillsbury Hall and the Department of English is not merely a matter of space. The Old Campus Historic Knoll where Pillsbury Hall is located has emerged as a humanities district, with Folwell Hall encompassing language departments, Northrop housing the Institute for Advanced Study, and Nicholson Hall providing homes for Cultural Studies & Comparative Literature and the Writing Center.

After hearing the Pillsbury Hall suggestion, Professors Shirley Garner and Madelon Sprengnether began to research the possibility of a move to Pillsbury Hall, while reaching out to University of Minnesota administrators and community leaders who might assist in the process. Garner and Sprengnether formed a Pillsbury Hall Committee that included members of the faculty and the English Department Advisory Board. They also commissioned two design studies by architectural firms.

An investigation into the soundness of the structure revealed that Pillsbury Hall, while solid, needed serious interior renovation. Layers of remodeling projects bear the marks of various decades, jarring with the historical character of the hall. Mechanical and electrical systems require updating. Shadowy spaces call out for more light. The total package for a re-envisioned, renovated, and furnished Pillsbury Hall was estimated at $24 million in the late 1990s. 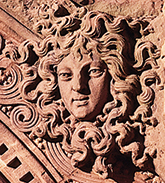 Precedent for renovation surrounds Pillsbury Hall. Other historic buildings nearby were once slated to be “decommissioned,” their space no longer assigned to departments. But University President Mark Yudof (1997–2002), an early supporter of the Department of English move to Pillsbury Hall, pushed for a master plan for the Minneapolis campus, in which historically significant buildings would be restored and brought into active use. In 2005, Jones Hall (1901) reopened as the elegant new freshman welcome center, with its skylight restored, its timber roof structure replaced to meet fire code, and its exterior brick and terra cotta masonry preserved. Soon after, Nicholson Hall showed off a sleek, slimmer self, shorn of a decaying wing and auditorium, its turret reconstructed and its art deco lobby restored.

Celebrating the revival of Nicholson Hall as a home for the humanities, then CLA Dean Steven Rosenstone saw the Old Campus Historic District transformed: “When our vision is fully realized, we’ll have a vital, historic humanities district that will be the culmination of literally decades of planning and dreaming,” said Rosenstone. “I like to think that 50 years or a century from now, students who walk the halls of these venerable buildings will thank this generation of Minnesotans for their commitment to preserving the University’s heritage.”

The push to settle English in Pillsbury received a great boost during President Robert Bruininks’ administration (2002–2011). The Institute of Technology (now the College of Science & Engineering) proposed a new building for the Department of Physics, which would depart the Tate Laboratory. Kathleen O’Brien, then Vice President for University Services, saw that Earth Sciences needed updated labs and could move into a renovated Tate Lab, leaving Pillsbury open for English.

In 2006, Professor Sprengnether organized a field session for the 2007 National Preservation Conference in St. Paul, which focused on exploring the Old Campus Historic District. In conjunction with the field session and with the assistance of the Weisman Art Museum and the Pillsbury Hall Committee, Professor Sprengnether created an exhibit of architectural drawings from the University of Minnesota’s Leroy S. Buffington collection. Members of the Pillsbury family were invited to a special exhibit reception, which highlighted Pillsbury Hall and the plans for renovation.

Then-President Robert Bruininks and Provost and Senior Vice President of Academic Affairs E. Thomas Sullivan co-hosted the event and spoke enthusiastically of Pillsbury Hall as the new home of the Department of English.

In 2012, then-Chair Ellen Messer-Davidow formed a Pillsbury Hall Executive Committee (including Garner and Sprengnether with members of CLA and CPPM/Capital Projects and Program Management), which defined the kinds of spaces that we need: to serve our nearly 500 majors and the 6,000 students we teach annually; to provide spaces for collaborative and interdisciplinary projects for faculty and students across the humanities; and to assist the college and the University in the pre-design process.

Because of its status on the National Register of Historic Places, the Pillsbury Hall renovation project was submitted to the Minnesota State Designer Selection Board, which vetted pre-design proposals from local and national architectural firms. The unanimous selection of this board and the University was Rafferty, Rafferty, Tollefson, Lindeke, in collaboration with the technical and educational resource firms of Goody/Clancy and Rickes Associates. 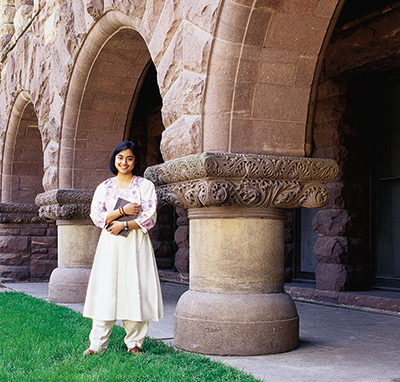 Beginning in 2015, President Eric Kaler made the project a priority. (As he told legislators, "Pillsbury is my favorite building on campus.") In October 2017, the Board of Regents approved the 2018 Capital Budget Request, which included the renovation of Pillsbury Hall. The cost estimate of this project is $36 million. Current English Chair Andrew Elfenbein continued the department's campaign with outreach to legislators and interviews in local media, including The Star Tribune. Our English Advisory Board members, students, and alumni testified on the importance of Pillsbury through letters, emails, calls, and face-to-face meetings with lawmakers.

Victory at the Capitol

After the funding request was presented to Minnesota lawmakers, the house, senate, and Governor Mark Dayton all featured the Pillsbury Hall renovation in their respective bonding bill budget proposals. On May 30, 2018, Governor Dayton signed the 2018 capital projects bill passed by Minnesota legislators, thereby securing $24 million for the renovation of Pillsbury Hall. We in English, CLA, and the University at large are committed to engaging our loyal base of donors and our 10,000 alumni to help meet the University’s $12 million debt obligation for this transformative project.

With the governor's signature, the dream of a permanent home for the Department of English drew much closer to reality. One of those English majors fantasizing a road out of Lind Hall may have put it best: “It is only appropriate,” noted Becky Palapala (BA 2010), “that two of the oldest, most esteemed aspects of University of Minnesota tradition—Pillsbury Hall and the Department of English—should find new life in one another.”