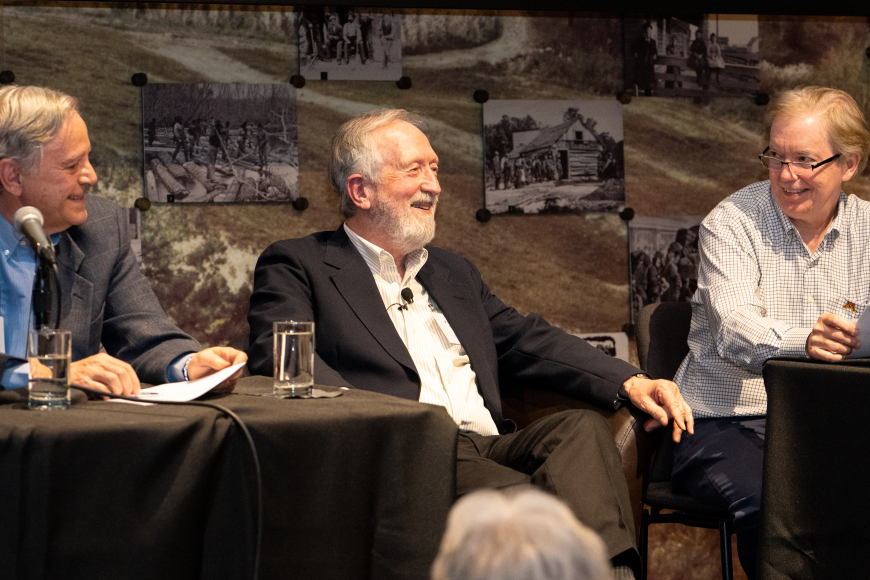 Dennis Cook (center) at the 2019 conference.

After a nearly 50-year career as a pioneer in statistics, decorated and celebrated professor R. Dennis Cook is retiring from the University of Minnesota.

Cook has made several wide-ranging contributions to the field of statistics, including Cook’s distance and the Cook-Johnson statistical distribution. He has authored more than 200 research articles and three monographs, and co-authored three textbooks. In 2005, he received the COPSS Fisher Lecture and Award—a renowned recognition of his status as a world-class statistician.

As he departs from the University, former students reflect on their time as Cook’s mentees, the influence he has had on their academic and professional careers, and their efforts to honor his legacy.

“Professor Cook is a man of few words, serious, clear minded, and focused. Not only does he see both the forest and the trees, but he can also separate the noise from the signal. He is both inspiring and formative,” writes Efstathia Bura, professor at the Vienna University of Technology in Austria and one of Cook’s first female doctoral students.

Bura is co-editor of a Festschrift—a collection of writings that honor a scholar—on Cook’s contributions to the field of statistics. The Festschrift consists of “nine scientific articles authored by Cook’s students, collaborators and their students, and researchers influenced by his work,” Bura explains.

Bura says she was “honored” to accept the opportunity to serve as editor, working with Cook’s research colleague Professor Bing Li, who joined Bura as co-editor, to put the volume together.

“[Cook] has the ability to go beyond the surface and appreciate the potential of a new method, especially vis-à-vis in other, even, at first sight, unrelated contexts,” Bura says. “He is a great teacher. He is also tenacious, which is something I have come to highly appreciate in the course of my career and life in general.”

The idea for the Festschrift was conceived in 2019, around the same time Cook’s past students organized a conference celebrating his contributions.

Cook’s Distance and Beyond

Professors Christopher Nachtsheim and Liliana Forzani—both Cook’s past doctoral students who are now actively working on new books with him—organized the aforementioned conference.

The two-day event, Cook’s Distance and Beyond: A Conference Celebrating the Contributions of R. Dennis Cook, was originally planned to feature “globally-famous statisticians,” Nachtsheim says. However, Cook insisted only his former students would be invited and allowed to speak at the conference.

“As the conference made clear, he is worshipped by his former doctoral students without exception,” reflects Forzani, of the Universidad Nacional del Litoral, Argentina.

Reflecting on her time as one of his students, Forzani praises the legendary statistician as a kind and generous professor. “He has a wonderful, if dry, sense of humor,” Forzani says. “He is a deep thinker and an iconoclast, which is perhaps why he has been so successful as a researcher. [Cook is] a hard worker, an innovator, and a person who makes connections between concepts you could not anticipate.”

Nachtsheim, now a professor in the University of Minnesota Carlson School of Management, shares Cook’s influence on his journey as someone with “no intention of being an academic,” to being offered a position as a professor. Research “suddenly became enjoyable,” he says, “thanks to Dennis’s inspiring mentorship.”

“If I ever hit a roadblock in my work, a meeting with Dennis would generally get me right back on track,” Nachtsheim explains. “My thesis progressed so quickly that, within a year, the research was complete.”

A conference panel with Cook was transcribed and published in Statistical Science (2021, Vol. 36, No. 2, 328–337). During the panel, Cook detailed major milestones from his career and personal life, and provided an outlook on research philosophies and insight into his future. “The most important thing [for graduate statistics students] is to pick problems that you enjoy working on and to work on them for the enjoyment that you get from them,” offered Cook. “If you can do that, everything should fall into place.”

Moving On, Giving Back

As Cook retires, contributions in his name have been made toward the education of statistics students at the University through the Dennis Cook Family Fellowship. The School of Statistics’s development officer Robyn Rost explains that “when Dr. Cook announced his intention to retire, several alumni expressed an interest in honoring his career by establishing an endowment in his name. Dr. Cook was flattered and immediately agreed.” One generous, anonymous donor agreed to match all gifts up to $25,000, which inspired even more alumni and friends to donate to the fellowship, Rost says.

The robust support for the fund, Rost says, not only reflects Cook’s impact on his field and the School of Statistics, but it also “shows how outstanding professors can impact the lives of students long-term.” 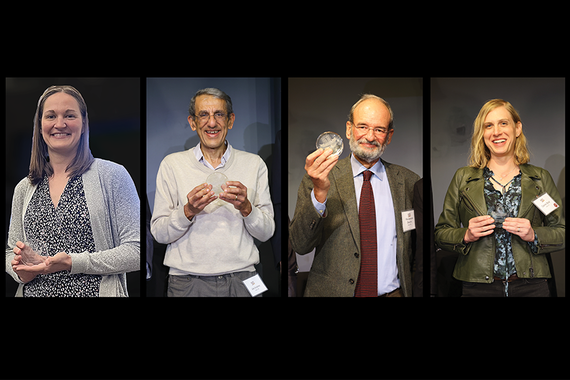 Alumni Award winners share memories of their graduate school experience, insights about how statistics has evolved since they were students, a sneak peak into their careers 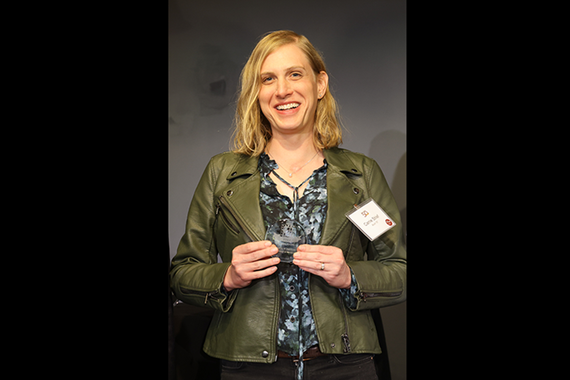 “Using the abstraction of infinite mathematics to solve real life problems has always been intellectually engaging for me,” reflects alumna Carrie Strief (PhD, ‘07), whose 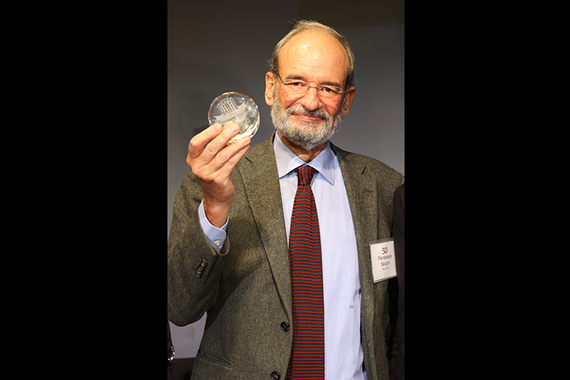 Head of the Department of Mathematics of Politecnico di Milano from 2009-2016, alumnus Piercesare Secchi (PhD, ‘95) describes his career as challenging and gratifying. He