Celebrating a Legacy: Looking Back on Glen Meeden’s Career 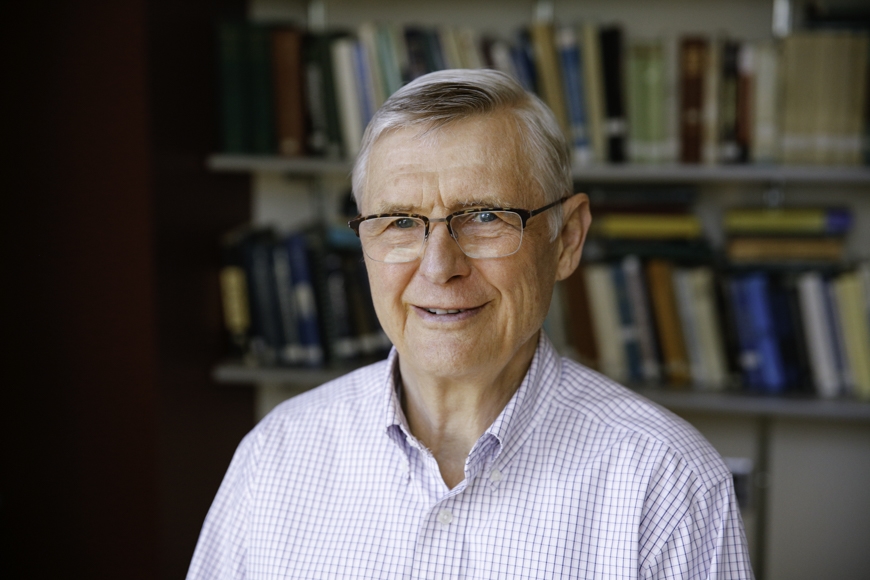 “If you asked a statistician fifty years ago what statistics was all about, the two most popular answers would have been ‘making sense out of the data’ and ‘making good decisions,’’’ says Professor Glen Meeden, who explains that statistics has evolved into much more today. Meeden, who retired in May 2020, joined the School of Statistics faculty in 1989.

During his 31 years at the U, he served as the School of Statistics director of graduate studies before becoming director of the school, in addition to professor and friend to many in the department. Meeden has left an impact on statistics academia, the campus community, and his students and colleagues alike.

“Meeden is an accomplished scholar, a good teacher, and a very valuable, hardworking member of the department,” says Bill Sudderth, a professor emeritus who first met Meeden when he joined the faculty in 1989. Carrie Strief, a former student of Meeden’s who graduated with her PhD in 2007, agrees, describing Meeden as “a gentleman and a scholar.”

The Journey to Minneapolis

Meeden grew up in a village 50 miles outside of Detroit, Michigan, attending class in a two-room school house with only about 50 students total enrolled in grades kindergarten through eighth. As Meeden recalls, “Math was always my favorite subject. The school did not have a library, so when I was in second grade, for Christmas, my parents gave me a set of small booklets, written for kids, about famous scientific discoveries. I found the idea of finding a new bit of knowledge quite exciting.” Meeden’s desire to learn new information, no matter the subject, never dissipated.

During his undergraduate studies at Eastern University, Meeden pursued his favorite subject and majored in math. Here he had his first real taste of statistics from the textbook Statistical Theory, written by Bernie Lindgren, a professor at the University of Minnesota School of Math, who, years later, became a colleague of Meeden’s in the School of Statistics. This became Meeden’s favorite class, and sparked a new interest; he was eager to learn more about statistics.

After completing his undergraduate degree, Meeden went on to receive a master’s degree and a PhD in mathematical statistics from the University of Illinois in 1968. Things were different back then; Meeden explains, “Only three of the 16 courses I took were about statistics.” Nonetheless, Meeden’s interest in the field was strong. “I knew I wanted to learn more statistics, so I wrote to several stat departments asking if they had any positions and ended up at Iowa State,” he explains.

Meeden worked in the Department of Statistics at Iowa State for 21 years before joining the faculty at the University of Minnesota. While conducting research at Iowa State, he came across the Bayesian approach to talking about uncertainty, which, “at the time, was definitely a minority position.” Meeden became involved with a group of statisticians who studied Bayesian theory. This is how he met Seymour Geisser, a committed and vocal Bayesian supporter, and the founding director of the School of Statistics at the University of Minnesota. “[Geisser] encouraged me to apply for a position [at the U] in 1988,” states Meeden, who has been here ever since.

Meeden’s connection to Bayesian statistics wasn’t the only reason he chose to continue his professorship at the U. “Another reason why I came to Minnesota was because, at that time, the school was a leader in statistical computing,” he elaborates. All his research until that point had been conducted the old-fashioned way with a pencil on paper. Meeden explains, “If I worked on a problem that needed some computing done, it was my coauthor who did the necessary work.” The appeal of learning how to use a computer to solve statistical problems won him over. “With a lot of help from my colleague Charles Geyer I became a competent user of R; thank you, Charlie,” Meeden says.

With the creation of personal computers, Meeden has seen the world of statistics evolve into a computing science. He believes this shift has made statistics education more accessible. As Meeden explains, “The availability of free, open source computer packages has made it much easier to design and teach good introductory courses.” Courses aim to teach students how to analyze and understand data beyond just the numbers on the page. Meeden points out that many students take statistics courses believing they will be similar to math because of all the equations, when in reality statistics isn’t pure math, but rather “a combination of math and philosophy.”

For the past 20 years or so, the primary focus of Meeden’s research has been survey sampling. Meeden relates, “I got interested in survey sampling quite by accident. In the 1980s Malay Ghosh, a professor at the University of Florida, and I found a simpler and more elegant way to prove admissibility of the sample mean for estimating the population mean. Although not strictly Bayesian, it gives an objective way to use prior information in the survey sampling setup to come up with a pseudo posterior distribution.”

Although statistics is Meeden’s niche, he has maintained his passion for lifelong learning in a variety of topics. As both a colleague and a friend, Sudderth says, “Sometimes we talk about math or stats, but we are more likely to talk about history or science or politics, almost anything. Meeden has wide interests and reads a lot of books.” Strief agrees, adding, “Meeden brought such class to the department with his well-rounded intellectual pursuits. I enjoyed chatting with him about chamber music and the New Yorker magazine as much as I enjoyed his statistical musings.”

Meeden is an accomplished statistician, but he never let his personal and professional pursuits get in the way of supporting his students and colleagues. “During my first year of study, Meeden organized the ‘student seminar’ course, where each student got to present some research. Meeden was also a pretty regular attendee at Friday afternoon department happy hours,” says Zimmerman.

For Strief, Meeden was more than just a thesis advisor. “Meeden certainly shaped my intellectual stance on sampling theory, but I think of him most fondly as a mentor and friend during the harrowing days of independent thesis research. Meeden modeled patience, confidence, and generosity while serving as my advisor,” she remembers. Siamak Noorbaloochi, another one of Meeden’s advisees agrees, elaborating, “Personally, he has always helped me (and so many others) without hesitation. He taught me how to be a better human. I am so lucky to have met such a sage.”

Meeden has also served on the University grant selection committee multiple times, helping to select which faculty members will receive research grants. Meeden enjoys serving on this committee, as “[he is] always impressed by the variety and scope of the projects that are described in the applications.”

Meeden might be officially retiring, but as Noorbaloochi says, “if you love something you will never retire from it, and Meeden loves life, humanity, and statistics for sure.”  In addition to his book, Meeden has written more than 85 published research papers throughout his career and in the next few years plans to write a few more and create some R packages.

Throughout Meeden’s career he has seen many changes in the world of statistics and, more generally, higher education. As Meeden says, “The modern research university is a wonderful, knowledge generating institution. The current coronavirus pandemic is an unwanted reminder of how important universities are. In the past few years, as I walk around campus, I am often struck by the image of all the people in buildings busily trying to learn more about the world. Then I remind myself how lucky I have been to be part of this process and, for the past 31 years, to be at the University of Minnesota.” 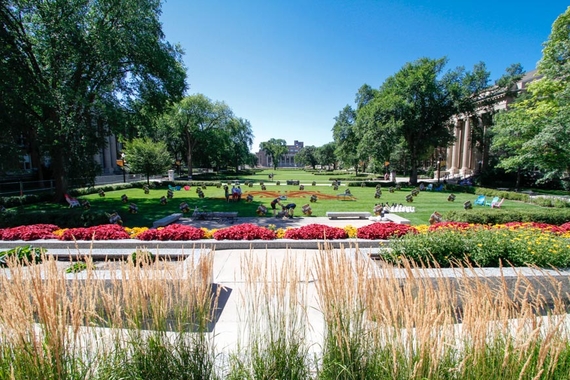 Spring 2022 news and highlights from the School of Statistics. 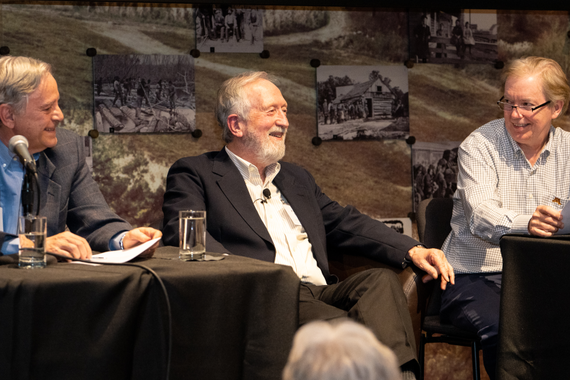 As he retires, past students of Professor R. Dennis Cook celebrate his contributions and influence on the field of statistics and reflect on how he inspired them in and out of 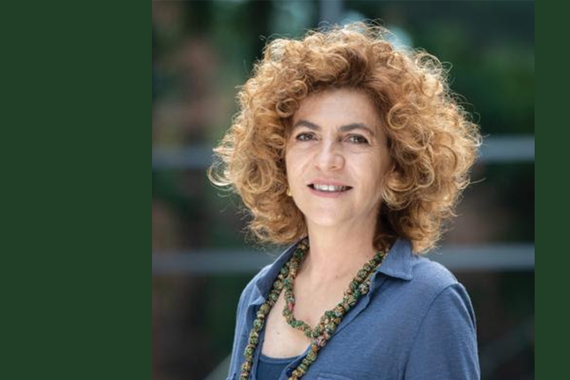