The Voyage of Voice to Vision with Professor David Feinberg

When art professor David Feinberg props up a piece of mixed-media artwork from the Voice to Vision project on an easel in his Como studio, it is often described as “abstract.” There are shapes everywhere, vibrant colors in unexpected places, and intricate patterns. A few pieces include three dimensional additions, like toy cars, mirrors, and dolls. Each is unique to the others around it, as unprecedented as the story and process that made them—and there are stacks of crates, all full of art pieces, that line the studio as far back as the eye can see.

These paintings are all part of the Voice to Vision project, a collaborative effort of artists and genocide survivors. Organized by Feinberg, they come together to create works of art that convey the stories and experiences of the survivors—whom Voice to Vision refers to as storytellers. Feinberg founded the project in the early 2000s with the help of the late Stephen C. Feinstein, who at the time of the project’s conception was the director of the University’s Center for Holocaust & Genocide Studies. It continues today with the help of undergraduate and graduate students, volunteers, and alumni. The scope is broad, the process is complex, and the impact is incredibly meaningful for anyone who comes across it. Feinberg calls it “a memory project.” He says that for those who take part, it is about where they’ve been, where they are going, and how they, and others, can relate. “We’re trying to create a tool for them to find the presence of the work,” he explains, referring to the developmental process of the project.

The art produced for the Voice to Vision project is not illustrative or linear, and that is something established early on in Feinberg’s creative process. To combine both the act of telling the story and the making of the art, edits and revisions are constantly made throughout the project, and they are all made democratically through open discussion.

Feinberg starts by presenting participants with various cards or canvases to choose from, each carrying different arbitrary marks. This becomes the foundation for their piece. Then, as participants tell their story—oftentimes in a nonlinear fashion, working off of bits and pieces of their memory—to Feinberg and the larger group, the storytellers break memories down into shapes and abstractions, which they add onto their canvas. Feinberg refers to these first marks as their “visual DNA.” As both the art and the story of their survival progresses, something of unexpected significance can culminate in “the wow factor” that makes a piece effective. If they include any literal testimony, it is presented on the piece’s title card.

“It’s about using visual language to share the stories,” Feinberg says. “Some stories are beautiful acts of bravery, others are just ugly. If you just paint a picture, it's too horrifying, there’s no relation.” Creating this art is about creating empathy, which is why the pieces are abstract; they are meant to target feelings, as described by artist, J. Wren Supak (MFA '15), and a candidate in the Master of Human Rights program candidate at the Humphrey School of Public Affairs and College of Liberal Arts, where she focuses on the role of art in post-conflict justice. “There is something [within the storytellers] that comes out through the artistic process differently than in testimony.” It can be incredibly taxing on participants, project initiators, family, and friends, but is always worth it in the end.

Despite having a long and storied history, Feinberg stresses that the 2018 spring semester is critical for the Voice to Vision project as it continues to expand. He has been working closely with Professor Luis A. Ramos-Garcia, director of the State of Iberoamerican Studies Series: Human Rights and Theater, for the Department of Spanish and Portuguese Studies. They were awarded a Grand Challenges grant and took a group of participants to Bogotá, the capital of Colombia, from March 24 to April 1. There, art from the Voice to Vision project was on display in La Teatro Candelaria, a historical theater in the downtown neighborhood of La Candelaria during El Festival de Teatro Alternativo, an international film festival that hosts both regional and international groups for forums, workshops, discussions, and debates focusing on the theatrical movement and community. The Voice to Vision team worked with Mothers of Soacha on an art workshop creating source material for future artworks about their experiences.

The Mothers of Soacha are parents of 19 young Colombians who, in early 2008, were recruited by soldiers with the promise of work, but were instead outfitted as guerillas and then killed in fake combat operations so soldiers could claim days off or cash payments for killing “rebels.” Hundreds of these cases became known as “false positives” in Colombia, and Feinberg says that while this phenomenon is known in South America and Europe, it is much more of an obscure topic in the United States. He and the other project members on the trip were the first to interview the Mothers of Soacha through art.

Feinberg still receives calls from people who have participated in the project in the past, whether it is to ask for advice or just for a quick chat. The bond that forms when working on these projects “lasts forever,” he notes, and Supak agrees. “The story that comes out,” she says, is “about humanity and dignity in storytelling, it’s about the human condition. History books leave out the specificity of the human experience and it’s on those common human threads that all people relate.” But, piece by piece, the Voice to Vision project is painting it back in. 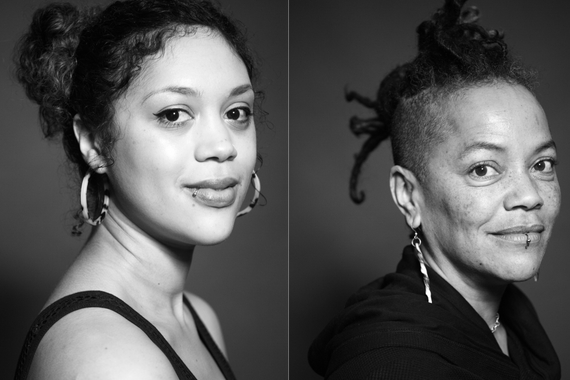 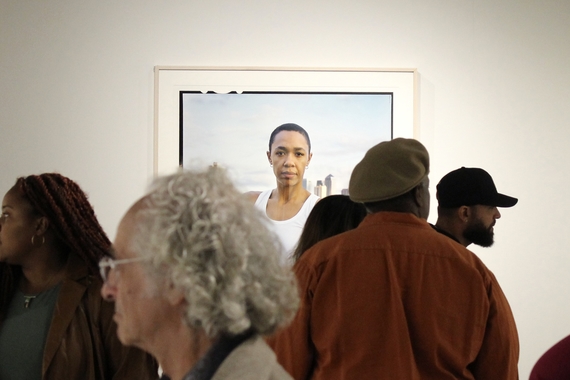 U of M exhibition: ‘Largest assemblance of Black American photography ever’

Via Kare11: “A Picture Gallery of the Soul” at the Katherine E. Nash Gallery is believed to represent a cultural milestone, on view through December 10 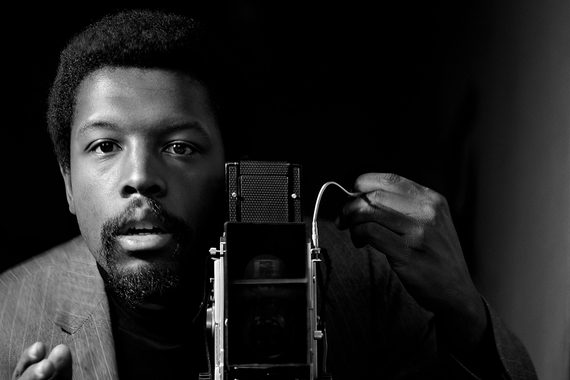 A Picture Gallery of the Soul