Established in 1984, the Kann Memorial Lecture is our most prestigious public lecture, and is delivered by a renowned scholar with an international reputation. Kann Lectures are open to the University community and the general public. Admission and/or registration are free of charge. We publish an expanded version of each Kann Lecture in the Austrian History Yearbook. 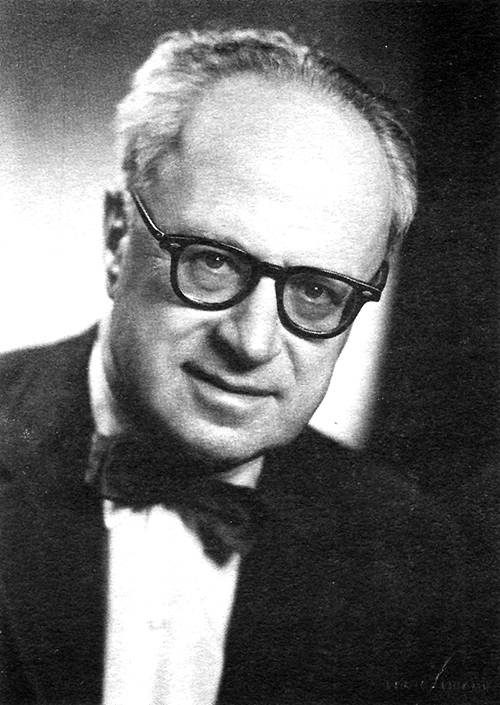 Robert A. Kann was born in Vienna and studied law at the University of Vienna, where he earned a Dr. Juris in 1930. In 1938, he interrupted a promising law career, and, in the face of the National Socialist threat, fled with his wife Marie. After finding refuge in the United States, he devoted himself to studying and teaching Austrian history. He completed his PhD in history at Columbia University and served on the faculty at Rutgers until his retirement as professor emeritus in 1976. He returned to Austria as a visiting professor and was appointed Honorarprofessor at the University of Vienna shortly before his death.

As a scholar, Kann studied how the forces of conflict and integration interacted in history and became the leading authority on the evolution of ethnic tensions within the Habsburg Empire. Among his most important works are The Multinational Empire: Nationalism and National Reform in the Habsburg Monarchy, 1848–1916 and A History of the Habsburg Empire, 1526–1918. In his personal life and in his work, he demonstrated a mediating nature, artfully blending both Austrian and American themes and perspectives.

In 1982, the University of Minnesota was privileged to acquire Robert A. Kann's personal library. Consisting of roughly 5,000 monographs, the collection is noted for its breadth, depth, and integrity as the product of a single collector. The Kann Collection now forms an integral part of the Special Collections and Rare Books Division at the University of Minnesota's Elmer L. Anderson Library Archives Center, serving as a valuable resource for scholars in Austrian history. The inaugural Kann Memorial Lecture in 1984 dedicated the collection.