Gabriella Granada co-founded a campus group, among other accomplishments 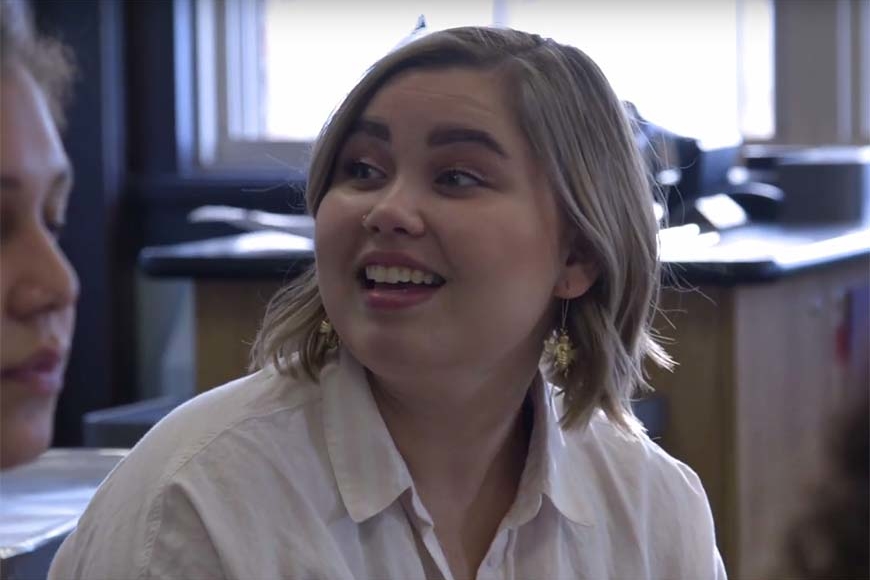 English major Gabriella Granada is featured in a new College of Liberal Arts video celebating undergraduate leadership on campus. As the video notes, Granada is a violence prevention educator and certified sexual assault crisis counselor for the Aurora Center; she speaks to students and faculty across campus on issues of gender-based violence. She also served as Vice President for the University of Minnesota She's the First organization, which advocates and fundraises for the education of girls worldwide. Last year, she co-founded the campus group Multiracial Student Union.

In 2018, Granada was honored with the President's Student Leadership and Service Award and the Zander Alumni Award for Outstanding Student Leadership. In addition, she received the Talle Family Scholarship for 2018-2019. A senior, she's an honors student and a published writer. Read more from Granada.