Fiction, poetry, memoir, and criticism from faculty and alums! 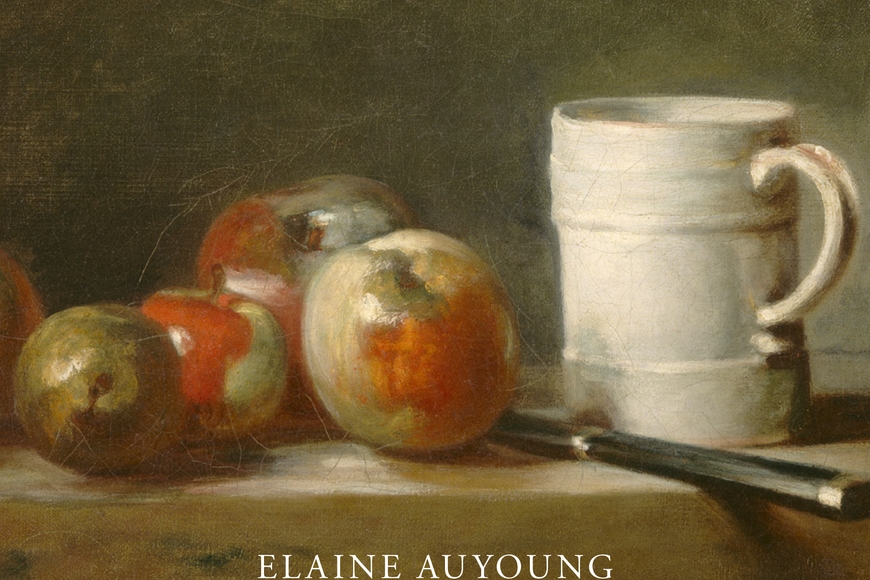 Maureen Aitken (MFA 1997)
The Patron Saint of Lost Girls (Nilsen Prize for a First Novel) [fiction]
Southeast Missouri State University Press
From The Star Tribune: “There are more than a few moments of reckoning in this fine collection of linked stories [set] in a down-on-its-luck Detroit that Maureen Aitken manages to make as homey and familiar as it is broken and blighted. . . . Against this vital, dying cityscape, where ‘everyone who was robbed or attacked had a piece of advice: don’t be a girl,’ Mary falls for impossible guys—a scavenger of abandoned houses, a heroin addict. ‘How did I miss it?’ she says. ‘How could I not see? How could I trust anything?’ And yet, with every disappointment, every troubling encounter and failed liaison, come the quiet epiphanies that make Mary herself. Aitken ultimately gets her character, following yet another guy, to the Twin Cities (cold comfort!), where her ever more powerful brew of sharp comedy and sharper pathos almost—almost—prepares us for her heartbreaking last chapter.”

Assistant Professor Elaine Auyoung
When Fiction Feels Real: Representation and the Reading Mind
Oxford University Press
From the publisher: "Since their first publication, nineteenth-century realist novels like Pride and Prejudice and Anna Karenina have inspired readers to describe literary experience as gaining access to vibrant fictional worlds and becoming friends with fictional characters. While this effect continues to be central to the experience of reading realist fiction, the capacity for novels to evoke persons and places in a reader's mind has often been taken for granted."
From Alex Woloch, Stanford University: “When Fiction Feels Real focuses on an almost dangerously fundamental literary question: how does fictional representation actually work? How are novel readers led to see words as worlds? Elaine Auyoung pursues this question at the intersection of author and reader, aesthetic technique and cognitive psychology. By keeping such a steady eye on the how of literary realism—rather than on its causes or its implications—Auyoung has carved out a new and inviting field of scholarly inquiry.”

Mary Casanova (BA 1981)
Hush Hush, Forest [children's picture book]
University of Minnesota Press
From Kirkus Reviews: “Casanova’s singsong rhyming text is filled with evocations of the quiet busyness of common forest animals—deer, bear, beaver, and owl, among year-round residents, and such summer visitors as loon and hummingbird—as they prepare for winter months ahead. The narrative doesn’t give nature information so much as it soothes and quiets readers’ spirits with its gentle and lyrical telling of preparation and rest. Wroblewski’s full-color woodcut illustrations feature masterful design in their overall composition and accuracy in their depiction of nature. . . . A superb story to read to nature lovers at bedtime.”

Professor Ray Gonzalez, with Lawrence Welsh and Bruce Berman
Cutting the Wire: Photographs and Poetry from the US-Mexico Border [poetry]
University of New Mexico Press
From the publisher: “A masterful collaboration offers us a way to look again, to really look, at the border between Mexico and the United States. Berman, who has photographed and lived in El Paso for decades, is a documentarian who uses his camera to record what's in front of him rather than for, as he puts it, ‘mere self-expression.’ Berman's visual investigations of the everyday realities of the border—detention centers, smeltertown cemeteries, kids playing along a river levee, descanso crosses on telephone poles for the disappeared—are exactly the stuff the poetry of Gonzalez and Welsh is made of. The multilayered histories of the border landscape provide an inexhaustible supply of rich and fertile raw material for both Gonzalez and Welsh. But their poetic visions allow them to capture elements of a personal and collective past that historians have often failed to record.”

Donna Isaac (MA 1983)
Footfalls [poetry]
Pocahontas Press
From author Deborah Keenan: “Footfalls—what a delight! Isaac’s open-hearted, open-minded attention to history, personal, cultural, political, is moving and inspiring. She honors these memories by going for the details, visions of landscapes, ideal images. Beyond the remarkable stories she tells is the way she tells them: a bounty of references to great songs that carry the meaning and feeling of this particular Southern history, and the beauty of her structures . . . we are moved, given access to joy, given clear paths to our feelings of sorrow. This collection will find many readers, and I am happy for every one of them!”

Brian Laidlaw (MFA 2011)
The Mirrormaker [poetry]
Milkweed Editions
From Publishers Weekly: “Poet, songwriter, and musician Laidlaw follows The Stuntman with more work that superimposes the myth of Echo and Narcissus on the Minnesota landscape through the story of Bob Dylan and Echo Helstrom. . . . The land feels hollow, literally so, for this is mining country, where ‘the slagpile plus the ore is the size of the hole.’ As with Laidlaw’s first book, [the release features] a companion album of original music. Though there is sadness and detachment in Laidlaw’s poems, he finds ways to get readers in the right frame of mind: ‘sun knives the trees / then it stitches them back up.’”

Professor Nabil Matar, editor
The United States Through Arab Eyes
Edinburgh University Press
From the publisher: “The first Arab immigrants to New York or Alaska or San Francisco were ‘small’ men and women, preoccupied with eking a living at the same time as confronting the challenges of settling in a new country. They had to come to terms with new race communities such as Indians, Chinese, and Blacks, the changing role of women, and the Americanisation of their identity. Their writings about these experiences—from travellers and emigrants, rich and poor, men and women—took the form of travelogues and newspaper essays, daily diaries and adventure narratives, autobiographies and histories, full-length books published in the Ottoman Press in Lebanon and journal articles in Arabic newspapers printed in Philadelphia, Boston, and New York. Together they show the transnational perspective of immigrants as they reflected on and described the United States for the very first time.”

Alison McGhee (MA 1992)
Dear Sister [middle grade children's fiction]
Atheneum/Caitlyn Dlouhy Books
From Publishers Weekly: “Letters, drawings, and homemade coupons form this epistolary accounting of two siblings’ young life together, a portrait of frustration and love that spans 10 years: from the birth of Sister to her 10th year, when her brother departs for college. The missives Brother sends reveal his feelings—notes their parents (‘the wardens’) make him pen, apologies (also forced), and sibling progress reports (‘Whininess: Excellent’). Initially, Sister is an annoyance (she cries, insists Brother read a book for the ‘763rd time,’ fails to respect restroom privacy). But affection grows between them, and amusement and tenderness come through. . . . The authentic sibling relationship may border on nostalgia, but it offers a meaningful look at one of life’s realities: sibling-hood and all its foibles.”

Trenton B. Olsen (PhD 2014)
Wordsworth and Evolution in Victorian Literature: Entangled Influence
Routledge
From the publisher: “Victorian authors like Matthew Arnold, George Eliot, Robert Louis Stevenson, and Thomas Hardy . . . turned to Wordsworth as an alternative or antidote to evolution, criticized and altered his poetry in response to Darwinism, and synthesized elements of each to propose their own modified theories. Darwin’s account of a material, evolutionary nature both threatened the Wordsworthian belief in nature’s transcendent value and made spiritual elevation seem more urgently necessary. Victorian authors used Wordsworth and Darwin to explore what form of transcendence, if any, could survive an evolutionary age, and reevaluated the purpose of literature in the process.”

Scott Parker (MFA 2014)
A Way Home: Oregon Essays [memoir]
Kelson Books
From Kirkus Reviews: “While the essays often focus on the natural beauty of the place, there is always juxtaposed Parker’s consideration of how memory colors his perceptions and how his metanarrative desire for home alters his moods and thoughts. . . . Parker writes with consuming intelligence, but beauty takes precedence in his imagery and prose. The lack of conclusion to many of these bewitching essays follows the theme of restlessness perfectly; the author is committed to thinking through an idea rather than pinning it down to one thing, much to his benefit.”

Professor Julie Schumacher
The Shakespeare Requirement [fiction]
Doubleday
From The Washington Post: “The epistolary structure of [Dear Committee Members] is gone—this is a straight narrative delivered with acrid wit—but [Professor] Jason Fitger is still here at its center, just as irritated and harried as ever. Against his will, he’s been named chair of the ungovernable English department. . . . Fitger is delightfully acerbic and self-destructive in these pages, raging against the dean (‘the human windsock’) and especially his arch-nemesis, Dr. Roland Gladwell, chair of the lavishly funded economics department. Bolstered by his performance metrics and his outside donors, Gladwell is determined to eradicate the feeble English department that persists like some tenacious mold in the basement of the Econ building. That clash of cultures—mammon vs. art—burns through this novel, which provides a wry commentary on the plight of the arts in our mercantile era. . . . Enrollment is now open. Don’t skip this class.”

Benjamin Utter (PhD 2016)
Gladys the Grayish-Green Dragon [children’s picture book]
Bowen Press
From the publisher: “Meet Gladys! She's not a red dragon, like the ones in China, but ‘old gravy gray-green, a color that's kinda' / like lima beans plooped fresh right out of a can, / Swimming shiny and cool on your plate or your hand.’ But Gladys has a problem. She won't go to sleep! Join Gladys and her patient parents as they wrangle over the dragon bedtime routine . . . and maybe learn a trick or two yourself along the way.”