A scholar and fan of "the great American songbook" 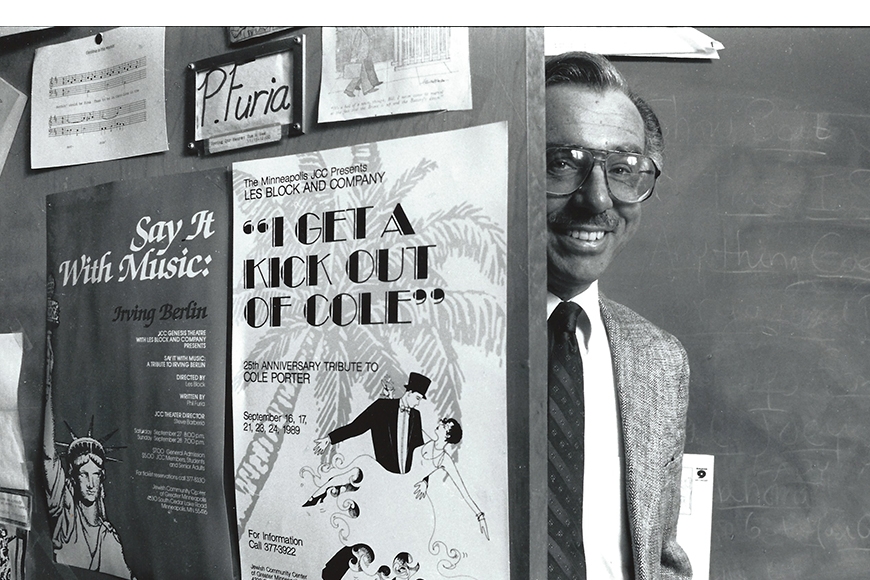 Professor Emeritus Philip Furia died April 3 in North Carolina, where he was Professor of Creative Writing at the University of North Carolina Wilmington. Furia taught in the Department of English at the University of Minnesota from 1970 to 1996. He arrived at the U a scholar of Ezra Pound, publishing his first book, Pound's Cantos Declassified, in 1984. But he discovered an academic and personal fascination during a 1982-83 Fulbright Professorship at the University of Graz in Austria, during which his students peppered him with questions about early to mid-century American popular music.

Share a memory or story
of Professor Furia here

“If you didn’t know Phil,” says Professor Emeritus Edward Griffin, “read The Poets of Tin-Pan Alley. You will gain a fresh perspective on 20th-century American poetry as well as an appreciation of the composers and singers.”

That 1992 title was followed by biographies of composers Ira Gershwin (1996), Irving Berlin (1997), and Johnny Mercer (Skylark, published in 2004). More recently, he co-wrote two books with second wife Laurie J. Patterson, a UNCW professor: The Songs of Hollywood (2010) and The American Song Book: The Tin Pan Alley Era (2015). Furia was presented with the Key to the City of Savannah by its mayor after the publication of his biography of Mercer, a Savannah native. He was recognized for his scholarship at UNCW (Faculty Scholarship Award, 2006) and at the U (Scholar of the College, 1991-94).

In addition, he wrote and narrated a weekday show on public radio station WHQR entitled “The Great American Songbook with Phil Furia,” completing more than 300 episodes.

A “warm, congenial man,” according to English Chair Andrew Elfenbein, Furia served extensively as an administrator both at UNCW and the University of Minnesota, where he was English Department Chair (1991-1994), Assistant Chair, Director of Undergraduate Studies, and Associate Dean for Faculty Affairs of the College of Liberal Arts. At UNCW, he served as chair for the departments of English, Creative Writing (founding chair), and Theatre (interim), as well as director of the Film Studies program before it became a department.

Professor Emerita Madelon Sprengnether recalls the intense community of new English professor hires at the U in the early 1970s that included Furia. “I vividly remember the dinner parties that we all participated in, the lively conversations about literature in the hallways and in our offices. Before email, before personal computers and the internet, we engaged in endless conversation about what we were teaching and writing, what we believed in, and the future of our discipline.”

Singer and performer Maud Hixson found Professor Furia “greatly entertaining and informative” when she took his graduate level “Hollywood Musicals” course at the U in the early 1990s. “One of the best experiences I ever had in a classroom,” she recalls, “occurred the day he walked in and handed out copies of a paper I'd turned in, announcing that this was how he thought a paper should be written. The subject of the paper was the 1954 film White Christmas, and every December for over 10 years now I have performed a program at the Heights Theater where I share some of the same information with the audience.

“When I took the big step toward becoming a professional singer,” she continues, “the memory of Phil's encouragement and recognition gave me confidence in my approach, which has always included presenting the context of these great songs in the tradition so evident in his writing and teaching.”

Professor Furia is survived by wife Patterson; daughter Olivia and sons Peter and Nick; brother Mark; two grandchildren; and two great grandchildren. Memorial services are planned in Wilmington and in Westbrook, MN. Donations may be made in his memory to the John and Leona Patterson Memorial Scholarship, Westbrook Walnut Grove High School, Westbrook, MN 56183.