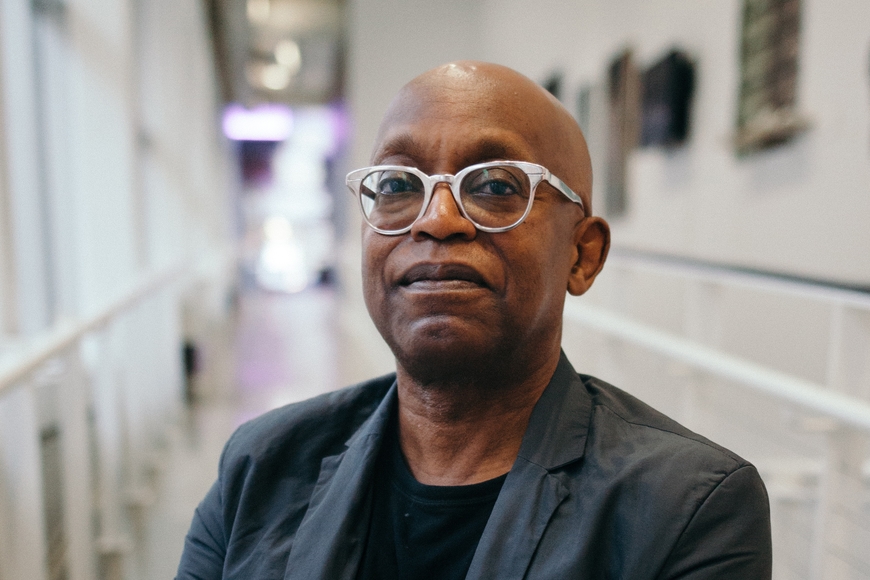 Public artist Seitu Ken Jones has helped curate and create a meal for 2,000 people down the center of an urban street. He has built a floating sculpture for research on the Mississippi River. With Ta-coumba Aiken and poet Soyini Guyton, he fashioned installations on the walkways of the Walker Art Center Sculpture Garden to commemorate important figures in Minnesota history, in whose shadows we walk. But he has never attempted to invent a piece of art to represent a department focused on language and literature, and a college devoted to liberal arts ideas.

"I love words," says Jones, who has been selected to create public art for the renovation of Pillsbury Hall, future home of the Department of English and the Liberal Arts Engagement Hub. "To be able to create something that would be inspired by the study of language is both a challenge . . . and inspiring!" He laughs. "There are so many different directions I could go with. As I always say about making an artwork, this is going to be fun . . . and frustrating." 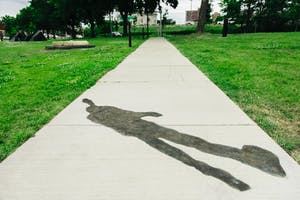 One of the reasons he was attracted to the opportunity, Jones says, is that the art would also represent a tribute "to all the folks who I have spent time reading over a long period of time." His friend John S. Wright, Professor Emeritus of English and African American & African Studies, "introduced me to contemporary African American writers both literally"--he breaks out laughing, referencing the scholar who hung out with Ralph Ellison and Toni Morrison, among others--"and metaphorically, in their works."

Praised for the sense of place his artworks reflect and foster, Jones displays a clear interest in history. One of the books Jones is currently reading (besides Ta-Nehisi Coates' Water Dancer) is Slavery’s Reach: Southern Slaveholders in the North Star State, the book by St. Cloud State Professor Christopher Lehman detailing the large loan from a Southern slaveholder that supported a fledgling University of Minnesota before the Civil War and John S. Pillsbury's institution-saving financial interventions. "That is part of the University's history," says Jones. "That, and the fact that we're on Dakota land. We're going to have to acknowledge that in some way."

State-funded projects such as the Pillsbury Hall renovation require that one percent of the construction budget go to a public art component. Art History Professor Jane Blocker, who serves as CLA Associate Dean for Arts & Humanities, is a member of the Pillsbury Public Art Committee that selected Jones. "The committee developed a list of criteria that would inform our review process," she says. "Among the committee's criteria were that the artist have an understanding of and commitment to the core principles of public art, a commitment to the Twin Cities region, a track record of community engagement and social activism, an understanding of narrative and story, and the capacity to help visualize the English department's work to reorient and reimagine the discipline beyond its roots in settler colonialism. We were so fortunate to have a chance to work with Seitu Jones, whom those criteria seem uniquely to describe." 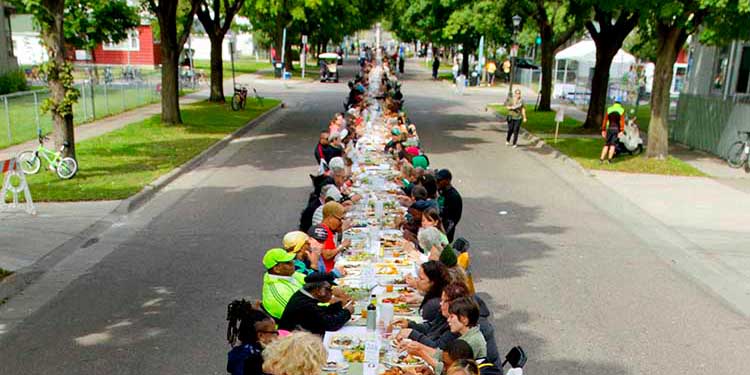 The first-ever artist-in-residence for the City of Minneapolis, Jones has designed over 40 large-scale public artworks, including station art for Metro Transit's Green Line. He is a longtime green activist in St. Paul's Frogtown neighborhood, who helped to establish the five-acre Frogtown Farm, and is also one of the founders of Urban Boatbuilders, a nonprofit youth development program teaching woodworking and other skills. Jones received the 2017 McKnight Distinguished Artist Award, as well as a Minnesota State Arts Board Fellowship, McKnight Visual Artist Fellowship, Bush Artist Fellowship, Bush Leadership Fellowship, National Endowment for the Arts/Theatre Communications Group Designer Fellowship, and Loeb Fellowship at the Harvard Graduate School of Design, among other honors.

"Jones is first and foremost an accomplished and award-winning artist working in diverse media," Blocker says. "His work combines a love of and attentiveness to materiality, an elegance and economy of means, and a charismatic personality that energizes communities around projects of common interest."

Jones describes his charge as "a grand and great opportunity" to make a difference on the campus where he received BIS and MLA degrees through CLA individualized studies programs: "I’ve done a lot of work with the University, but this is the first time that I’ve had the opportunity to fully realize an artwork."

It's an honor for the University that he's accepted this challenge.