Where did research interests take our doctoral candidates in 2018? 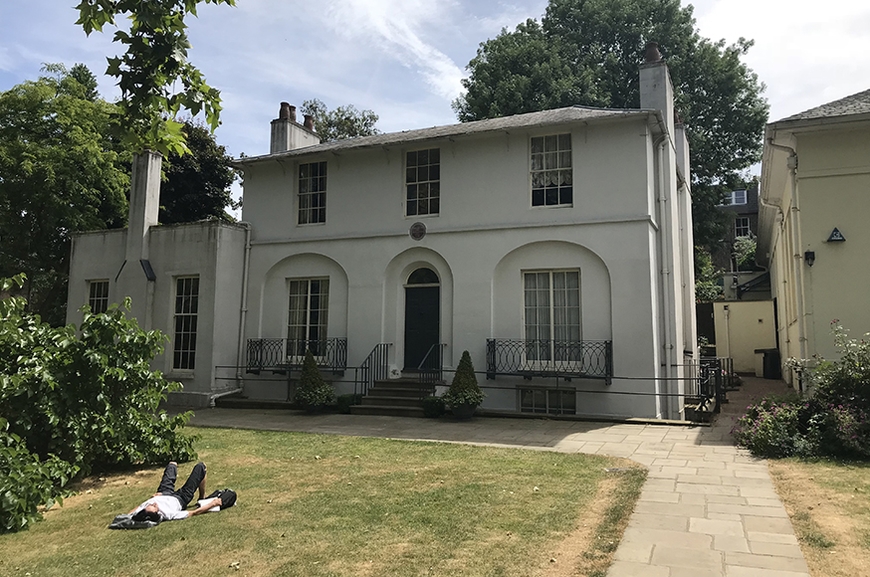 The University’s GRPP program provides $4000 summer awards for selected English graduate students, who are advised by a faculty member. Below, this year’s recipients describe their projects. (That's the poet John Keats' house above, which doctoral student Shavera Seneviratne visited.) 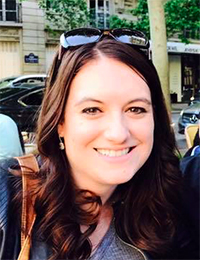 To Detroit and Boston with Jenna Dreier

In June, I traveled to Detroit to research the Detroit Public Theater’s Shakespeare in Prison Program (SIP). I visited the Women’s Huron Valley Correctional Facility (WHV) to see the women’s final performance of Macbeth, which was the culmination of the ensemble’s nine-month process of studying, discussing, and rehearsing the play. Witnessing the performance was exceptionally fruitful to my understanding of the ensemble, their environment, and their interpretation of Shakespeare’s tragedy. Also in attendance was Niels Herold, a pioneering scholar of Prison Shakespeare studies who offered to read my work and provide feedback.

Although the Michigan Department of Corrections had denied my application to interview members of the ensemble, during my interview with the program’s lead facilitator, Frannie Shepherd-Bates, I learned that several returned citizens who were alumni of SIP were interested in sharing their experiences with me. After obtaining IRB approval, I had a chance to interview these women over the phone, so I can now ensure that participants’ voices will be represented in my forthcoming chapter.

In July, I traveled to Massachusetts, where I visited the home of Jean Trounstine, the facilitator of the original Shakespeare Behind Bars program that operated from 1988-1996 at Framingham women’s prison. Trounstine assisted me with viewing her personal archives of the performances. She also spoke with me at length on the institutional barriers that the group faced throughout its history, before being shut down.

In addition to the dissertation chapter, this research will contribute to future presentations at the Shakespeare Association of America and ideally to a future article on Prison Shakespeare programs for women. 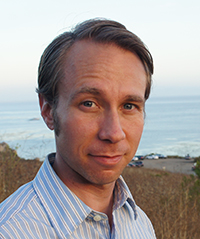 To England with Jonas Gardsby

This summer, I spent three weeks in England, where I visited two archives, the Bodleian in Oxford and the British Library in London. There, I took thousands of pictures of archival documents pertinent to my dissertation chapter on how literary essayists handled religion in an unconventional way during religiously fueled civil wars.

I found items that will help me accurately depict not only the essayist Thomas Browne’s approach to religion but also the religious milieu he inhabited. For instance, I looked at sermons by Browne’s tutor at Oxford, the playful skeptic Thomas Lushington. This man attacked multiple political sides and made controversial religious statements, exploring ideas that were not easily categorized. His transgression of borders, along with his focus on the way humans use language to engage with God, were influential on the young Browne.

Since my project involves tracing a literary genealogy, one frustrating aspect of studying Browne has been that, despite his clearly literary writings (he even coined the word "literary"), there’s not much of a record of his engagement with literature. The books we know he owned are largely scientific. But I was able to examine two of his notebooks that consist mostly of literary quotations, and another notebook of his that contains manuscript essays written by others—the first direct evidence I’ve found of his interest in this literary form as it was practiced by others. I also looked at dozens of letters by and to Browne, which inform many areas relevant to my overall project. 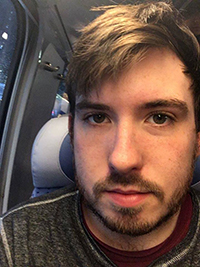 In Minneapolis with David Lemke

Last spring, I had just begun the second chapter of my dissertation, "Imagining Reparations: African American Utopias and Their Visions for a Just Society.” This chapter reads Phillis Wheatley’s poetry from a utopian perspective in conversation with abolitionist and reparations discourses in Boston around the Revolutionary War. Over the summer I completed my primary text research on Wheatley, drafted, and spent time refining my arguments and prose.

I am currently cutting that second chapter into an essay on Wheatley, which I plan to submit for publication at a journal. I am also proposing a paper for the Boston Seminar on African American history that builds on my first and second chapters to explore the influence of utopian thought on abolitionist discourse in the area. Traveling to Boston will allow me to follow up and finish some of the archival research that I started this summer.

Finally, I began doing preliminary research on two archives that contain material central to my dissertation: the Samuel J. May Anti-Slavery Collection at Cornell University and the Schoenberg Center for Research in Black Culture in New York City. 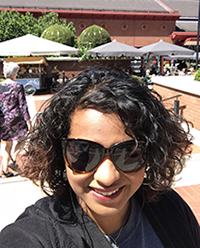 To England with Shavera Seneviratne

Over the course of three weeks this summer, I visited the British Library and the University of Birmingham to view a variety of archival material relevant to my dissertation, which examines the intersections between Romantic-era drama and Romantic-era colonialism in South Asia. In particular, the substantive collection of missionary documents at both of these libraries was enormously helpful in writing my chapter on Christian conversion in British Ceylon and Joanna Baillie’s The Bride; viewing the letters, treatises, and plans written by colonial missionaries has allowed me to support the primary source of the chapter with more robust contextual material.

I also examined the texts of various Oriental dramas and ephemera written and/or produced during the early Romantic period at the British Library. This research will serve as preparatory work for my second chapter on Oriental melodramas.

Additionally, I was able to further familiarize myself with London, leaving me with a more well-rounded sense of how certain physical spaces of the city functioned in the early 19th century. Having concrete visuals of places such as Drury Lane Theatre and the Covent Garden Theatre (now the Royal Opera House), as well as other important landmarks which are frequently mentioned in the primary texts that I use, allows me to visualize the city more effectively.