Major of the Month: Marah Walker

This major is working to change the publishing industry 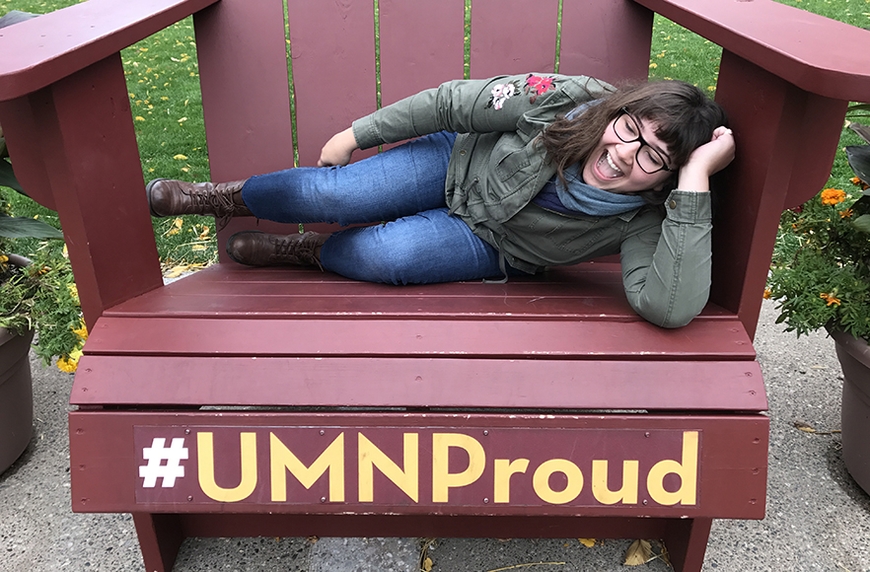 2018 English graduate Marah Walker, who served as co-Editor-in-Chief of THE TOWER literary magazine

English is a really dynamic
discipline to study. I love
that I can take almost
everything that I learn and
connect it with what I've
learned from classes
in other departments.

I think English is a really dynamic discipline to study. I love that I can take almost everything that I learn and connect it with what I've learned from classes in other departments. For instance, I took American Lit II and American Popular Culture and Politics (in the AMST department) at the same time, so there was lots of really interesting overlap there. But I also found a lot of overlap in more apparently disimilar courses like Modern Literary Criticism and Theory and the Curriculum and Instruction department's Introduction to Intercultural Communication. I never feel boxed in by the department—I constantly feel empowered to grow and expand and continue developing the ideas I have.

Are you pursuing any majors, minors, internships, or fields of interest outside your English major? How do they relate to English and to your career plans?

In English, we're always asked to consider why something is happening in a work and why it was written that way. This same thought process helps me think through the way I approach both planning and editing as Co-Editor-in-Chief of The Tower, the U's undergraduate literary magazine. I've also worked at a few different internships: one for the last six months at the University of Minnesota Press, and one at Graywolf Press last summer. I've been working as the social media coordinator and a story reader at Paper Darts Art and Literary Magazine since spring of 2016. I'm interested in publishing and how the things we choose to publish have an effect on the readers who consume the work. There's so much change that needs to happen to ensure the publishing world becomes a more diverse and inclusive space, because there are stories from voices that simply aren't getting published, and it's not because there aren't readers who want to read the those stories.

For English majors, I'd recommend taking a class with Professor Qadri Ismail. Taking Modern Literary Criticism and Theory (ENGL 3002) with him was one of the most rewarding—and challenging—things I've done at the U. There's not a single day that goes by that I don't use something I learned, and I constantly find myself going back to the notes I took to use in other classes or with other readings. He completely changed the way I look at English as a discipline, but more importantly how I approach my own reading and thinking. I could not recommend it enough.

For non-majors, I'd recommend The Original Walking Dead: Misbehaving Dead Bodies in the 19th Century (ENGL 3092) with Anne Tandy-Treiber, or Gay, Lesbian, Bisexual, and Transgender Literature (ENGL 3330) with Jim Cihlar. Both include reading lists that are SO great, and as an added bonus each have really intriguing movies and projects.

I essentially grew up in the bookstore in my hometown, so from a young age I was not only exposed to piles and piles of books, I was also lucky enough to see the community they had the power to create. Also, the English department at my high school was ridiculously phenomenal. I'd be a way less thoughtful learner without having been instructed by such rad teachers. However, for a really long time I pushed back against becoming an English major, because it was just what everyone assumed I would eventually end up doing (joke was on me). But during my sophomore year I decided that—regardless of outside ideas—studying English was what I loved to do, and nothing else really came close.

Mean by Myriam Gurba. It gracefully balances humor and bite, while challenging the whiteness, heteronormativity, and misogyny that are all too present in the world (and in published works).