Former Chemistry major now aims to be a librarian, helping others feel at home with reading 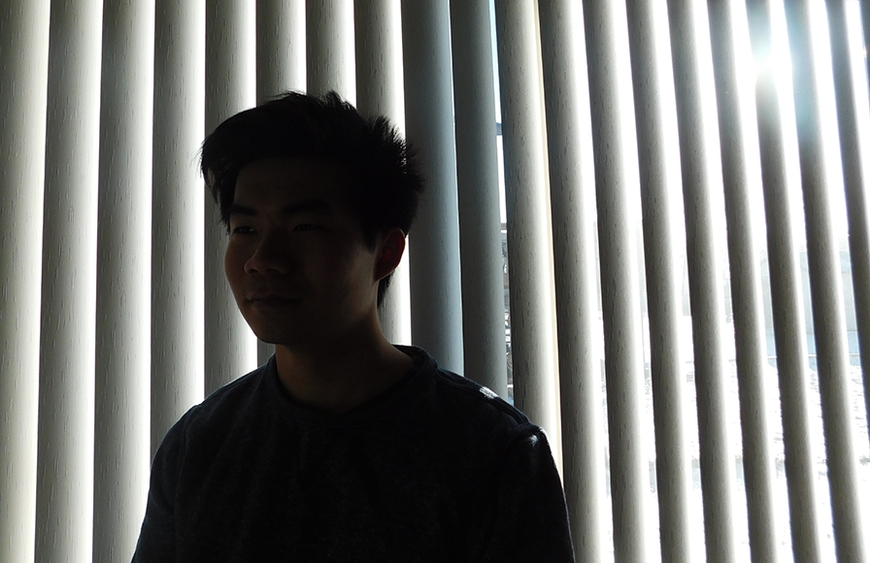 Upon first coming to the U, I was enrolled in the College of Biological Sciences as a Chemistry major. I had come out of high-school without any real direction other than some vague ideas about entering the field of medicine, but I soon found myself burnt out, especially compared to my peers who were genuinely excited about science. When I did something poorly, I lingered on it for days, and when I managed to do something well, I thought, "Now that's done, and I'm glad it's over." In November of that first semester, I finally came to the conclusion that it was time to figure out what I really cared about. Even before enrolling at the U, books had been a source of comfort. But plenty of people enjoy books and don't become English majors. I think the tipping point for me was discovering how precisely certain writers could pinpoint feelings. There's something special about coming across a certain passage and thinking, "That's exactly how I feel, but I didn't know it until this writer put it into words."

"I've really enjoyed the fact that
course material is grounds for
real conversation outside of
class discussions. Other
students can tell me about
viewpoints they've taken from
other classes or other writers
who are interested in similar
things."

Something I've definitely noticed as an English major is the tight-knit nature of the material. Writers throughout literature are writing with the understanding that they exist in a grand tradition, and it's interesting to examine works against their contemporaries and predecessors to see what traditions writers are adhering to while straying away from others. I've also really enjoyed the fact that course material is grounds for real conversation outside of class discussions. I've often found myself discussing certain poems or works, and other students can tell me about viewpoints they've taken from other classes or other writers who are interested in similar things. The material feels endlessly networked.

How do your studies in English relate to your career plans?

After college, I'd like to find a career in my local library system. Public libraries have been a part of my life for as long as I remember, and I want to find a place I feel comfortable while also contributing to my community with what I've learned here at the U.

For English majors, I would recommend "Modern Literary Criticism and Theory" with Qadri Ismail. Professor Ismail is an instructor who takes his material seriously, and he makes sure you take it seriously as well. You could consider this a good thing or a bad thing, but one thing is for sure: you'll never look at language and its use in the same way. For non-English majors, I would recommend a course with Senior Lecturer Ann Tandy-Treiber. I've taken two courses with her, "Literature and Public Life" and "Misbehaving Dead Bodies in the 19th Century," and both took a critical look at subjects often left out of the literary canon. I would also suggest that everyone take a course with Brian Goldberg. Any class. Professor Goldberg has an incredible grasp on his material, and his class discussions remain fruitful while also flowing freely due to his ability to expand on most subjects brought up by the texts.

My favorite book might be John Steinbeck's Cannery Row, his novel about a little seaside community. It's a novel that's been able to draw me into its world, something that hasn't happened since I was in middle school and losing myself in books was easier. On a lighter note, I'd recommend a Korean film, The Host. The film is presented as something akin to a monster movie, with a strange creature suddenly surfacing and devouring civilians, but The Host is a strange mix of genres. What little horror there is becomes entwined with bits of comedy and an endearingly dysfunctional family as they attempt to rescue one of their own from the creature.