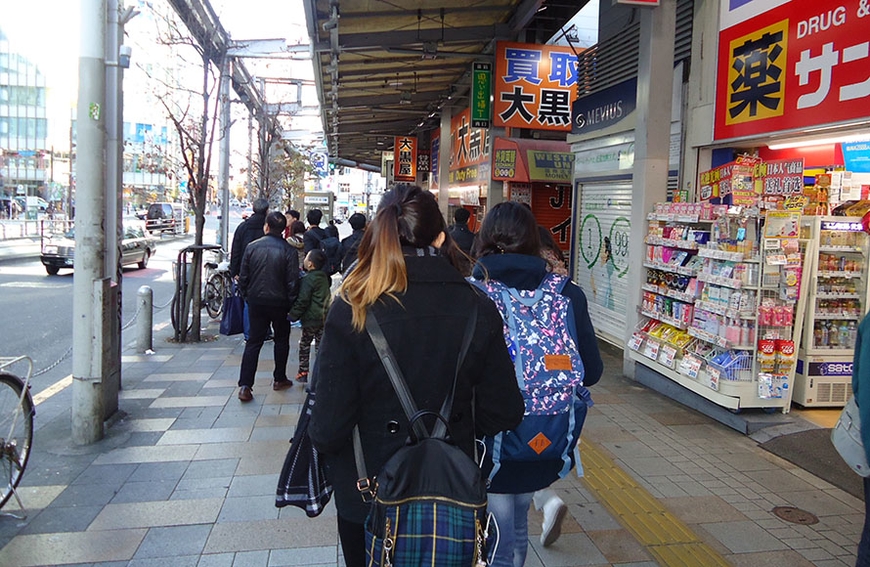 Above, Samantha Keo in Japan over winter break 2019!

I think at the time I declared it was because I liked to read literature and I was passionate about grammar (it was one of my pet peeves to see something ungrammatical). At this point, the reason I choose to be an English major is because I want to see a lot of people's creative ideas written in the form of stories and to see how each writer/artist I meet develops in their career. I think it would be a cool job to be a college creative writing teacher, but if that doesn't work out, I want to go into the publishing industry.

"Becoming part of The Tower
has for sure helped me in
deciding that I want to go
into the publishing industry,
but it also has inspired me
to create my own art."

I'm not the type of person to talk a lot in discussion groups. Since I became an English major, I've had the opportunity to listen to other people's interpretation of texts and think about how interesting those interpretations may be. Some English majors hate doing close reading assignments, but I ended up liking them more than I would've thought because delving into literature is always fun; it's almost like hide-and-seek to find parts in the text that back up your interpretation, and it's super satisfying when you find something that works!

I think the "Graphic Novel" class (ENGL3024) would be a good choice for any English majors who may be tired of reading traditional literature and want to look more at the combination of art and words—especially if they have an interest in art. As for non-majors, I'd say the same, but if you're looking for a more traditional take on English classes, I'd go for "Textual Analysis"! 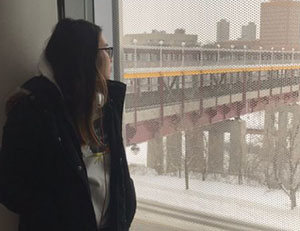 Are you pursuing any majors, minors, internships, or fields of interest outside your English major?

In addition to an English major, I'm also a Creative Writing minor. Other than that, I have an interest in art (I was actually going to be an art major before I decided on English). To combine those two things, I've become one of the Art Editors and Designers for the 2019 edition of The Tower! Becoming part of The Tower has for sure helped me in deciding that I want to go into the publishing industry, but it also has inspired me to create my own art more often after seeing what the undergraduates here are capable of. I think being well-versed in art and writing will be an awesome duo in the future if I find out publishing or teaching isn't right for me.