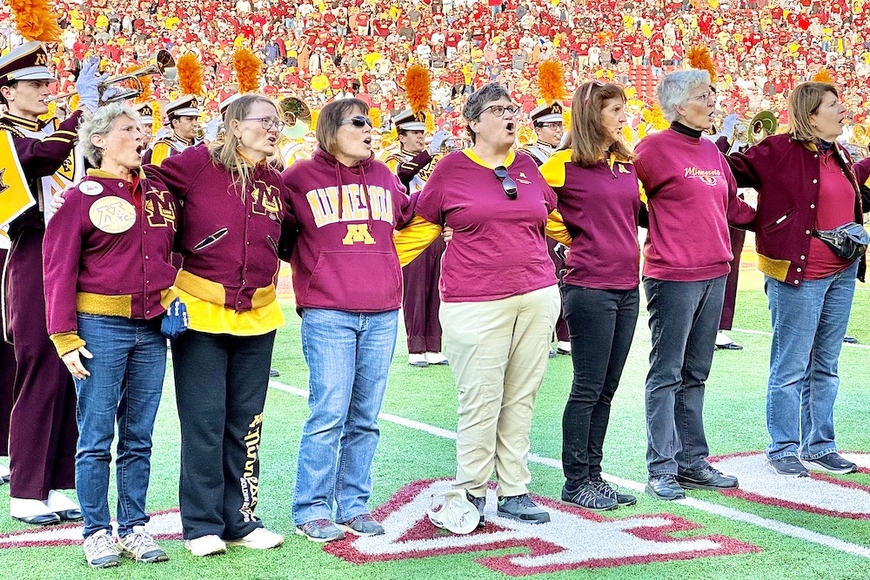 Women have only been able to participate fully in the Pride of Minnesota Marching Band for 50 years. This fact is surprising to many individuals when they first hear it, but it’s not a surprise to the women who fought for inclusion before 1972, the first year that women were permitted to fully participate in the band. Recently, these trailblazers and women throughout the band’s history participated in a weekend culminating in a halftime performance honoring their contributions to the band. On Friday, October 28, 2022, current band members, alumni, and friends of the band came together to celebrate the historic milestone with a panel discussion on the history of women in the marching band. 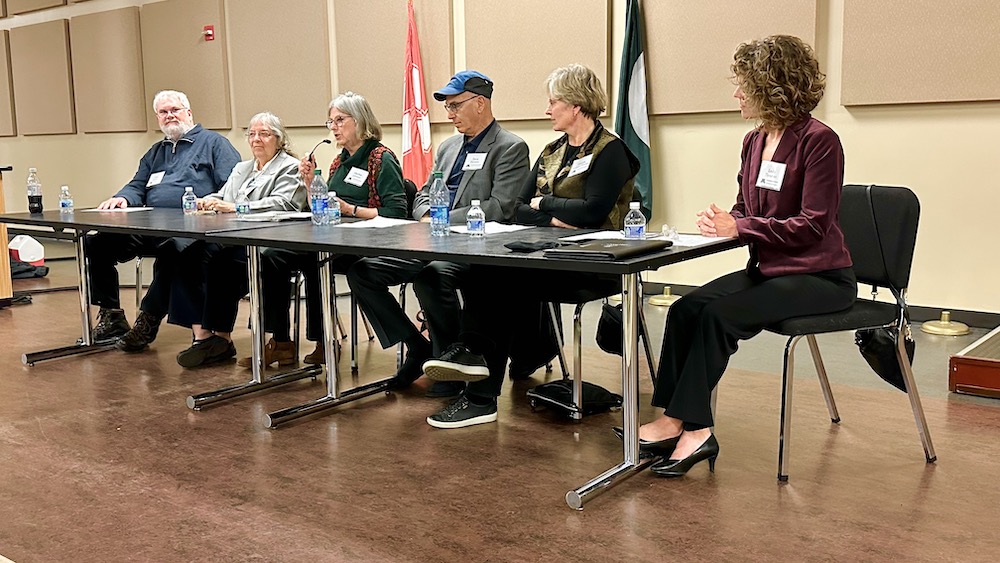 Threinen began the panel by hosting introductions, followed by a brief history of the band by Gaffron. The band was formed in the late 1800s by a requirement for land grant universities to host military training. It wasn’t until World War II when women were first involved with the band after the war caused a decrease in membership to the point where they wouldn’t be able to have a band without the participation of women. With the return of men in 1947, women were once again not permitted to march in the band, instead serving as part of a Women’s Band which was discontinued in the 1950s. It was replaced with a Women’s Auxiliary Band which supported the Marching Band in administrative duties, until the Women’s Band returned in the 1960s. It wasn’t until advocates in the early 1970s fought for full inclusion in the band, and finally in 1972 the first women were able to march.

Members of the panel discussion were encouraged to share their experiences with concerns on women marching in the band. Many male members of the band were worried that their “fraternal” spirit would be ruined with women; some feared they wouldn’t be able to swear for instance. Another major concern was the shape of women’s pelvises, which some worried would throw off the look of the band. The band did not have proper uniforms for women in the early 1970s, so they were very cold in the winter months because the initial corduroy “dress” uniforms did not provide the same coverage as traditional marching band uniforms. Panelist Joni Sutton said several of her male friends threatened to quit if she were allowed to join the snare line, a coveted position in the drumline. 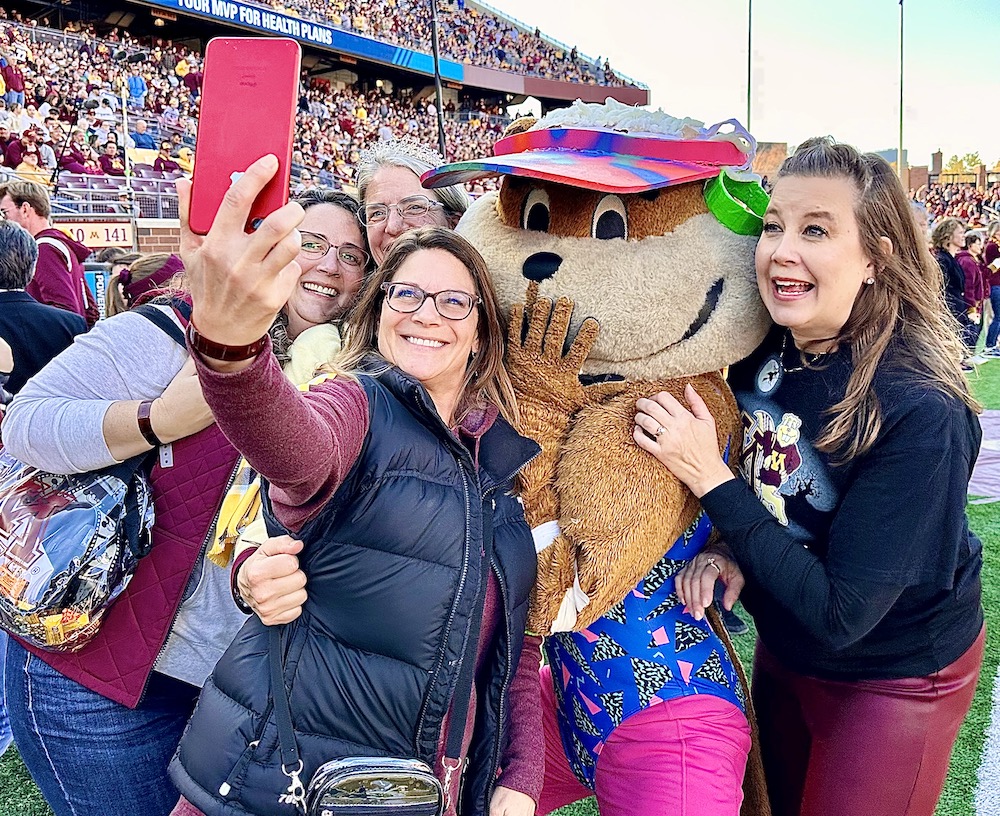 After the panel discussion, a strong question and answer session took place with plenty of enthusiasm from the audience, including current members of the marching band. Eleanor Muzzy, a Marching Band student who observed the session, thought the panel was the most impactful part of the weekend. She said that the panel “added the much needed-context to truly understand what this anniversary meant to the heroes who made this happen.”

Muzzy added that it only took one generation to reverse course on opinions held about women participating in the band. “I was amazed that by 1974, nobody questioned why women were in the band. I'm sure there were microaggressions felt by female-members as there still are today, but all of the women reported nothing but joy out of their marching experience. They all commented on how they found their home within the marching band and felt welcomed by the male members.” She expressed the deepest of gratitude for the women who sacrificed their time, energy, and labor to fight for a place in the band program, and was impressed with the amount of support from the alumni that came out to celebrate.

Panelist Joni Sutton was also on the overall planning committee for the event. She said it was “inspiring” to be involved in the process with a talented group of women. Sutton was away in France, so she was unable to attend the panel in person, but she got up at 1:00 AM to be able to take part in the panel discussion.

When asked to share advice with younger students, Sutton noted “I played snare drum in the marching band for four years. I see that it is still an instrument that is dominated by men. My advice is to the female percussionists out there: there is nothing inherently masculine about playing a snare drum. All it takes is practice and confidence. Playing snare in a college drum line is one of the things I am the most proud of in my life, and it was one of the most fun things I could have ever done. So, to the young ladies out there: don’t be afraid to go for it on snare! Also, I would say that the leadership roles I was given in the U of M band program prepared me to be a leader in other roles as an adult. I am forever grateful for the opportunities I was given by being in the University of Minnesota Bands.” 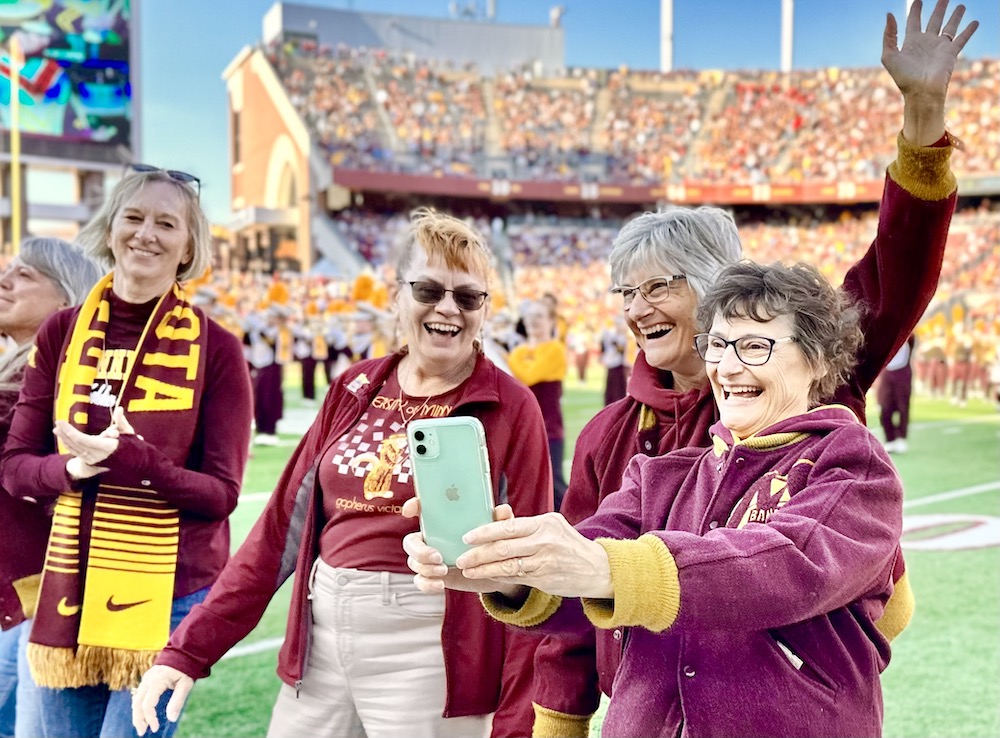 took to the field in celebration. The line of alumnae spread from endzone to endzone, showcasing the generations impacted by the trailblazers who helped make the marching band what it is today.

“The weekend was a wonderful celebration of progress and inclusion. It was powerful to see alumnae come back to the university to share their stories, their experiences, and their perspectives related to the history of women within the "Pride of Minnesota." Director of Bands Emily Threinen reflected, “My favorite part of the weekend was listening to women and men who were in the Marching Band for multiple years during the Title IX transition. Even if the change was uncomfortable, it was clear that it only enhanced the organization and the students were more supportive of the change than was expected. Female identifying individuals who are involved in the organization now are very grateful to those women trailblazers who helped make our current opportunities possible." 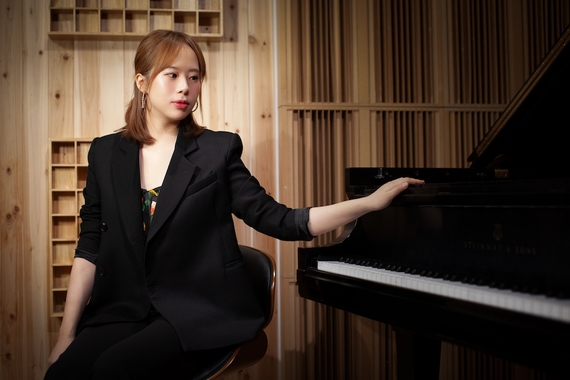 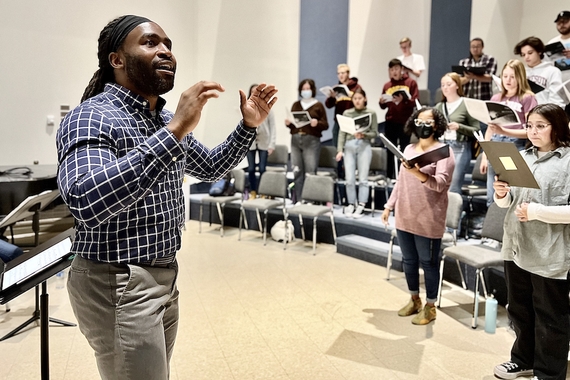 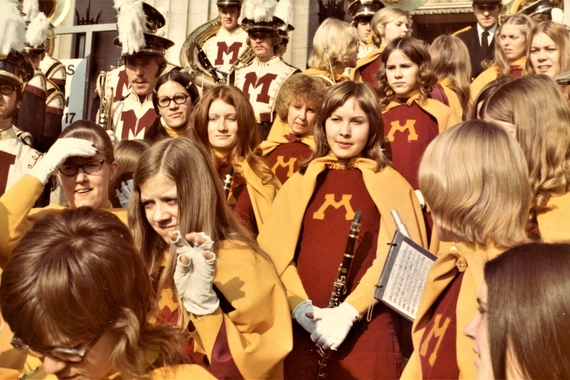 "Star Tribune" Feature | Yuen: 50 years ago, women were admitted into University of Minnesota marching band, but not without a fight

Read this "Star Tribune" article about the trailblazing women who advocated for women's inclusion in the University of Minnesota Marching Band.