Opening Our Eyes on Hearing Loss 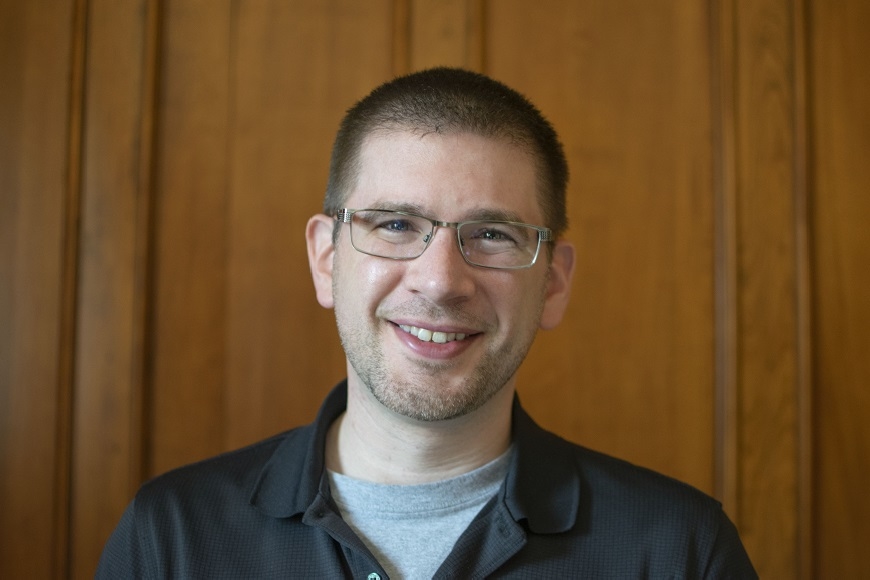 As an undergraduate studying psychology, philosophy, and linguistics in Delaware, Matt Winn (who joined the Department of Speech-Language-Hearing Sciences in fall 2018) wasn’t quite sure where this road would lead him. Then in graduate school, he befriended two audiologists researching hearing loss and realized how his studies could come together, opening the door to a fulfilling career.

After getting his degree, he entered the clinical field and worked in hospitals, where Winn realized that there was a lack of understanding from the general public, and a lack of accurate diagnoses by clinicians, of people with hearing loss. He realized his passion was to work in a program to improve the ability of future audiologists and clinicians to understand and diagnose their patients.

From the Eyes to the Ears

“When I finished my PhD, this paper came out that said that the pupil changes size if you’re exerting different amounts of effort [on different things],” Winn says.

At first, he couldn’t believe a tool could really measure the connection between listening effort and pupil dilation, although it was known that these tools, called pupilometers, could measure pupil dilation. But was there a connection to the ears? Winn decided to try it out himself and see if he could answer questions he’d had throughout his career—and it worked.

When the camera tracks a change in pupil size, we can interpret it as a change in effort as long as we keep other things constant, like the level of lighting in the room. It can be compared to the idea that pupils enlarge when we see someone we love—it’s an automatic, bodily response to emotion. The more effort put into listening, the more energy the person uses, and their fatigue is reflected in the size of their pupils. The harder the effort, the larger the pupil.

Using a pupilometer, Winn tests the amount of effort people with hearing loss put into listening in day-to-day situations. Understanding the process people go through in order to hear correctly when their ears can’t do it on their own is a goal he’s been working toward. He adds that not only is there effort placed in actively listening, but there’s also a distinct occurrence that happens after the initial listening—the moment when a person spends an extra moment thinking about what they just heard.

“Now I’m thinking: oh, maybe the effort of listening is what you do in your head after [you hear something],” Winn says.

Winn’s research aims to clarify that living with hearing loss is not only about hearing fewer things or hearing things at a lower volume, but that it’s also about how there are qualitative differences about what life is like—life requires more effort.

Those with hearing loss don’t necessarily perform worse at hearing things; rather, they use different strategies. Winn emphasizes that they pick up on different aspects of sound that people with normal hearing may not notice, such as different tones or timing of syllables in a word, which can impact how they interpret what someone says. People with hearing loss may use strategies like filling in the blank based on other words they heard in previous sentences. Winn uses an analogy of colorblindness to explain these strategies: as someone who is colorblind pulls up to a stoplight, the colors red and green may look the same. But they have learned that green lights are typically on the bottom, so they begin to use that strategy at other stoplights.

“There are things that we’ve really learned about strategy taking an effortfulness and how long that effort takes,” Winn says. “Effort isn’t just an amount. It’s a thing that happens over time, [over] an extra two or three seconds.”

In his lab, Winn works with undergraduate and graduate students to study the ways hearing loss impacts both the communication and the lifestyles of those who have it.

“In no hearing test do you ask, ‘How tired are you at the end of the day?’ But that [extra effort is] what I want to raise awareness for,” Winn explains.

Cochlear implants are surgically implanted devices that provide an improved sense of sound to people who have severe to profound hearing loss. People with cochlear implants learn to listen in dramatically different ways than people with normal hearing, and Winn’s research dives into this process of relearning how to hear.

Winn notes that being able to recognize this tremendous transformation people with hearing loss go through after receiving a cochlear implant, while also understanding the challenges of having the implant, is essential to improve the process of how clinicians approach diagnoses and treatments.

Hearing in the Classroom

Winn’s lab research helps him teach his students the skills they need to be successful in the clinical field. He explains, “What I want to do is develop their ability to communicate with patients.”

Winn teaches a course about cochlear implants, giving him the ability to transfer his research on the device into the classroom. He wants to teach his students not only about the implant and how it works, but also how to address patients and discuss the immense impact it will have on their lives.

“To understand [people with hearing loss better] is to be a better member of society because you’ll be able to recognize them as people by recognizing what their struggles are, what their challenges are, and accommodating them,” Winn says.

Whether it’s researching listening effort with pupilometers, exploring the challenges and impacts of cochlear implants, or educating his students on being a clinician for the ears, Winn’s work is opening doors for innovation to be heard by everyone. 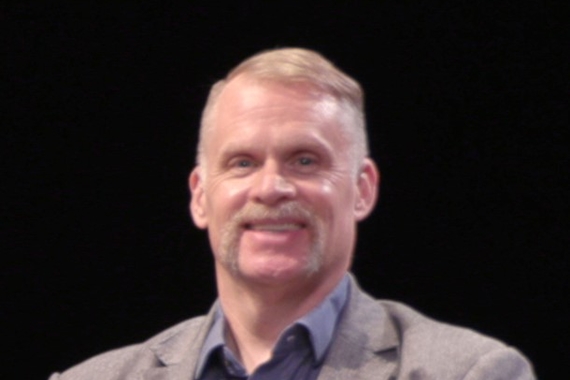