We were saddened to learn of the death of Professor Emeritus of French Peter W. Lock, in Minneapolis on August 27, 2020, at the age of 89.  Professor Lock, who long taught French narrative in the department, retired in the early eighties, after nearly twenty years of service to the department. His book on Balzac, Balzac’s Method of Presenting Character, was published by the University of California Press in 1963.

Associate Professor Emerita Eileen Sivert, who attended a small memorial service for family and close friends, shortly after Professor Lock’s passing, described him as “the best storyteller in the world!” She reported that, soon after his retirement, he purchased a sailboat and made a three-year voyage around the world—certain to have provided occasion to use his expertise in narrative technique to recount many fascinating stories.

Professor Lock leaves two children and one grandchild. (This grandchild, also a world traveler, is reported to be studying at present in Guam.) Condolences may be sent to Professor Lock’s son Chris at mauilocks@gmail.com.

Prof. Frieda Ekotto, who earned her Ph.D. from our Dept., has just been elected 2nd Vice-President of the MLA (Modern Language Association). This means that in two years she 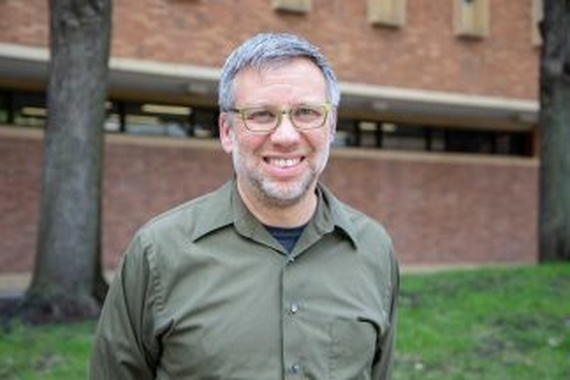 Separated by language and location, librarians Brian Vetruba and Sarah G. Wenzel nonetheless join as partners in an unusual librarian exchange between the University of