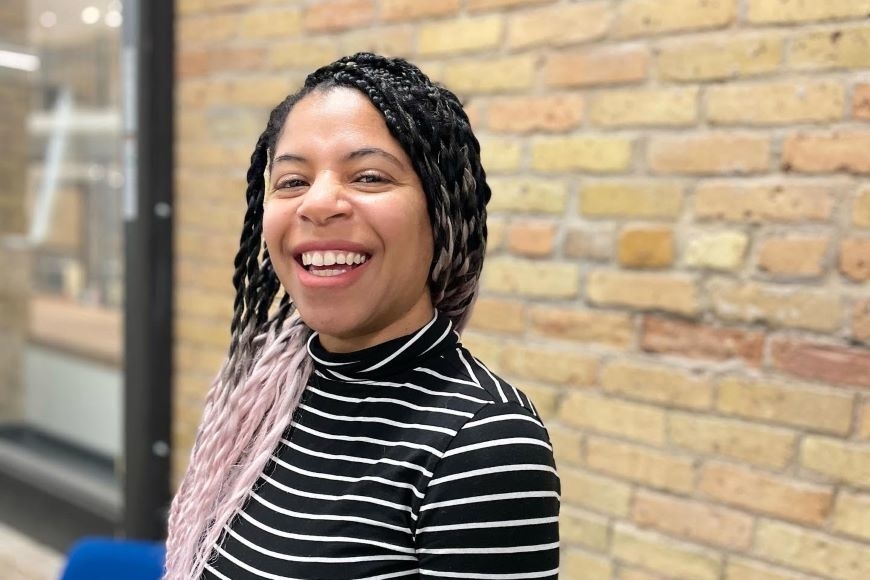 Jamele Watkins, assistant professor in the Department of German, Nordic, Slavic & Dutch (GNSD), entered college as a chemistry major before making a dramatic switch to history. Though she originally took German to fulfill a language credit requirement, Watkins eventually became interested in learning about Germany and its culture, as experienced through the lens of minority groups.

Watkins joined the GNSD department in September 2020 after earning her PhD from the University of Massachusetts and completing a post-doctoral fellowship at Stanford University. When teaching German literature courses at the University of Minnesota, Watkins encourages her students to think about the diverse groups of people who live in Germany. “I want students to see broadly what Germany is like, period,” she emphasizes.

Watkins’ specialties include issues of race and gender in the African diaspora, particularly as they show up in literature, theater, and film. She first developed this interest as it relates to Germany while working on her undergraduate capstone project. Her advisor challenged her to focus on Blackness. Since Watkins was already taking German language courses, she decided to broaden her knowledge of the country by incorporating it into her final project as a history major.

“I knew that Germany had colonies, so that’s what I wrote about in my capstone. I started thinking—what happened next? That really propelled the initial thought of [my thesis] and [of] going to graduate school to continue asking these questions,” she explains. “Being a Black person, traveling and seeing these populations of people that I wanted to learn more about and more about their experiences in their lives. I see other types of people, but they’re not always discussed in classes and in older textbooks.”

Watkins wrote her dissertation on Afro-German theater, focusing on the ideas behind the productions. She did not want to write about traditional autobiographies; instead, she found inspiration by attending a production of Bruce Norris’ Clybourne Park while studying abroad in Germany. A spin-off of A Raisin in The Sun, the play captures the racist connotations of a white community trying to prevent a house from being sold to a Black family.

“I really enjoyed theater, enjoyed [the] performance, enjoyed being in the crowd, [and was] very interested in the crowd’s reaction,” she says. Focusing her dissertation on theater was especially meaningful to her because “writing a dissertation is a lonely process. It gave me the opportunity to be with people, it gave me an opportunity to be in community and to get to know a group of amazing people who have also gone off to do amazing things.”

By writing a short piece in the book 1 Million Roses for Angela Davis, Watkins highlights the strong ties that connect Black Germans to the rest of the German population. The name comes from a motto created by solidarity groups in the German Democratic Republic (GDR) in the early 1970s. It called for the release of Black American activist Angela Davis, who was imprisoned for terrorism charges in the US. Davis had strong connections to Eastern Germany because she was aligned with their Communist party.

Watkins’ article calls on archival material, compositions, and accounts of the activist as part of an exhibition about Davis at the Lipsiusbau, an art museum in Dresden, Germany, that was built in the 19th century and that currently houses contemporary art pieces.

According to Watkins, writing about the campaign to release Davis was important because “there were people across the globe who made an effort to support someone in such a tangible way that it impacted the rest of her life, but it also impacted her court case.” Davis’ arrest led to solidarity campaigns throughout Europe, and after her release she revisited the GDR, where she became known as “The Black Rose from Alabama.”

After being a part of 1 Million Roses for Angela Davis, Watkins continued her research on German solidarity campaigns for Davis. She is currently working on a book entitled Roses for Angela that is based on an unopened archive housed at Stanford University. Visiting that archive gave her a powerful feeling. “Being in the archive is such an embodied experience that I feel so present in my body… [it’s] a very tactile experience with the archive.”

Immersing in Culture Through Text

In the classroom, Watkins ensures that her students get the chance to read diverse German literature, discussing minority groups in a country that is often whitewashed. Her approach poses “a great chance to bring these very contemporary German studies to the students,” she explains.

For example, she approached her spring 2022 course on 18th-century German literature from a place of subjugation and revolution. “We read woman writers, we read [about] Germany’s involvement in slavery in the 18th century instead of talking about Kant and Hegel,”  she says. Another recent literature course only covered material written after 2015, and featured authors from minority communities. “Often I only get to do a few of those types of works in a class, but to have a whole class centered on marginalized people—marginalized experiences—is really great,” she says.

In the fall, Watkins’ classes will continue to highlight a variety of perspectives. Her class on the premodern period in the Germanic region will “examine new and interesting research on race and gender before 1700,” putting a twist on the typical course syllabus. Another course—developed years ago by a retired colleague—focuses on women and nonbinary German authors.

Watkins hopes that her students leave her classes with a better understanding of the diversity in Germany. “[We] were reading from a Korean German woman, and one of my students said, ‘oh, I didn’t realize that there were Koreans in Germany,’” she recalls. “And so the notion that someone would think of Germany as a solely white country is a problem.” By taking these steps towards inclusion, Watkins is not only giving students a clearer picture of Germany, but of the world as well. 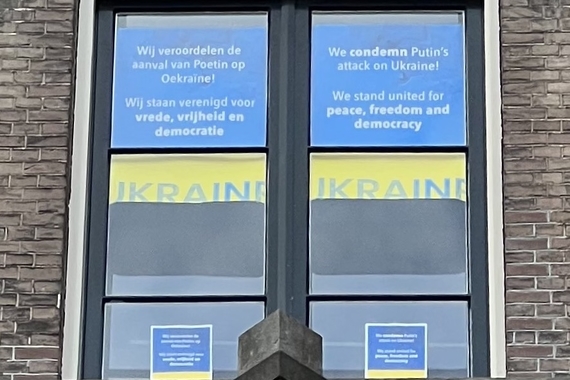 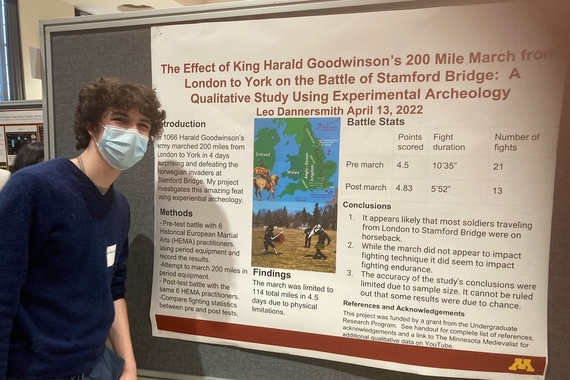 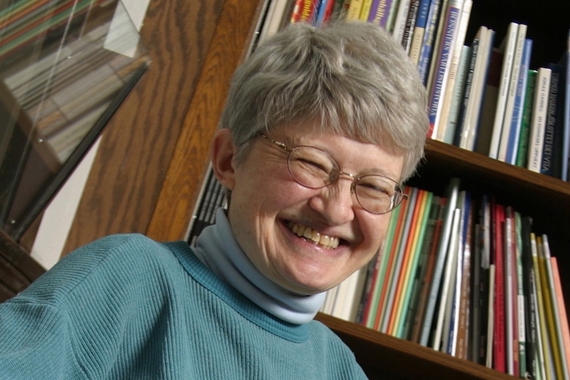