News about the publications, creative activities, and recognition given to our faculty, staff, and graduate students 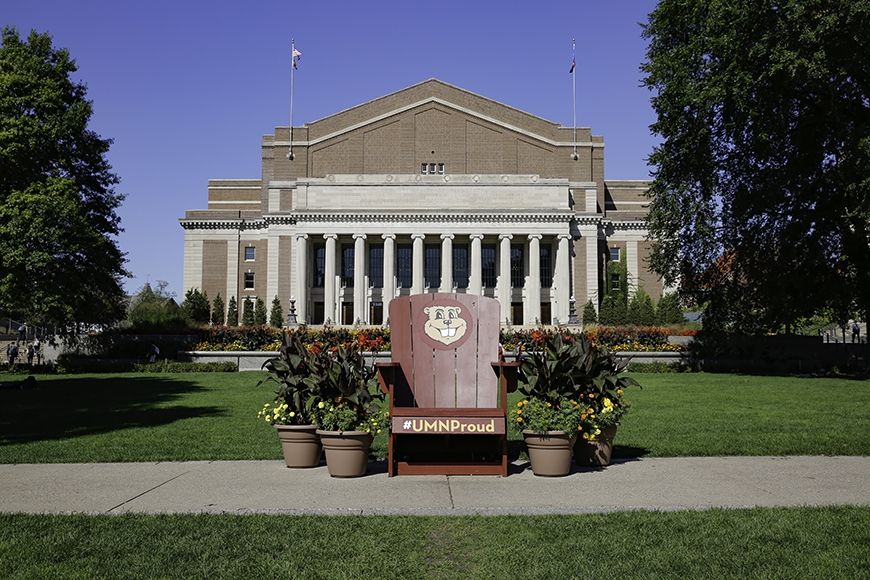 To add your news to Accolades, send an email to CLA News.

Curtis L. Carlson Professor of Economics Fatih Guvenen was elected as a Fellow of the Econometric Society which seeks the advancement of economic theory in its relation to statistics and mathematics.

Professor Lee-Ann Kastman Breuch (Writing Studies) was recently announced as the winner of the 2022 Council for Programs in Technical and Scientific Communication Distinguished Service award. The award recognizes long standing CPTSC members who have made significant long-term contributions to programming in technical communication and who have established significant careers in programming, working both on the local and the national levels.

Associate Professor Tony C. Brown (Department of Cultural Studies & Comparative Literature), has published his second book with the University of Minnesota Press. Statelessness: On Almost Not Existing asserts that Europe first encountered mass statelessness neither inside its borders nor during the twentieth century, but in the New World, several hundred years earlier.

Professor John Robert Warren (Sociology) is one of the principal investigators of an Alzheimer’s Disease and related dementias (ADRD) study that was awarded a $50.3 million grant that will work to re-contact more than 14,000 Americans from the high school class of 1972 to study how education affects ADRD risk and racial/ethnic differences in that risk.

Associate Professor Gilliane Monnier (Anthropology) has just completed a Fulbright in Montenegro for a project entitled, "Did Neanderthals have the ability to make fire? The evidence from the Paleolithic Site of Crvena Stijena, Montenegro."

Professor John Robert Warren (Sociology) is one of eight experts who will play a key role in an upcoming study of Alzheimer’s Disease and related dementias (ADRD). Warren and his fellow researchers were awarded a $50.3 million grant from the National Institute on Aging to re-contact more than 14,000 Americans from the high school class of 1972 to study how education affects ADRD risk and racial/ethnic differences in that risk.

Oforiwaa Pee Agyei-Boakye, a recipient of the International Doctoral Degree Fellowship, is currently pursuing a PhD in Geography.

Professor Joachim J. Savelsberg’s book Knowing about Genocide: Armenian Suffering and Epistemic Struggles, which was published in 2021 got the 2022 Barrington Moore Book Award, given by the American Sociological Association's Section for Comparative and Historical Sociology, and the Gordon Hirabayashi Book Award—Honorable Mention by the ASA Section for Human Rights.

Eggertsen Dissertation Prize (History of Education Society) awarded to Professor Yalile Suriel (History) for her dissertation “Campus Eyes: University Surveillance and the Policing of Black and Latinx Student Activism in the Age of Mass Incarceration, 1960-1990.”

Professor Rose Brewer (African American & African Studies) has received a grant from the Humanities Without Walls Consortium for a project entitled, “Environmental Justice Worldmaking: Redistribution and Reciprocity for a Just Transition.”

Professor Karen Mary Davalos (Chicano & Latino Studies) has received a grant from the Mellon Foundation for a project entitled, “Building Capacity: Discovery and Access to Mexican American Art since 1848.”

Assistant Professor Christopher Terry (Hubbard School of Journalism and Mass Communication) has received a fellowship from the Center for Quantum Networks for a project entitled, “Constitutive Choice for Quantum Networks: Learning the (Tough) Lessons of the National Broadband Plan.”

The University of Minnesota has been awarded a National Resource Center (NRC) grant for International Studies and a second NRC grant for African Studies. Additional awards for Foreign Language and Area Studies fellowships (FLAS) in international and African studies will directly support students. The funding comes from the U.S. Department of Education’s Title VI program and totals more than $3.5 million over the next four years.

We welcome a new academic year with excitement and purpose: helping people to transform their lives through a culture of pursuing excellence, promoting opportunity, and 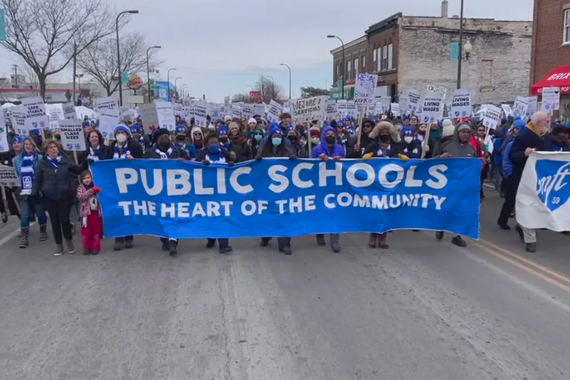 It's not a mistake that we're seeing strikes by teachers, by nurses – people who were on the front lines of fighting the pandemic and dealing with the pandemic, people who