Mapping the ‘Legalization’ of War Around the World 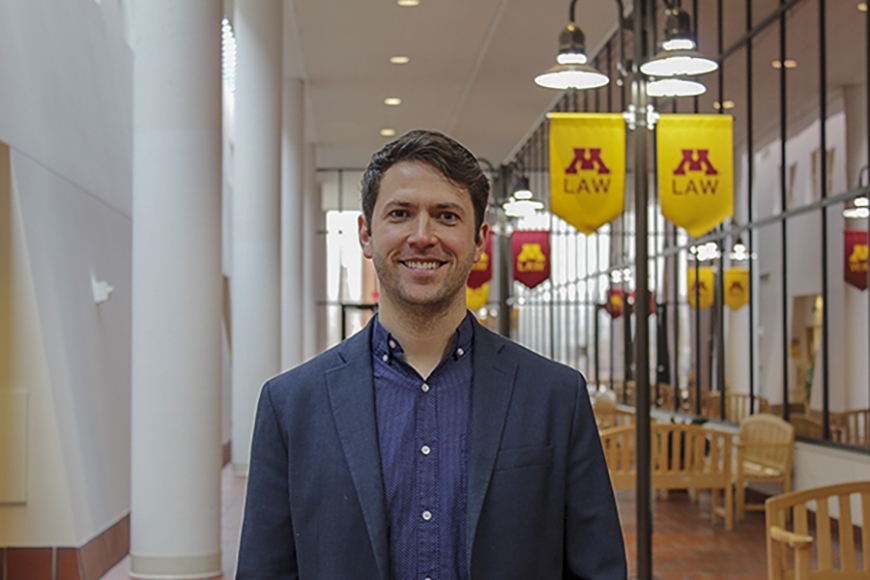 University of Minnesota PhD candidate Tracey Blasenheim is driven to discover the challenges and consequences of international legal compliance in an era of endless war. Working on his own and with Professor Cosette Creamer, his research examines how the Laws of Armed Conflict (LOAC), the international legal regime that regulates wartime conduct, have proliferated and become deeply integrated in military institutions, and what these developments may mean for vulnerable people trapped in war zones.

To understand how international law actually works on the battlefield, Blasenheim needed to experience firsthand how legal training is provided to fighters and military lawyers. Through funding from the Department of Political Science, the College of Liberal Arts, the Andrew Dickinson Memorial Fellowship, and the UMN Human Rights Lab, Blasenheim participated in numerous training courses for soldiers offered by the United States Army and two prominent non-governmental organizations that promote LOAC compliance. Together with Creamer and the International Institute of Humanitarian Law, he is looking to expand this research by creating a database on LOAC training programs around the world.

Their database would construct the world’s first ‘map’ of LOAC instructors and programs, “which will enhance the quality of information and coordination among humanitarian actors,” Blasenheim contends.

Furthermore, their project examines the consequences of fragmentation and political divisions among these groups. LOAC consists of ambiguous principles that could be interpreted in a militarily permissive or restrictive fashion. A student getting instruction from a military officer may come away with a much different understanding of what legitimate violence means than if they were learning from a humanitarian activist. “In other words,” Blasenheim says, “not all LOAC instruction is made the same. It matters which ‘version’ of international humanitarian law is being provided to different audiences.”

Blasenheim’s dissertation research expands on these themes by exploring how adding lawyers to military battle staffs affects the use of force. “LOAC provides certain important protections, but it’s not a silver bullet,” says Blasenheim. “It can be used to both restrict and expand or legitimate the use of violence. We must have a clear understanding of what legal training and compliance will and won’t achieve.”

A Place to Intervene

Blasenheim’s ability to do this work that aims to exert influence in the real-world is a reason he chose the University of Minnesota for his graduate studies: “I was drawn to the department’s reputation for supporting quality graduate work that not only explains political phenomena but also seeks to critically intervene in ongoing systems of injustice.”

Blasenheim’s big takeaway from his work is that while organized civil society groups have increased protections for prisoners and civilians, “a more precise, restrained, and legally-vetted war is still a war. Wars still devastate infrastructure, spread disease, displace entire cities, and subject people to intense traumas.” Even more important than “demanding that our military fight the same war in a more ‘humane’ way” is organizing around the cessation of these conflicts, regardless of how cautiously and legally the fighting is conducted.”