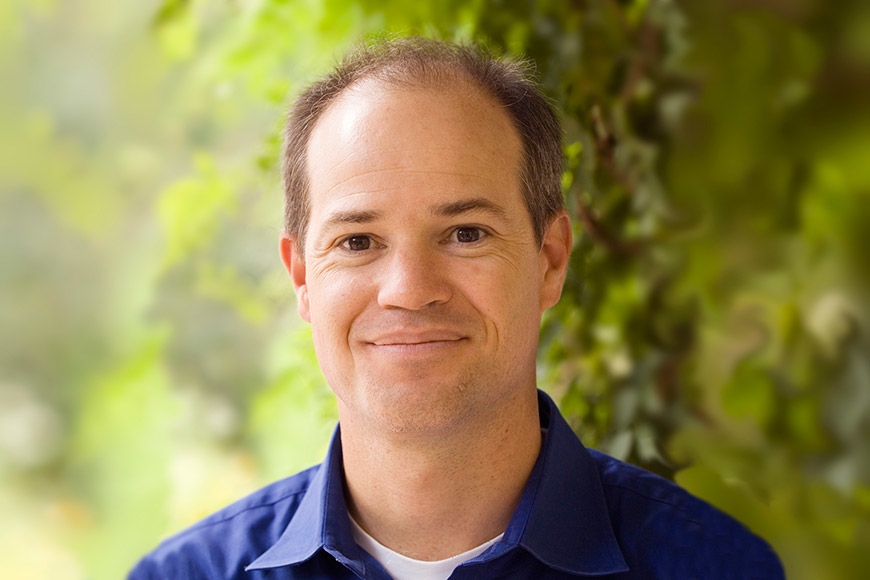 According to political science alumnus Nigel Purvis (BA ‘87), “Solving the climate crisis by switching from coal to renewable power, replacing cars that run on oil with electric vehicles, and stopping global deforestation is one of the major challenges of our time and requires reinventing the global economy.”

Through Climate Advisers, a certified B Corporation he founded, Purvis is working to do just that.

The road Purvis traveled to become a leader in pressing for low carbon growth to solve the climate crisis was long, but the College of Liberal Arts at the University of Minnesota prepared him for the journey.

Growing as a Gopher

“The University of Minnesota was where I became an adult,” Purvis says. “I learned to be independent, disciplined, and self-directed.” These skills are the hallmarks of a rigorous liberal arts education.

Attending UMN as an undergraduate was a natural fit for Purvis. His father was a professor and associate dean for international programs on the St. Paul campus, and his older brother was already studying in the Department of Political Science. Living abroad as children in Nigeria, Tunisia, and Morocco piqued the Purvis brothers’ interest in studying political systems and what makes good governance.

Through the international relations courses he took with Professor Raymond Duvall and Martin Sampson, Purvis realized he wanted to influence public policy more than study it. And he had tremendous success at the University of Minnesota, winning the prestigious and competitive Truman Scholarship.

“The Department of Political Science exposed me to a broad range of ideas, but also gave me responsibility for deciding which ideas were important and how they should influence my life and career,” he says.

The ability to critically analyze information and ideas, present and refute arguments, and identify, define, and solve problems are all skills Purvis learned in the courses taught by Duvall, Sampson, and others and they prepared him to thrive as a prize-winning honors student at Harvard Law School.

After graduating from Harvard Law and a stop on Wall Street at Sullivan & Cromwell, a leading law firm, Purvis joined the US State Department as an international lawyer.

After working on a variety of foreign policy and international law issues including Iran, Cuba, human rights, and refugees, Purvis was asked in 1997 to help negotiate a climate change treaty called the Kyoto Protocol. While he never formally studied environmental policy or law at the University of Minnesota or Harvard, he found the work challenging, interesting, and important.

After getting a taste of environmental diplomacy, Purvis knew he had found his purpose. He ended up directing environmental diplomacy for the Clinton and Bush administrations, ultimately overseeing US diplomacy and foreign policy on climate change, biodiversity conservation, forests, toxic substances, ozone depletion, and environmental aspects of international trade. Rising to deputy assistant secretary of state for oceans, environment, and science, Purvis worked closely with senior officials in the White House, Congress, and key federal agencies, as well as senior diplomats from around the world.

After 20 years in government and nonprofit work, including at the Brookings Institution, the Council on Foreign Relations, and the Nature Conservancy, Purvis wanted to start a business, one that would “focus on making the world a better place and living up to high ethical standards.”

It took “some courage,” according to Purvis, to found Climate Advisers. “There are dozens of international environmental organizations, and everyone I asked told me the world didn’t need another one.” Yet, he was convinced there would be a role for an organization that is “nimble and takes risks” while doing work that is so meaningful and important. It has all worked out, and Purvis says “I sometimes find it hard to believe I get paid to do this.”

According to Purvis, “the clean energy future of tomorrow will be better than today’s economy. Climate solutions can create jobs, save lives, protect nature, and strengthen our societies in countless ways.” As president and CEO of Climate Advisers, he is doing all he can to combat what he describes as a “major threat to peace and security.” The University of Minnesota’s Department of Political Science played a crucial role in preparing him for this role.