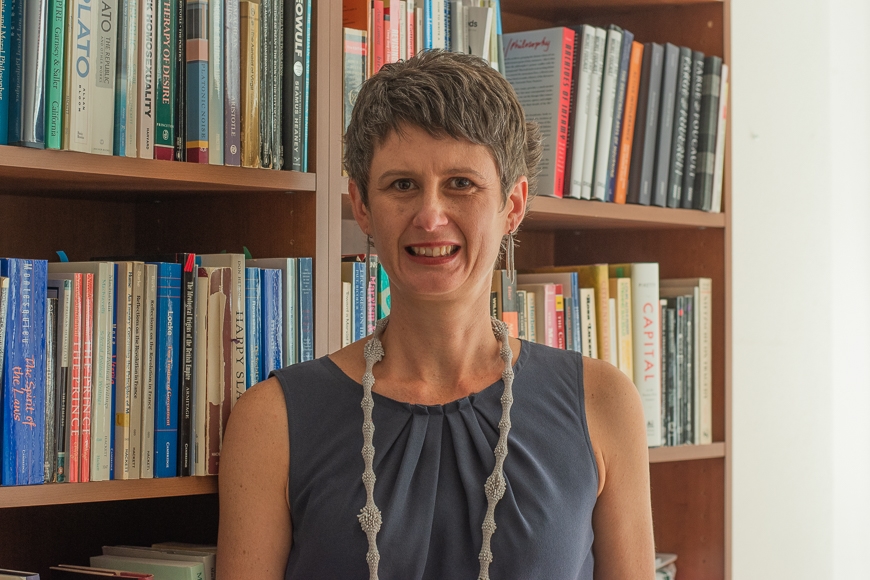 “My husband is a drunken lout, gambling away all of our money.”

“My wife is sleeping around and neglecting the children, dishonoring my family, and causing disorder in the neighborhood.”

“My son is good for nothing and will not go to work regularly. Please send him to the colonies. I will pay for the cost of his travel. There is no need for a return ticket.”

These are examples of letters written by ordinary Parisians, both men and women, in the 18th century, before the French Revolution, asking the king of France to resolve their family disputes.

What can thousands of letters to the king of France tell us about contemporary political issues like policing and mass incarceration? Professor Nancy Luxon digs deeper into the work of Michel Foucault and Arlette Farge to theorize political power.

Archives of Infamy: Foucault on State Power in the Lives of Ordinary Citizens is the companion book to Michel Foucault’s and Arlette Farge’s Disorderly Families, which Professor Luxon translated into English for the first time. The book offers a new perspective on how ideas of the family, gender relations, and political power crystalize into social relationships and regimes of power.

Few political theorists were aware of these letters or Foucault and Farge’s work until Luxon translated Disorderly Families from French to English in 2016. “The letters help us think about the ways power and justice touch on the lives of ordinary people,” Luxon says, “and those who are most vulnerable to problems of hierarchy. We tend to focus on political institutions, leaders, and the ways power is exercised visibly. These letters let us think about complexities from the first contact with power—namely, the police—by everyday people.”

Women writing to the French King in the 1700s faced dilemmas similar to those of women today. Specifically, they grappled with the decision of whether to invite the police into their home if they were physically threatened. “In the moment, you want the violence to end,” Luxon explains, “You want the police to come by and do something. What is harder, though, is knowing how to prevent the situation from being replicated and how to deal with the possible loss of the household’s primary wage earner.” Today, African American women are further confronted with the possibility that calling the police could lead to a racialized intervention. They often feel pressed to choose between protecting themselves and risking the racialized presence of the police.

Although such challenges feel new and modern, they are remarkably persistent. “What this book forces us to think about,” Luxon explains, “is why these problems are so recurrent. Why has there been so little change in practices of gender, power, and policing between 1726 and today?”

Professor Luxon’s research in Archives of Infamy is part of a broader research agenda, one that is oriented toward fraught political spaces in which political action and speech are inflected by relations of domination. Even within contexts of hierarchy and inequality, ordinary people find ways to contest power, to speak with and against others, and to undo and rework earlier practices and beliefs. Within these contexts, the possibilities for power and agency are simultaneously most at risk and most in play.

More recently, her research has explored these questions in the context of imperialism and colonialism. Although Professor Luxon’s own work has focused on decolonization and anti-colonialism in French North Africa, she has sought to broaden this conversation across CLA.

Under the aegis of the Interdisciplinary Center for the Study of Global Change (ICGC), Professor Luxon formally inaugurated the Institute for Critical Inquiry into Global Change in spring 2019. According to Luxon, the impetus for founding the Institute was two-fold. First, the desire was “to create a space where scholars across CLA could come together for a series of conversations around imperialism and colonialism.” Second, there was a “need to take a step back, and to be more reflective about concepts and frameworks across disciplines so as to make sense out of long processes of imperialism and colonialism.”

The Institute’s first faculty summer seminar ran in June 2019. Seven faculty members from different academic departments created a syllabus of recently published works to read collectively. This intensive week-long seminar featured two, three-hour seminar sessions. Each session was led by one professor with expertise on the material and one self-described “newcomer” to the literature and the debates. Luxon describes the dedicated week of recurrent conversations as “an extraordinary opportunity.”

In the past, these conversations happened only around one-time talks that permitted only brief interactions that would dissipate soon after the event. This seminar, which had “a group in the same room for four consecutive days, to read thoughtfully, to have arguments lasting multiple days, was a boon to develop our thinking and to shape research collaborations.”

This type of summer seminar will now be run every year. Each year, the faculty involved will design a series of events for the following academic year to revisit themes that come out of the seminar. Each semester will feature a major keynote lecture. This Fall’s keynote talk will be given by Gary Wilder from The City University of New York on “Black Radical Humanism and the Problem of Freedom.”

Keynote at the University of Western Cape

The shared programming between the Institute and ICGC has opened up other possibilities for exchange and collaboration, and most notably intellectual exchanges with scholars in South Africa. In summer 2019, Professor Luxon participated in the University of Western Cape’s (UWC) Winter School, held in July in South Africa. Winter School is part of a deep, long-standing connection between ICGC and the UWC. The partnership has stretched back for years allowing “conversations between scholars to go over decades,” Luxon says. This year Luxon was invited to give the keynote lecture to the Winter School, an invitation that left her “honored and humbled.”

Professor Luxon used the trip to Cape Town to develop and hone her next research project. This project explores the experience of decolonization and anti-colonialism of French North Africa. “To receive feedback on this project early on from African scholars was extraordinary,” Luxon says. The enthusiasm Luxon received for that initiative was “surprising and gratifying.”

One of the highlights of the trip to Cape Town was being able to spend a few days with Premesh Lalu, the director of the Centre for Humanities Research at UWC. Luxon described Lalu as “a ball of intellectual energy with a deep understanding of how to practically build institutional capacity like few academics have.” The experience with Lalu and the Winter School have led Luxon to “become even more eager and enthusiastic about solidifying the connection between the Global North and the Global South. It is absolutely critical to include scholars from the Global South in our shared work.”

During fall 2019, ICGC is hosting three scholars from UWC: Michelle King, Ayanda Nombila, and Ross Truscott. Moving forward, ICGC and the Institute hope to deepen the connections between these exchanges and the work of the Institute.

When confronting political problems around inequalities and violence, Professor Luxon helps us to understand the relationship between power dynamics from past moments and their echoes in the present. In addition, her work contributes to a broader set of efforts both within the U and beyond, to build interdisciplinary connections as well as collaborations between the Global North and the Global South. 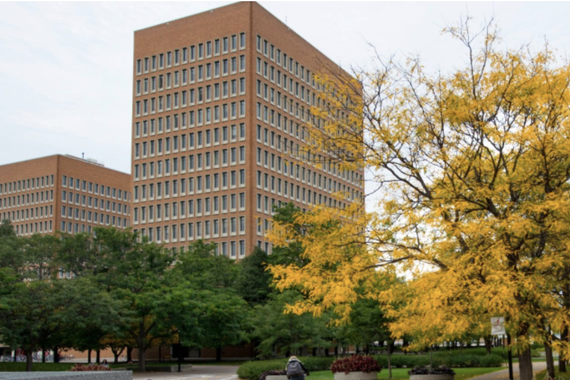 The Department of Political Science in the College invites applications for multiple full-time faculty positions in political theory. Applications are due October 22, 2021. 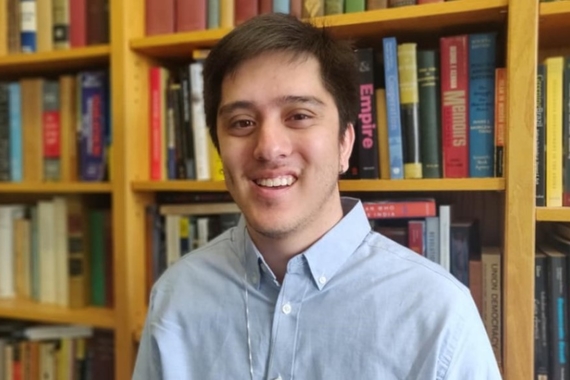 At the University of Minnesota, the Graduate and Professional Scholarly Excellence in Equity and Diversity (SEED) Award honors graduate students whose research focuses on