The Language of Revolution 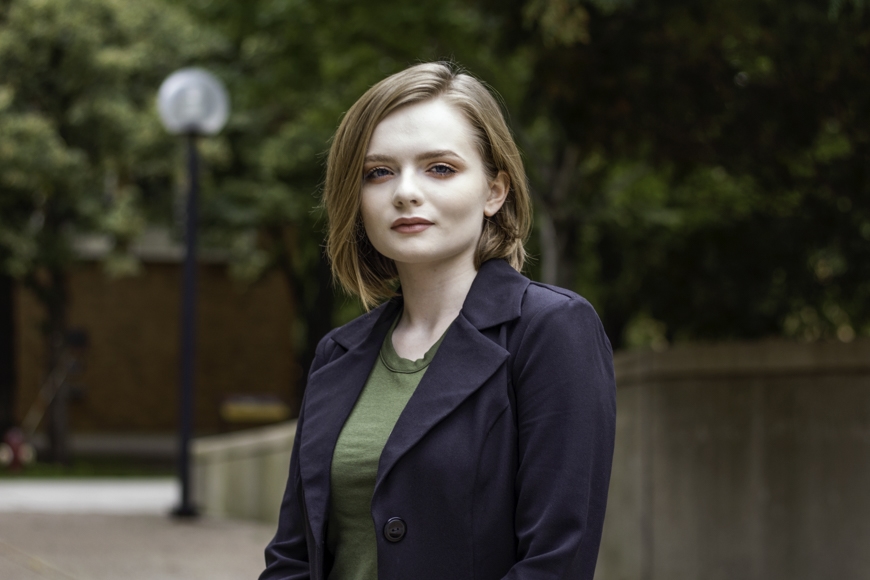 Ash Eberle was first drawn to the University of Minnesota because of its strong Asian language and literature department and the University Honors Program. History and politics had always interested Eberle, too. She decided to take a course on international relations during her first semester on campus.

Eberle decided that this class suited her perfectly. “I declared political science as my second major the following semester,” she recalls.

This great first impression led Eberle to study and work with different professors in the comparative politics sub-field. “In particular, Professor August Nimtz,” her professor for courses on the Cuban Revolution and African politics, “has greatly impacted my political and professional development,” says Eberle.

Professor Nimtz acted as Eberle’s honors thesis adviser and gave valuable assistance for the article Eberle published in the Minnesota Undergraduate Research and Academic Journal. “Angola and the Legacy of Stalinism” argues that Stalinism in Angola—as in many other places around the world—served to appropriate and defang the communist Angolan Revolution from within, eventually leading to its collapse, and that it has left a legacy that still negatively impacts the mobilization and moralization of Angolan workers today.

From the Classroom to Cuba

Eberle first became interested in Angola while taking a Cuban Revolution course in which Professor Nimtz taught about Cuba’s role in Angola’s war against South African invasions and the end of apartheid. Growing into a research project for Nimtz’s course Contemporary Politics in Africa and the Colonial Legacy, Eberle’s work won the department’s William Jennings Bryan Prize for Best Undergraduate Paper. The research process involved poring through dozens of books, some of them older texts and primary sources borrowed from Professor Nimtz.

“More than writing or publishing, I enjoyed the opportunity to present my work to peers and have more in-depth, face-to-face discussions about Stalinism and revolutionary movements in Africa,” says Eberle.

“In the process of writing, interviewing, and field investigation," Eberle says, “I learned a variety of valuable academic and personal skills—including a new language, Spanish—and made some incredible friendships and contacts that have opened many doors for me both personally and professionally.”

Gaining Skills and Building a Future

The Spanish Eberle absorbed while in Cuba helped her land a job after graduation. She is taking a temporary break from academia to do Spanish translation and database administration for Data Recognition Corporation, serving state governments by helping create standardized tests for K-12 students. “It is a wonderful opportunity to sharpen my language skills while I prepare for the DELE exams.” (The DELE is a Spanish diploma that certifies a degree of competence and mastery of the Spanish language, granted by Spain's Ministry of Education, Culture and Sport.)

The experiences Eberle was able to take part in through the Department of Political Science and Honors Program left her “with fond memories and new friendships, but also helped me develop my language competency, intercultural awareness, exposed me to new political and cultural perspectives, as well as taught me skills like multilingual communication and a great deal of adaptability to new and unpredictable situations.”

“Most importantly,” she says, “I learned how to ask the right questions, and to see the world with a much more critical and receptive eye.”