The Narrative of National Security 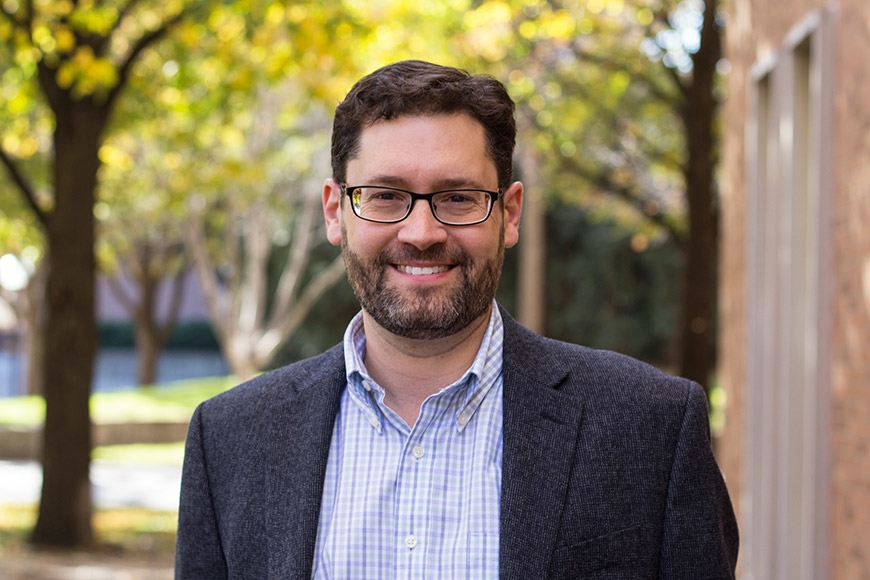 Dominant narratives—from the Cold War consensus to the War on Terror—have often been the foundation for debates over national security. Weaving current challenges, past failures and triumphs, and potential futures into a coherent tale, these narratives give meaning to global events, define the range of ‘acceptable’ foreign policy ideas, and thereby shape national security policy. However, scholars know little about where these narratives come from, how they become dominant, and when they collapse.

Krebs’ research, distilled in in his 2015 book Narrative and the Making of US National Security, has resulted in novel theoretical claims about the life cycle of these narratives. He argues that dominant narratives of national security in the United States are not the straightforward result of rhetorical skill or a natural outcome of international events. Formidable orators have met with resistance to their preferred foreign policies, and far less skilled speakers have told stories that resonate powerfully with the American public.

Krebs maintains that facts acquire meaning only when leaders weave them into coherent stories. He theorizes that narrative dominance emerges from the potent combination of moment (the time when the narrative is still in flux), institutionalized authority, and rhetorical mode (storytelling). Crafting a new narrative of national security is possible only when times are unsettled and when multiple narratives are circulating in the public sphere. If presidents then embrace the rhetoric of storytelling, and introduce a new narrative of national security, their preferred narrative is more likely to rise to the top.

But Narrative’s innovations are as much empirical as theoretical. Krebs evaluates these arguments carefully against evidence drawn from US debates over national security from the 1930s to the 2000s and shows how these narrative dynamics have shaped the policies the United States has pursued.

Through a large-scale content analysis of newspaper editorials, Krebs found the first clear evidence of what the Cold War consensus was, when it coalesced, and when it collapsed.

Contrary to previous accounts, Krebs shows that the dominant Cold War narrative was relatively narrow, revolving only around representations of the communist adversary. In addition, it came together later and eroded earlier than the conventional wisdom proposes, arriving well into the Korean War and eroding before America’s involvement in the Vietnam War.

To make sense of these puzzling findings, Krebs challenges the usual view that entrenched institutions, ideas, and discourses give way only after a shocking failure that overwhelms the forces of inertia. Rather, he argues that even substantial battlefield setbacks can ironically strengthen dominant narratives of national security by impeding challenge and by encouraging narrow policy criticism that reproduces the narrative. Meanwhile, victory in war and coercive diplomacy makes narrative change possible.

Professor Krebs emphasizes that “this book is not a how-to manual from which politicians can or should glean lessons on how to seize their rhetorical destinies.” But it does make us attentive to how common sense is actually the product of concrete rhetorical efforts of the past, to the power of dominant narratives of national security, and to the impediments to and possibilities for narrative change. Only if we are aware of these dynamics can we possibly hope to effect change and to productively broaden the scope for debate.

Krebs’ research is often motivated by current events and challenges. Many commentators have worried that President Trump will write a new national security narrative steeped in an ‘America First’ mindset.

Read Krebs' blog post, "Why Trump Won't Write the Next American National Security Narrative But Why You Should  Still Be Very Worried," published on The Duck of Minerva blog.

Krebs argues that Trump is not ready to dominate the narrative stage. While candidate Trump questioned the value of long standing alliances, charged that the rules of the global game were tilted against the United States, and occasionally challenged American exceptionalism, he was basically alone in doing so.

Furthermore Trump’s own Cabinet secretaries charged with foreign affairs and national security differed with him on nearly every issue throughout their nomination hearings and since. Krebs maintains that a crucial ingredient needed to write a new national security narrative—unsettled narrative space—is missing.

Krebs and co-author Robert Ralston (a PhD candidate at the University of Minnesota) have also discovered that rhetorically, in certain ways, Trump has had more in common with Barack Obama than with any of his other predecessors.

Read Krebs and Ralston's rhetorical analysis on Trump and Obama in an article published in The Conversation.

Using the tools honed in Narrative, Krebs and Ralston analyzed Trumps substantial speeches and found that their rhetoric was by far more self-referential (using first-person pronouns) and tenacious (using words that call for action such as ‘must’ and ‘need’) than that of all other post-World War II presidents.

According to Krebs, “Obama and Trump likely adopted the same rhetorical tack for the same reason: Audiences across the political spectrum have craved a strong leader.” Gridlock in Washington and deep polarization have led people to respond to an ‘authoritarian’ or ‘heroic’ model of leadership.

“I believe some of the greatest dangers we face are self-imposed,” Krebs says. “We have all, I think, become more aware of the power of our leaders’ rhetoric, the dangers it poses, since President Trump assumed office last January. That is why I’ve studied how national security narratives rise to dominance and then fall from that privileged perch. Some of the greatest consequences follow from how our leaders, and all of us, make public meaning—that is, narrate—our world.”