Learn more and nominate an alumnus

Psychology's Distinguished Alumni Awards recognize the many and varied achievements of our alumni. For some alumni, especially our PhD alumni, the awards may recognize achievements in research and scholarship, or they may recognize leadership in their chosen professions, as well as notable humanitarian efforts. The criteria for these awards are inclusive and capture the diversity of distinguished achievements by individuals educated in our department. 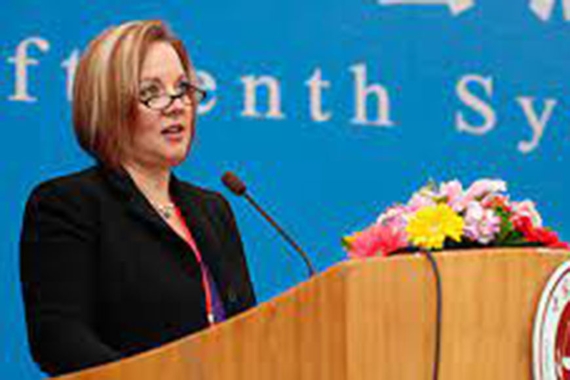 The recipient of the 2022 Graduate Alumni Award is Dr. Margaret Bull Kovera. Dr. Kovera received her Ph.D. in social psychology from the University of Minnesota in 1994. She has served on the faculties of Reed College, Florida International University (FIU), and the John Jay College of Criminal Justice at the City University of New York, where she is currently a Presidential Scholar and Professor in the Psychology Department. Dr. Kovera’s research examines every aspect of the jury process from pre-trial publicity to jury selection to a variety of biasing mechanisms in jury judgment and deliberation. She has also published extensively on eyewitness identification and the use of scientific evidence in trials. Her work has contributed to understanding psychological aspects of biased jury processes that undermine social and criminal justice. She has published four books, in addition to many scientific articles, and her book, The Psychology of Juries, received the American Psychology-Law Society Book Award. She has also won multiple awards for her teaching, from FIU, John Jay, and the American Psychology-Law Society. She was the first woman ever to hold the position of Editor-in-Chief of Law and Human Behavior, the premier outlet for scholarship in psychology and law. In addition to her academic work, Dr. Kovera regularly serves as a jury consultant and as an expert witness on the reliability of eyewitness identification. 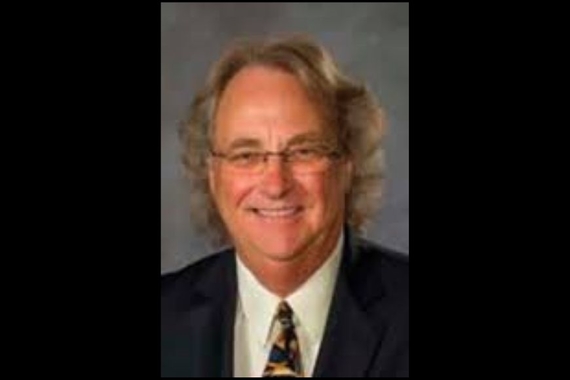 The recipient of the 2022 Undergraduate Alumni Award is Dr. Robert Balster. Dr. Balster received his B.A. in Psychology at the University of Minnesota in 1966 and went on to receive his Ph.D. in Psychology from the University of Houston in 1970. After post-doctoral training in Psychiatry and Pharmacology at the University of Chicago and a short time on the faculty at Duke University, he moved to Virginia Commonwealth University (VCU), where he has been ever since. Currently, he is the Butler Professor of Pharmacology and Toxicology at VCU. He is a leading figure in scientific research on the prevention and treatment of addiction. From 1997 to 2013 he was the founding director of the VCU Institute for Drug and Alcohol Studies. Among many other professional awards, Dr. Balster received the 2009 Nathan B. Eddy lifetime achievement award for addiction research from the leading research society in this field, the College on Problems of Drug Dependence. In addition to his academic work, he has served as a scientific advisor for the World Health Organization and also for the United States Agency for International Development (USAID), helping to lead the agency into evidence-based practices in preventing child mortality and promoting maternal health. 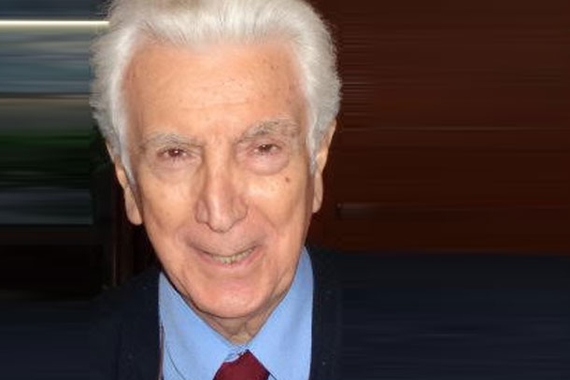 The recipient of the 2021 Graduate Alumni Award is Dr. Reza Zamani.  Dr. Zamani received his Ph.D. in Clinical Psychology from the University of Minnesota in 1974. Since then, he has played a pivotal role in the development of the field of psychology in Iran and was instrumental there in bringing cognitive science to the fore. After receiving his degree, Dr. Zamani returned home to become a member of the faculty in the Department of Psychology at the University of Tehran, where he eventually became the Director of the Institute of Psychology.  He has produced many scholarly works and has also translated several textbooks into Farsi, covering all levels of psychology. He continued to advance psychology in Iran following the Islamic Revolution (1978-1979), and he organized the re-formation of the Iranian Psychological Association (IPA) in 1995. He has served as the president of the IPA from 2006 to 2011 and again since 2018. He also served as the director of the Institute for Cognitive Science Studies from 2007 to 2010. In 1991, he founded the journal Psychological Research, a bilingual English-Farsi journal. 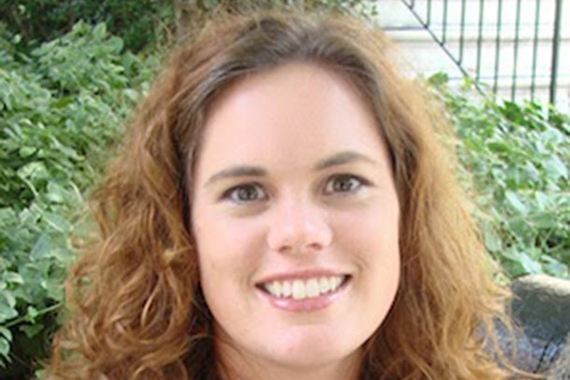 The recipient of the 2021 Undergraduate Alumni Award is  Dr. Michelle Ellefson.  Dr. Ellefson graduated from the University of Minnesota with a BA in Psychology in 1996.  After graduating, Ellefson was employed in the University of Minnesota Office of Admissions working with prospective students.  This position allowed her to remain engaged with scientific research, volunteering in labs where she learned neuroscience and medical research skills that fueled her passion to continue with a career in research.  Ellefson completed her MA and PhD in the Brain and Cognitive Science program at Southern Illinois University. Currently, she is a Reader (equivalent to full professor in the US) in the Faculty of Education at the University of Cambridge, where she leads a multi-disciplinary research team that integrates developmental cognitive neuroscience with research on educational practice. Her work bridges the gap between basic research on learning and the everyday practice of education, working with diverse populations and with an international scope. She has led projects in the United Kingdom, Hong Kong, United States, China, Egypt, Malaysia, Mexico, Cyprus, and Singapore. She has also been funded to hold a series of events on The Educated Brain,  which bring together teachers, policymakers, neuroscientists, psychologists, and educational researchers. 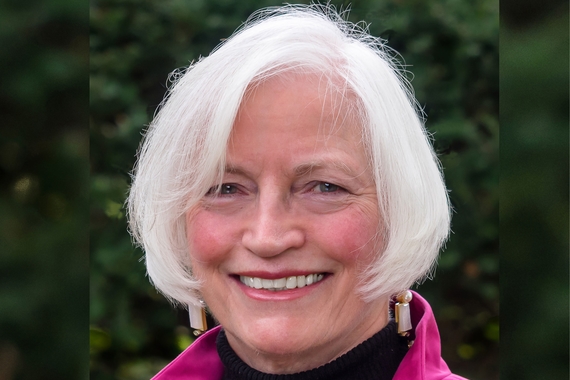 The recipient of the 2020 Graduate Alumni Award is Dr. Leaetta Hough. Leaetta Hough received her Ph.D. in Industrial/Organizational Psychology from the University of Minnesota in 1981. Dr. Hough is president and founder of the Dunnette Group Ltd and a past president of the Society for Industrial and Organizational Psychology.  Dr. Hough is a world-renowned leader in the basic and applied scientific study of personality in the workplace, having conducted agenda-setting research on the measurement of personality and the prediction of job performance. Dr. Hough’s work truly sets the standard for integrating research and practice in true Minnesota “scientist-practitioner” fashion. 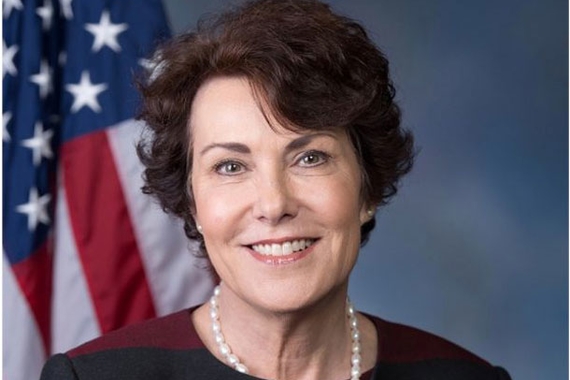 The recipient of the 2020 Undergraduate Alumni Award is Senator Jacky Rosen. Jacky Rosen graduated from the University of Minnesota with a B. A. in 1979 with a bachelor's degree in psychology.  After graduating, Jacky Rosen moved to Nevada and continued her education in information science.  After pursuing a career in computing and information technology, Jacky Rosen entered public service, and in 2016 was elected to the United States House of Representatives, where she represented Nevada’s 3rd congressional district.  In 2018, Jacky Rosen was elected to the United States Senate, representing the state of Nevada. In the US Senate, Jacky Rosen has worked on (among others) issues related to health care, the environment, education, and civil rights. 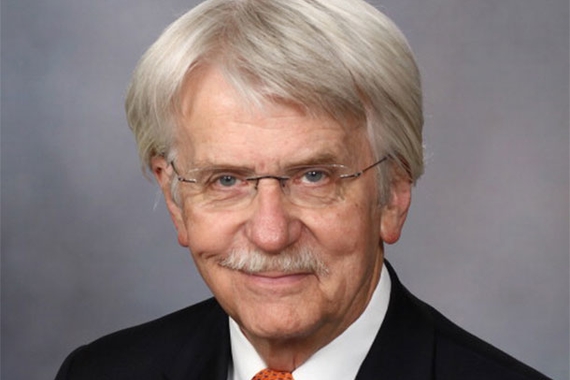 Ronald C. Petersen, MD, PhD. focuses on investigations of cognition in normal aging, mild cognitive impairment, and dementia. Petersen and his colleagues evaluate cognitive changes in normal aging as well as in a variety of disorders involving impairment in cognition, such as Alzheimer's disease, frontotemporal lobar degeneration, and Lewy body dementia.

Dr. Petersen directs the Mayo Clinic Alzheimer's Disease Research Center and the Mayo Clinic Study of Aging, both of which involve the study and characterization of aging individuals over time with an emphasis on neuroimaging and biomarkers. 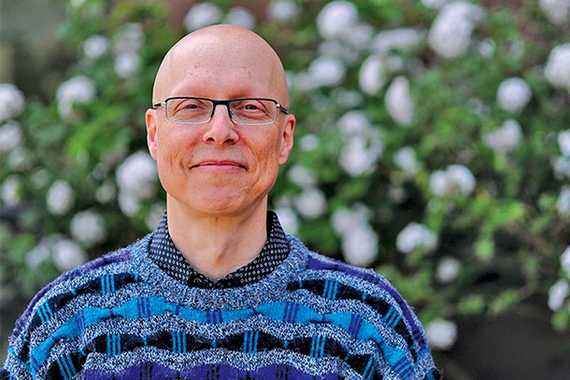 Professor Plous' research focuses on prejudice and discrimination, decision-making, and ethical issues relating to animals and the environment. He is also interested in web-based research and the development of online
psychology resources.

Plous holds a PhD in psychology from Stanford University. He joined the Wesleyan University faculty in 1990 and has interests in judgment and decision-making; international security; prejudice and discrimination; the human use of animals and the environment; interactive web-based research; and action teaching.

Among social psychologists, Plous is perhaps best known as the founder and executive director of Social Psychology Network, a suite of nonprofit websites supported by the National Science Foundation, several other organizations, and more than 1,000 members. Collectively, these sites have received more than 362 million page views. 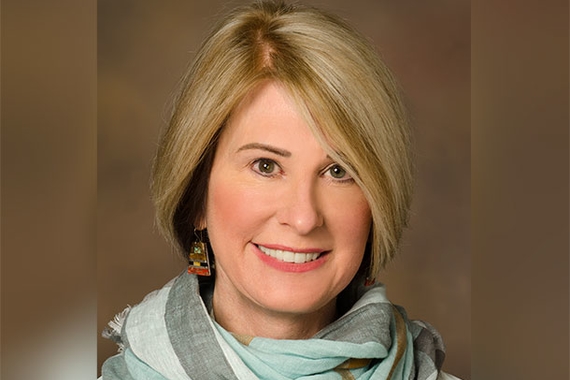 Dr. Koss, PhD, is Regents’ Professor in the Mel and Enid Zuckerman College of Public Health at the University of Arizona.

She published the first national study sexual assault among college students in 1987. She was the principal investigator of the RESTORE Program; the first restorative justice program for sex crimes among adults that was quantitatively evaluated. She also directed Safety Connections, a restorative justice-based family strengthening program for children under 5 exposed to violence. She has developed resources for campus use including ARC3 Campus Climate Survey and the STARRSA model for rehabilitation of those responsible for sexual misconduct. Her ongoing work evaluates a sexual assault primary prevention program focusing on staff of alcohol serving establishments. She recently published a test of the “serial rape” hypothesis among college men.

Her credentials document close to 300 publications. The most recent appeared in American Psychologist and focused on victim voice and in re-envisioning responses to sexual and physical violence, better responses to underserved populations, and greater alignment of funding from the Violence Against Women Act funding with expressed victim needs.

During her career, she has consulted with many national and international health and advocacy organizations. Since 2016, she advised the US Departments of Justice, Education, and the White House Taskforce on Campus Sexual Assault. 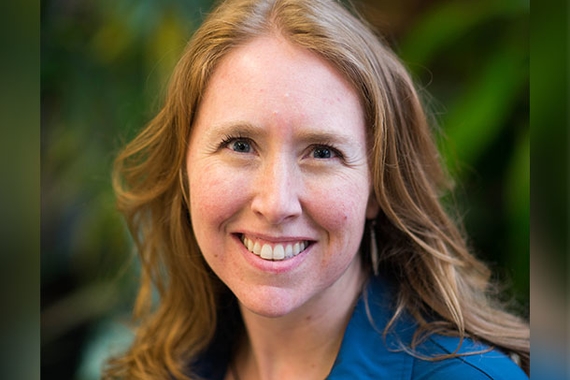 Dr. Peters, PhD, LP, CMPC, is Associate Professor of Psychology at the University of Minnesota, Morris and a licensed psychologist in the state of Minnesota.

Dr. Peters received her doctorate of philosophy (2006) in clinical psychology with a specialty in sport psychology from the University of Arizona. She completed her predoctoral internship and postdoctoral fellowship at the University of California-Davis Counseling and Psychological Services where she received extensive training in multicultural counseling and diversity issues.

The overall goal of Dr. Peters’ program of research is to assist in the development of culturally sensitive interventions and programs that improve the health and well-being of people from marginalized cultural groups within our society.

Dr. Peters has published numerous chapters and articles on various topics related to culture. Her applied interests include facilitating multicultural discussion groups and providing sport psychology services to coaches and athletes. Dr. Peters is a certified mental performance consultant and a member of the United States Olympic Committee’s Sport Psychology Registry. She has conducted numerous diversity training seminars around the United States.