The Government of Finland/David and Nancy Speer (GOF/DANS) Visiting Professorship was created in 1989 to stimulate interest in Finland; to raise awareness of unique and important Finnish contributions in cultural, political, and social spheres; and to establish new networks between scholars in Finland and the United States. GOF/DANS professors work at the University of Minnesota from one to three years and have represented many fields of research across the arts, humanities, and social sciences. 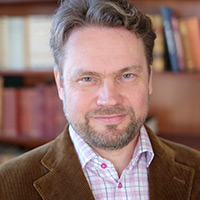 His work as a historian and European studies scholar is located at the intersection of European political and economic history in the 20th and 21st centuries and in the present and recent past. 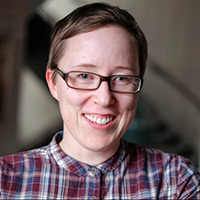 Mari Pajala’s research has focused on television as a cultural form, particularly in the context of Finnish media history. Her doctoral research discussed how an annual television event, the Eurovision Song Contest, has participated in constructing nationality in Finland since the early 1960s.

In her other work, she has studied the formation of cultural memory in contemporary television culture and analyzed representations of class and gender in popular media. Her ongoing research looks at the relations between Finnish television and socialist television cultures in the 1960–1980s. Pajala is a member of several research networks focusing on the study of European television and a member of the editorial board of the open-access journal View: European Journal of Television History and Culture.