Spanish and Portuguese Studies appointments will be held via Google Hangout or phone. Available appointments can be seen on our calendar page. If you elect the phone option, we will call you from a restricted/private phone number. If you can not find an available appointment time, please email spadvise@umn.edu. 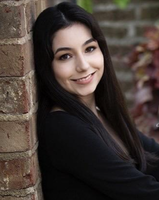 Shannon O’Meara is the peer advisor for the Spanish and Portuguese Studies Department. Originally from Minnesota, Shannon is pursuing a Bachelor of Science in International Business through the Carlson School Management and a Spanish Studies Minor. Shannon has a love and passion for Latin America and the Spanish language. She became interested in Spanish while spending most summers in Mexico City where her mother is from. Her abuelita and extended family on her mother’s side all live in Mexico City. She was fascinated by her culture and learning about this warm community rich with history. As an artist, Shannon finds art and inspiration in Mexican culture as well as the murals that were on the streets she grew up on in Mexico City. She has a strong connection to the language and an interest in Latin American Literature with her favorite writers and poets being Gabriel García Márquez, Jorge Luis Borges, Federico García Lorca, and Rubén Darío. Shannon hopes to continue learning and continue to be inspired by the heart of Mexico and the Spanish language. Shannon is fluent in Spanish and has extraordinary ability in the language. In the future, she hopes to use her language in her business career.

Our Student Ambassadors work closely with the advising office and are charged with developing and implementing community-building activities for our majors and minors. They can be reached at sppt-ambassador@umn.edu. Look for their events on our Student Ambassador calendar! 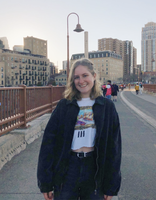 Tasha is in her second year at the U majoring in Spanish Studies and Marketing. After graduating she hopes to work for a company like Equal Exchange that works with farmer cooperatives in Latin America to bring foods like bananas, chocolate, and coffee to the US market in an equitable manner. She chose to major in Spanish because she grew up with many ties to the Latin American community and has always felt a pull to the culture. She believes that by studying the language and history thoroughly she will be able to further immerse herself in the culture and connect with the people in it. She hopes to put this into practice by engaging with the Latin American community in the twin cities and studying abroad in Ecuador next year. Outside of her position as a student ambassador you can find her looking through plant stores and vintage clothing shops as well as working on her chai latte recipe! 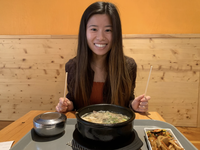 Richelle is in her fourth year at the U and is pursuing a Bachelor of Arts in Spanish & Portuguese Studies and Philosophy. After graduating this upcoming spring, she plans to enroll in graduate school to earn her Master of Education in K-12 Second Language Education. Having grown up in a multilingual household herself, she was always drawn to learning new languages and about others’ contexts and experiences that may have been different from her own. Studying Spanish and Portuguese in college allowed her to pursue those curiosities and expand her worldview. She also studied abroad through the department in Toledo, Spain this summer! As an aspiring middle and high school ESL teacher, Richelle hopes her undergraduate studies in Spanish and Portuguese will allow her to better connect with and serve the educational and emotional needs of immigrant children in the US. Academic interests aside, she is a noodle and soup fanatic, loves children’s animated films, and dreams of completing the American Ninja Warrior obstacle course in the (realistically, distant) future. As a Student Ambassador, she looks forward to fostering a greater sense of community and inclusion within the department!