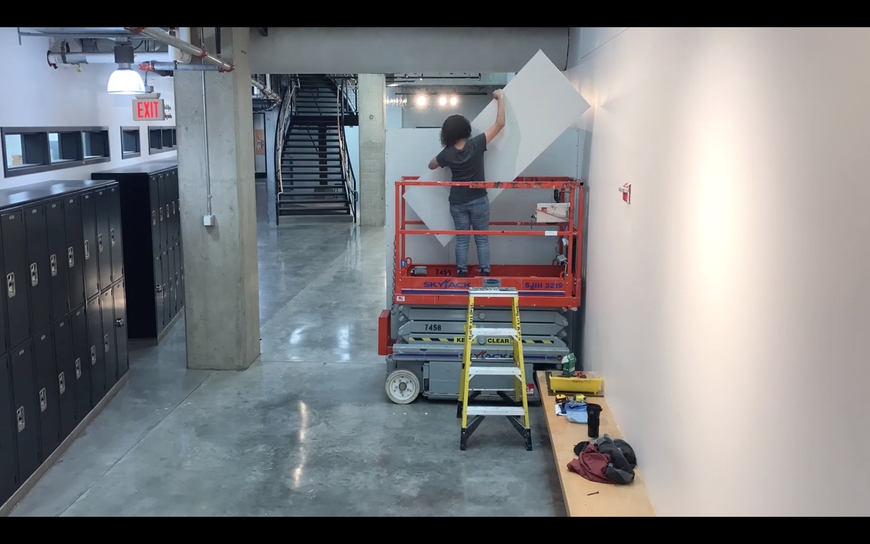 "I question our need to conceal unseen systems and our compliance with forceful self-categorisation. Through subtle alterations of documents, images, and spaces, I displace normative expectations and evaluate the systemic bias and hierarchy within such institutional systems. In doing so, my practice relies heavily on the materiality of institutional space and works to make invisible labour visible. Currently, I am on a quest to understand and critique why, within the structure of these systems, we are expected to check a box or fill in a blank that determines our identity. When unable to do so, we are forced to misrepresent ourselves." 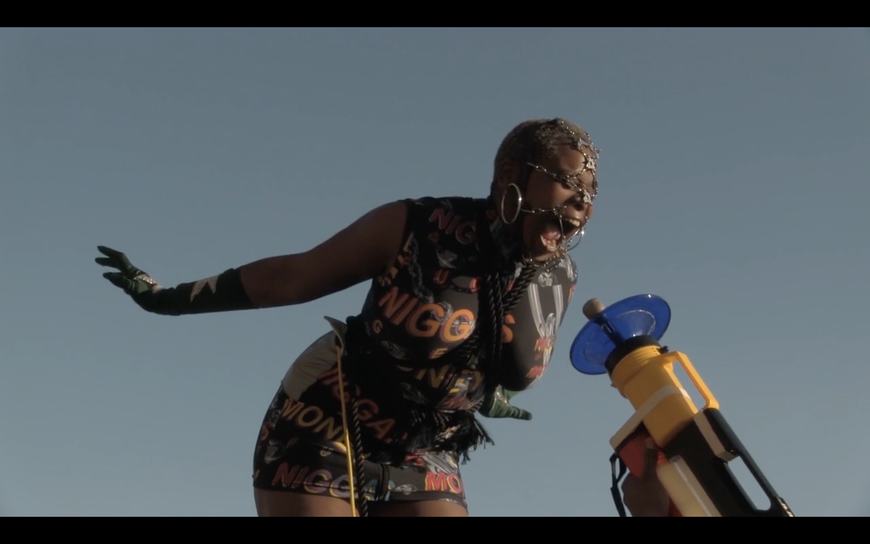 Namir Fearce is a North Minneapolis born interdisciplinary artist and cultural worker. His studio practice engages experimental film, assemblage, and music under the moniker Blu Bone. Fearce is informed by a constellation of Black Atlantic histories and sites of memory that weave complex emo-political worldscapes in which Black futurity and freedom are conjured. Fearce is currently completing In this Wicked Womb, a film that navigates radical pleasure, intimate determination, and the implications of living in spite of. 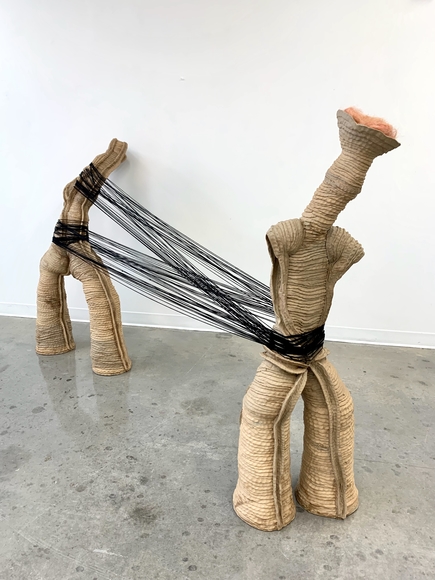 "Ever since I was a child I was taught the importance of working with one’s hands. I watched the hand movements of my dad and grandpa cutting and shaping dough in their bakery. I eventually learned the same ones. Now these movements make things out of clay. I feel a deep devotion to this material. The work I make is a physical manifestation of the passage of time through repetition. The process of rolling and pinching coils of clay transforms into ritual and the forms grow from the distortion and perception of the feminine body. From an early age I subconsciously associated femininity with violation. Now I am making limbs and they are my own. Reclaiming my body through the somatic experience of clay." 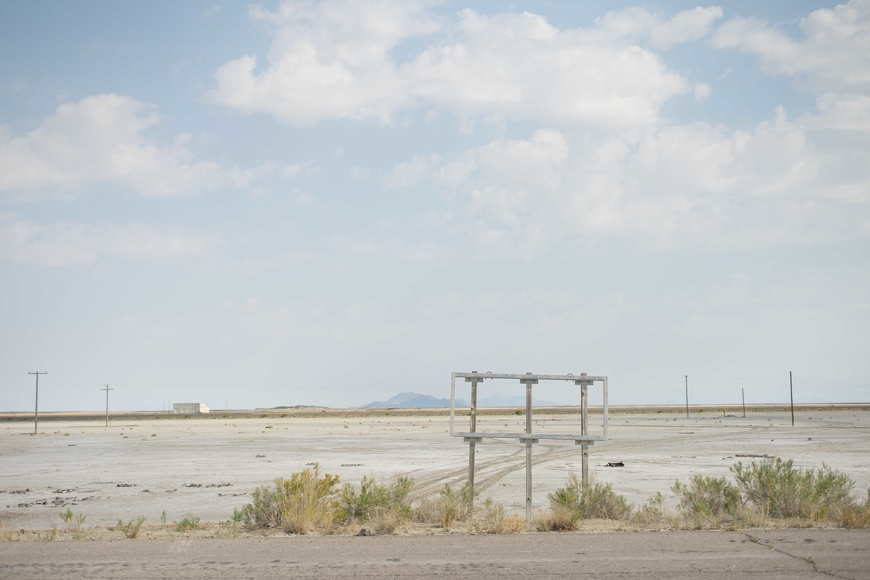 Cody Hilleboe is an artist working in ceramics, sculpture, and photography; he creates work in reference to and in question of the pharmaceutical industry.  Big pharma, specifically Purdue, was driven by wealth and greed without consideration for the people it set out to help.  The Sackler family is yet to be held responsible, his works are made in harsh criticism of this family.  Cody’s making is an investigation into his own experience with opioids.  His sculptural works are often non-objective, while his photographic works are a study in desolation and isolation. 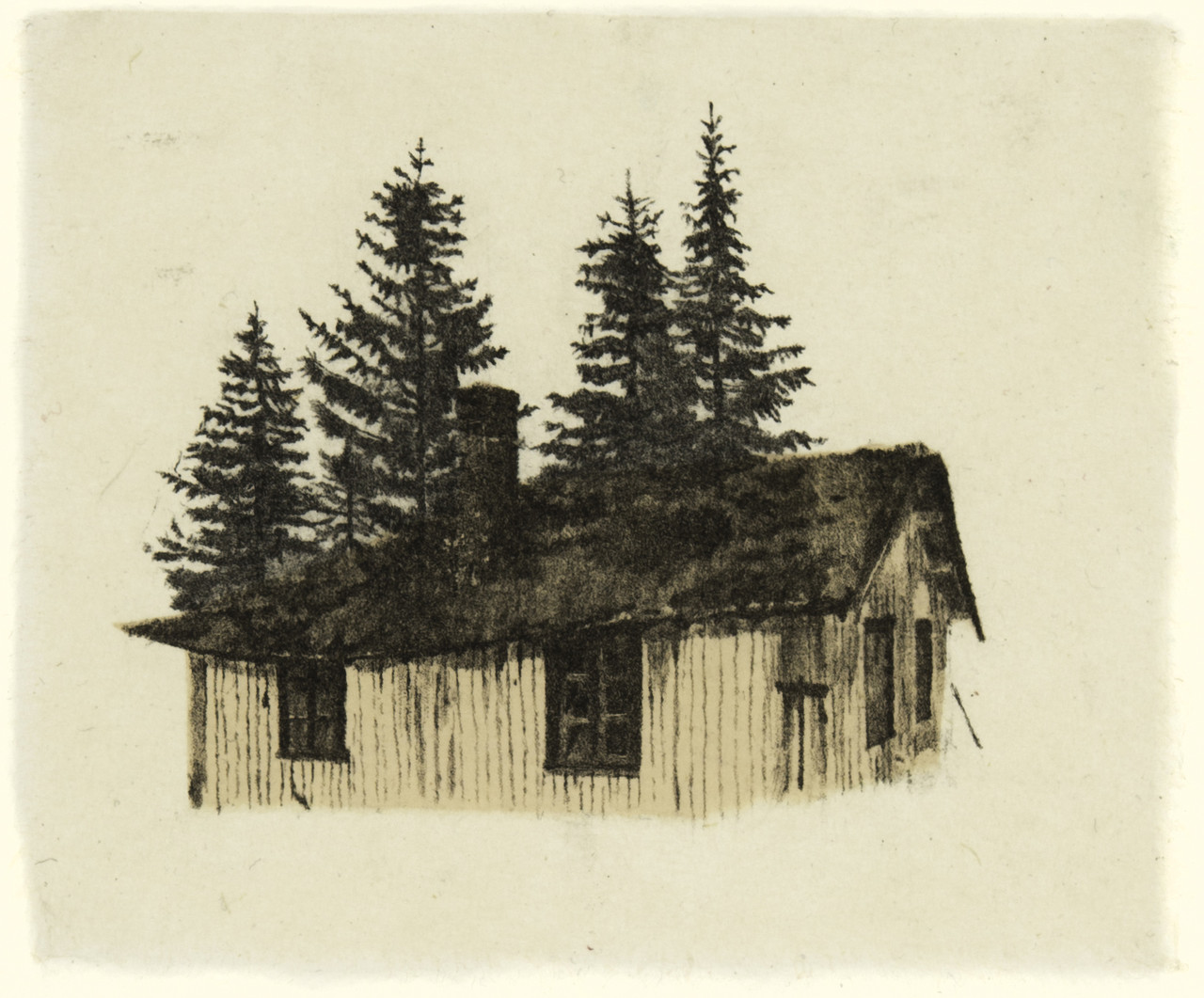 "I often find my art practice as a balance between attempts to preserve and yielding to decay. It is aided by collecting organic ephemera, photos from discarded family albums, scraps of material. We refer to such objects to uphold the memories we want to keep. I’m interested in reclaiming images that someone had chosen to discard at some point—perhaps someone’s face is blurred in the photo, or the people are long forgotten. I find that these castoffs tend to disrupt the narratives that we form about the past. Through prints and installation, I resituate these objects and build new narratives that evoke a sense of nostalgia." 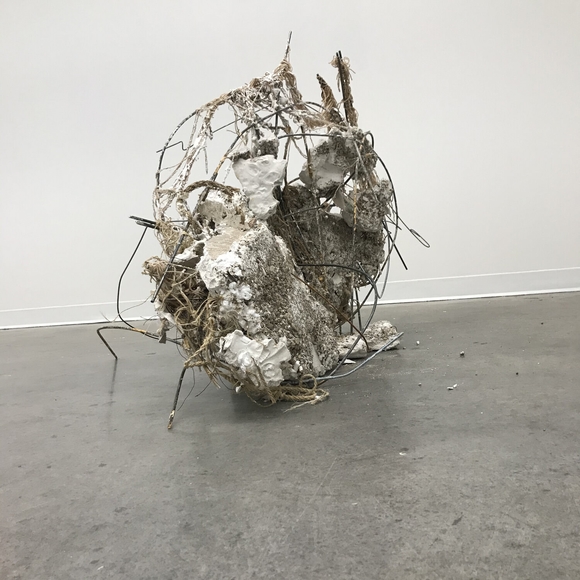 Nadia is an Egyptian artist based in Minneapolis, Minnesota. Her sculptures are products of a performance, a process of embodiment that reflects her interactions with the materials: the wrestling, forcing, and allowing. She explores physical boundaries in search of solutions, and new placements for organic and non-organic mediums. 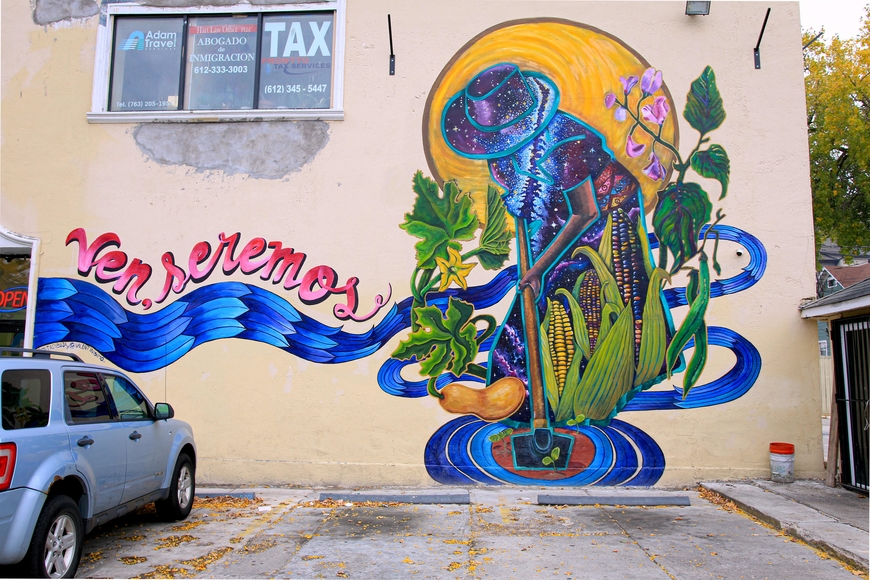 "I am a muralist, painter and comic artist. Growing up in Santiago, Chile during the final years of the military dictatorship has greatly shaped my life. I am the daughter of a Minnesotan mother and a Chilean father who were both part of the anti-dictatorship resistance movement. My family was directly impacted by exile and political persecution. My work unearths family histories and their continued impact on my life, in order to find belonging in my displacement. Drawing a line between past and present, I seek to make visible the lives of women currently facing violence rooted in racism and sexism, but who are also using their agency to resist. I paint bold portraits using saturated colors and create short comics using watercolor, gouache, ink and digital art. I understand my art-making as a tool of denunciation but also of community-building. I am greatly influenced by the long history of political muralism in Chile, including the Ramona Parra Brigade as well as Violeta Parra, the prolific visual artist and musician." 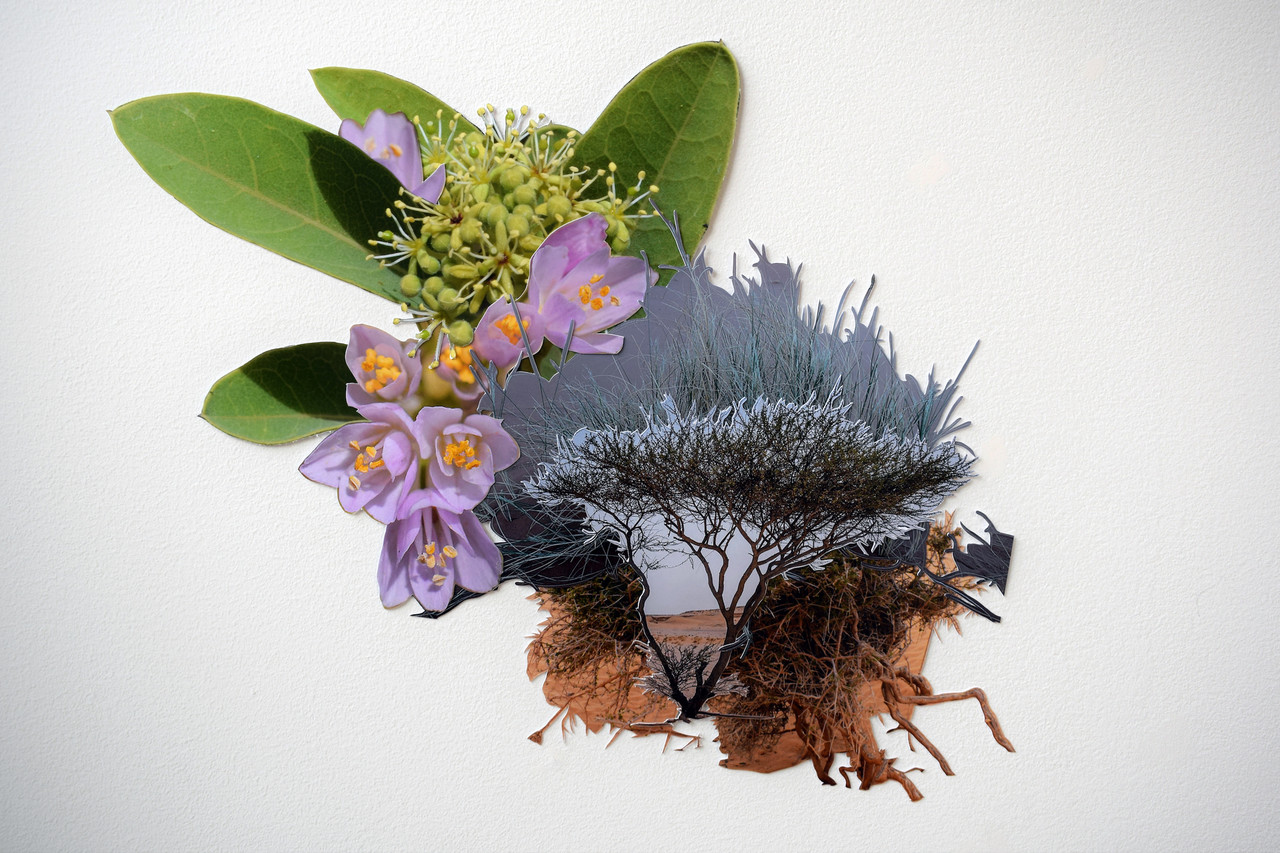 "For the last year my work has been primarily shaped by botanical and historical research in Africa and the Americas. The research-oriented and social practices of artists Kapwani Kiwanga, Mary Mattingly, Fritz Haeg, Jennifer Rubell, Rirkrit Tiravanija and Mierle Laderman Ukeles inspire me. I also draw inspiration from farmers and chefs who reclaim their culture’s plants and cuisines like Liberian farmer Morris Gbolo, Peruvian chef Virgilio Martinez Veliz, Oglala Lakota chef Sean Sherman and my mom Rosalind Lindquist who founded the first West-African restaurant in LA." 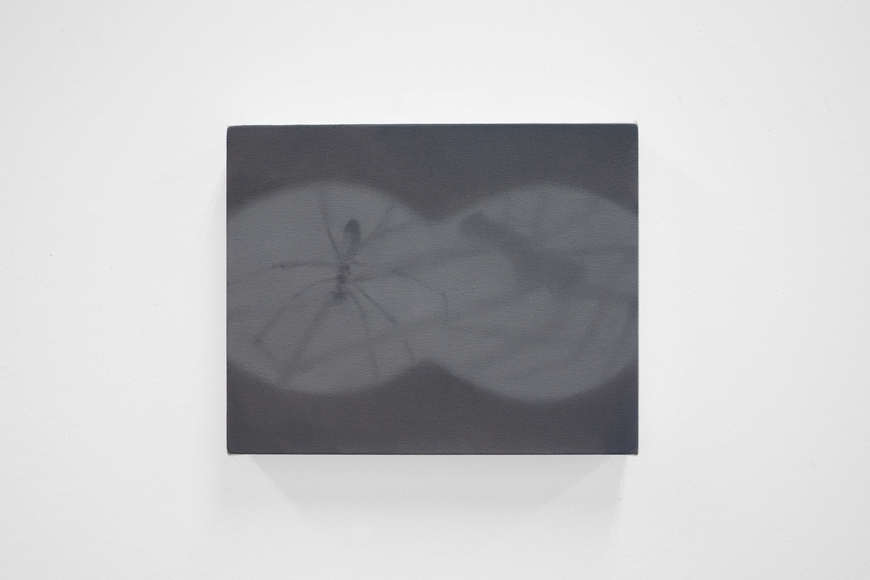 "I reinterpret family stories and private narratives through uncanny phenomena such as dream worlds, alternate realities, and doppelgängers. A lexicon of personal symbols and imagery recur throughout the work; an innocuous daisy, a common housefly or spider, elusive shadows, and other projections of the self that can never fully materialize as me, but are nevertheless tethered to me, mimicking me, reminding me even when I’d really rather forget. Through the process of painting, these once familiar symbols become tinged by something hauntingly unfamiliar. They are harbingers of deception, death, resurrection; but when they come back, they are never quite the same."

Maiuri received a BFA from Wayne State University in 2013. She has been included in multiple solo and group exhibitions in Minneapolis, Detroit, Atlanta, Los Angeles, and New York City. Her work has been featured in Art Maze Mag, Floorr Magazine, and WOPOZI. 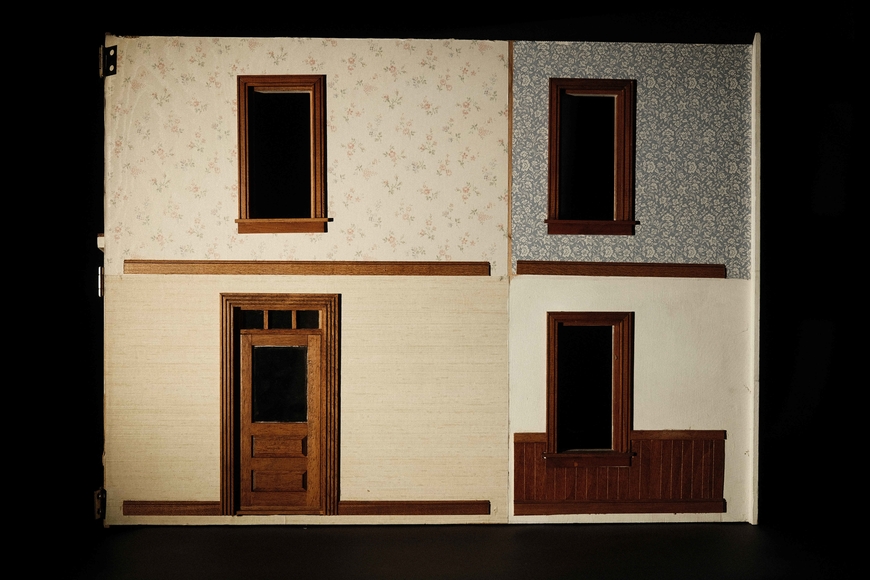 Nik Nerburn is a photographer and filmmaker working at the intersection of still and moving images. His practice is framed by the traditions of photobooks and experimental filmmaking, while also bringing together elements of lecture performance, slideshows, scrapbooking, puppetry, panoramic sculpture, and home movies. In his research and fieldwork, he collaborates with amateur genealogists, community archivists, neighborhood clubs, small town philosophers, and little museums. While in the graduate program at the University, he's working on a series of projects about the disappearance of his great grandfather in 1930. These projects have become extended meditations on disappeared men, photography as a tool of the occult, and the cryptic relationship between memory and imagination. 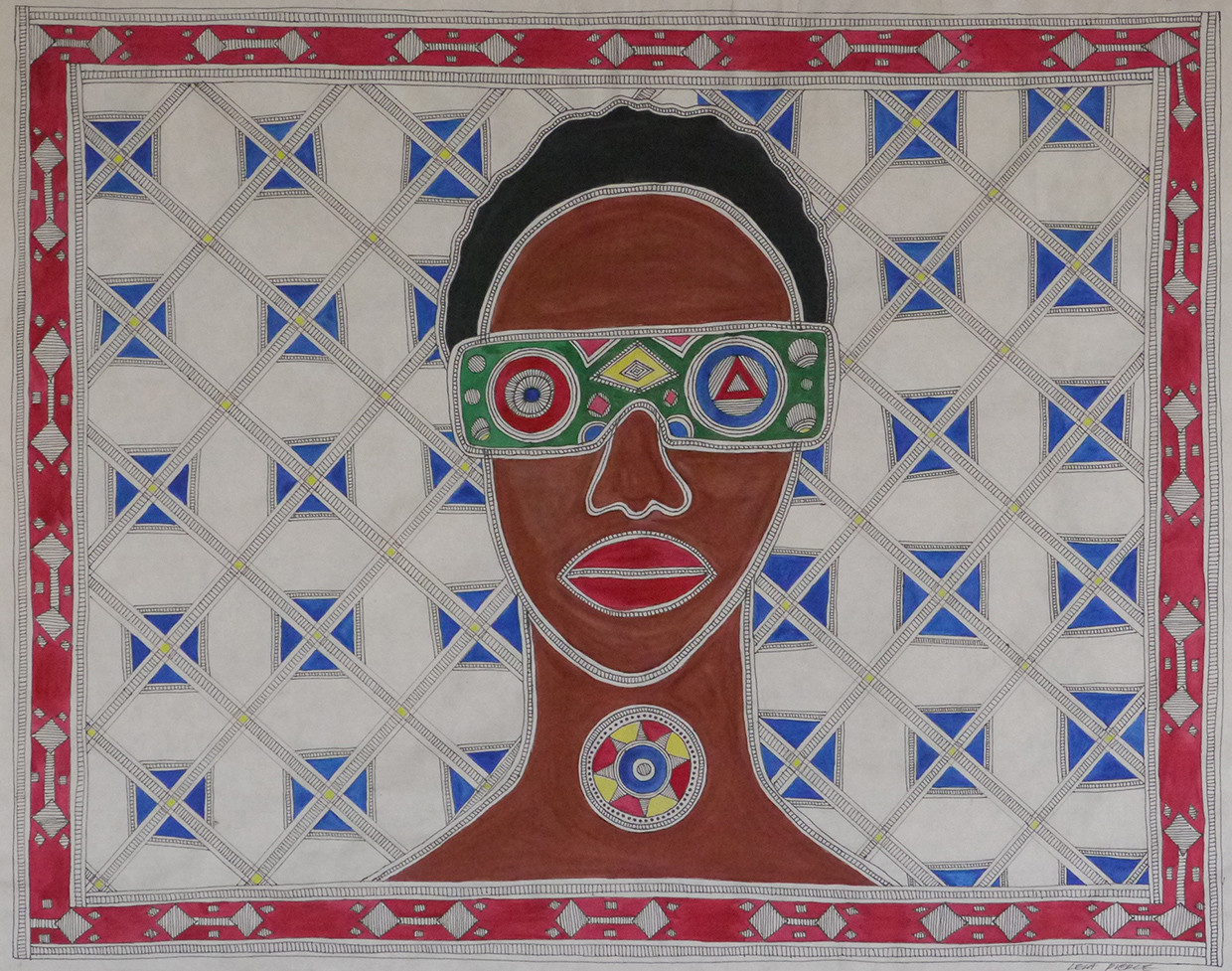 "In my work I try to imagine an existence beyond the corporeal. Mapping both experienced and imagined confluences of energy I search to locate vehicles of life force. As a multiracial artist, identity is central to my practice. While investigating it through artistic process, I also seek freedom from the more limiting aspects of it." 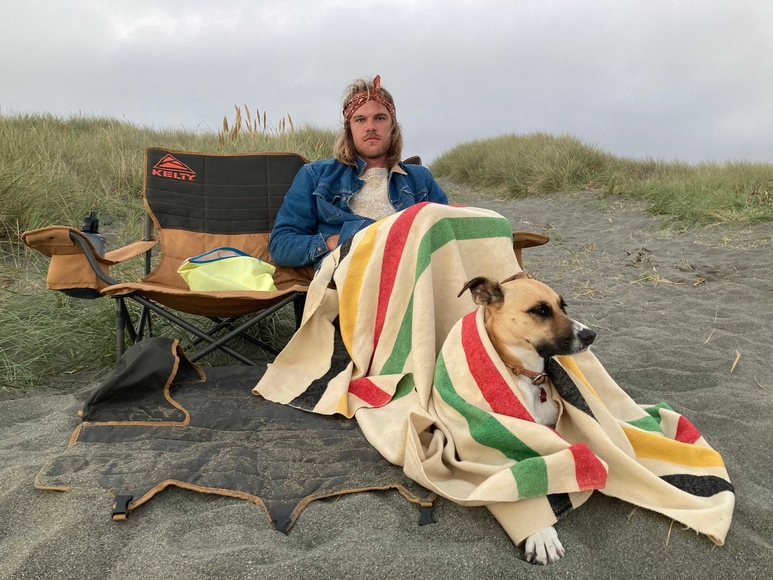 "In my work, I investigate meaning making, memory creation, and technology in the context of a changing sociopolitical landscape, with specific focus on the intersection of the current state of surveillance and our cultural impulse to publicly self-curate individual identities as well as specific moments in time."