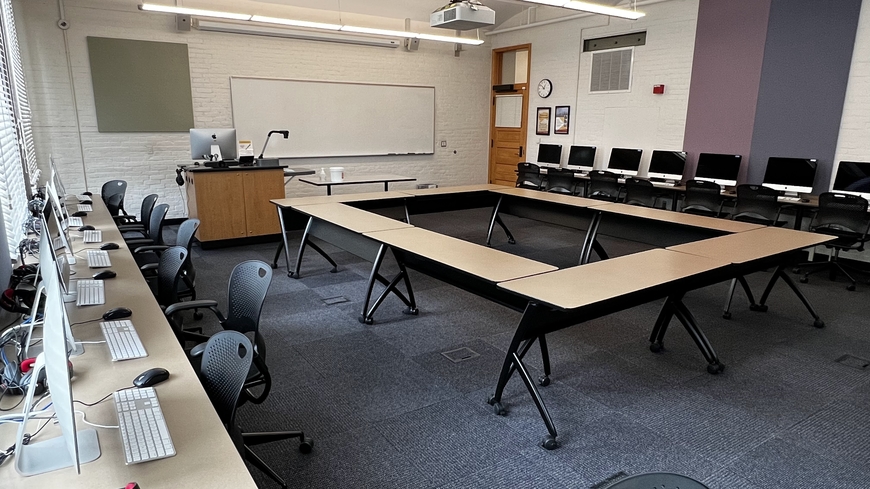 The Language Center maintains four computer classrooms. They can be reserved in advance for use with language classes or special presentations and workshops. All rooms have 24-30 student computers along with an instructor's computer.

A data projector in each room allows for projection from the LC computer, document camera, multi-zone DVD player or visitor's laptop. Other features include an electric projection screen along with wired and wireless internet access. Instructors can video record or conference in two classrooms.

All four Mac classrooms feature Northwestern Digital Language Lab (DiLL) audio lab software. This software provides an intuitive interface for instructors to pair students, monitor their conversations and set up recordings. Student recordings are saved automatically and can be reviewed by instructors through the Mac DiLL website. 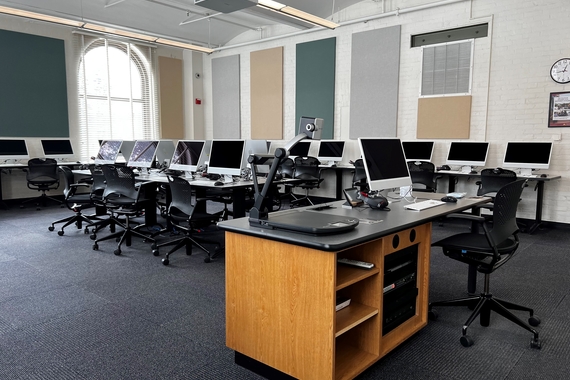 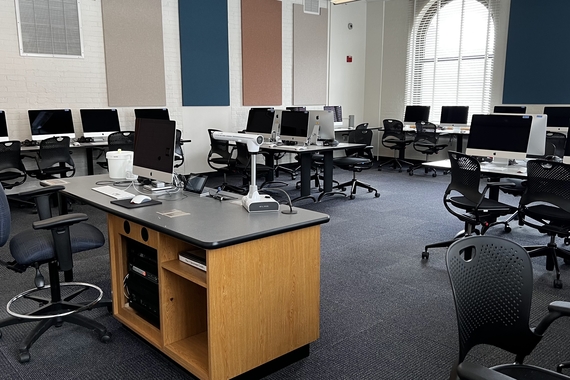 Computers along the classroom perimeter. Two tables with four computers each near center. Long table for instructors at front of classroom. iMac (21.5-Inch, 2017). Room capacity = 28. 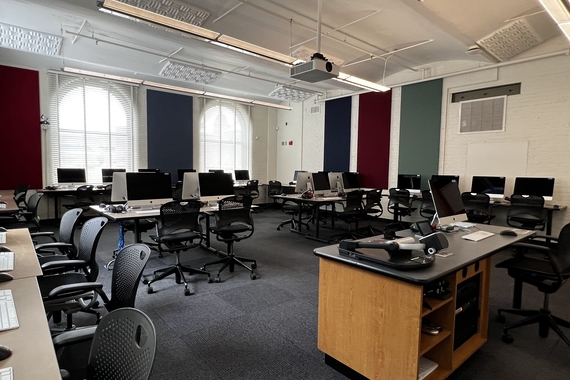 Classroom layout similar to Jones 15 with computers along the classroom perimeter and two tables with four computers each near center. Long table for instructors at front of classroom. Instructors can video record and conference from the instructor's computer. iMac (21.5-Inch, Late 2015). Room capacity = 29. 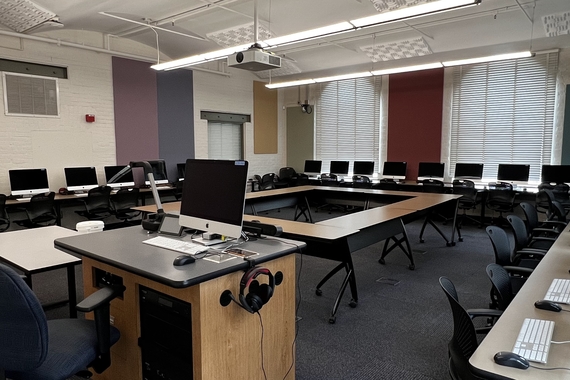 This classroom has a podium-style instructor's desk and is ideal for workshops or presentations. Mac computers are installed on fixed tables around the classroom's perimeter. There are also six moveable tables that can be arranged as needed depending on classroom activities. Instructors can video record and conference from the instructor's computer. iMac (21.5-Inch, Late 2015). Room capacity = 24.