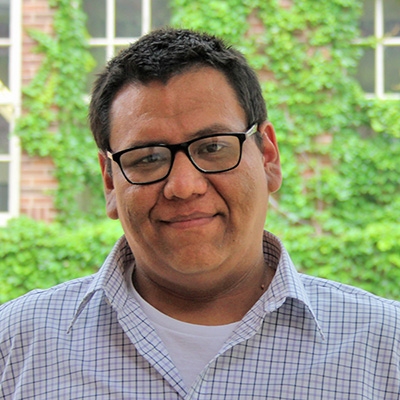 Where are you from?
Border Town of El Paso, Texas and Ciudad Juàrez, Chihuahua, Mexico.

Why did you decide to study at the University of Minnesota?
What attracted me most was professor Christopher Federico and his work on racism in the US. I was also drawn by the strength in political psychology here and the Center for the Study of Political Psychology (CSPP). Upon further investigation, I became aware of the push for diversity the Diversity of Views Experiences (DOVE) program.

What surprised you about living in the Twin Cities?
Being from the Southwest, I heard that Minnesota is a racially homogenous state consisting of mostly white people. Once in Minneapolis/St. Paul however, I saw that clearly this was not that case for the entire state. The Twin Cities area happens to be fairly diverse.

What do you enjoy most about the University of Minnesota?
The environment in the psychology department is very inviting. I’ve found it easy to use programs like the Center for Study of Political Psychology to collaborate on research with people in different fields such as communications, political science, and sociology.