From You Betcha to Kon’nichiwa 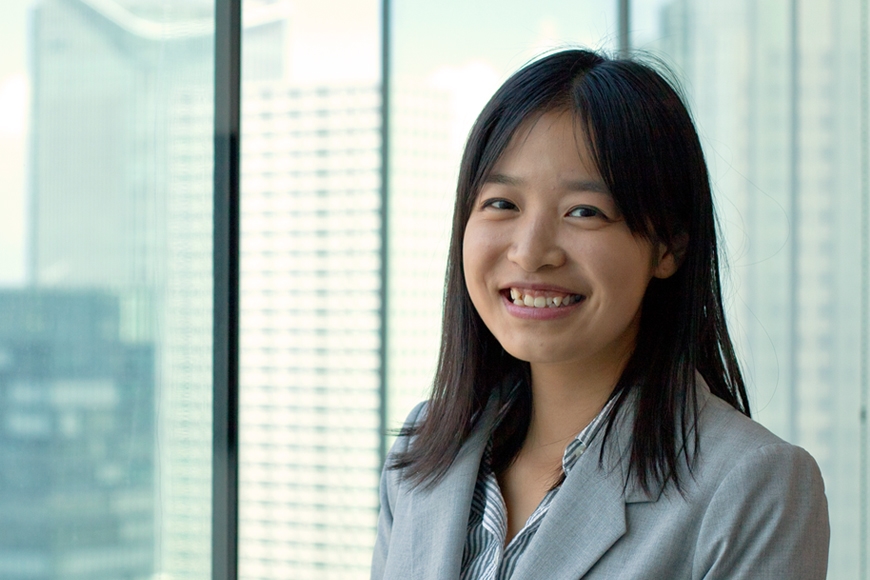 As an international student, Carrie Kuang (BA ’16) was prepared to study the culture around her. But what started as a natural consequence of moving from China to Minnesota, became—by her senior year—a full-fledged honors project.

A psychology major, Carrie became intrigued by an idea proposed by Kate Briggs, an educational program specialist in the Department of Psychology: What exactly is Minnesota Nice?

“Coming from China, I come from a more collectivist background,” she says. “I knew I was coming to an individualistic-dominant country; however, Minnesota surprised me. The behaviors here sometimes resemble behaviors back home or in Japan that are tied to collectivism, so that was very intriguing.”

Having lived in Texas prior to coming to Minnesota, Carrie saw a seemingly big difference in culture and temperament, “In Texas, they’ll yell on the street or honk,” she says, “And people here are really modest, they don’t like to argue with people, they ‘endure’ their problems instead of complaining. They always say, ‘I’m sorry’ first; there aren’t a lot of self-compliments.”

When Briggs, who coordinates the Psychology 1001 course, presented the idea of trying to define and quantify the aspects of Minnesotan culture that may differ from other parts of American culture as her senior honors project, Carrie was immediately on board. She says, “I wanted to investigate it and see, is this really true, or is this something I’m imagining?”

Carrie and two other honors students took on different aspects of the Minnesota Nice research, with Carrie focusing on cultural dimensions and looking at things like “verbal aggression” and “impression-manipulation.”

She won an Undergraduate Research Opportunity Program grant to help fund a nationwide survey taken by over 600 people. The initial results were intriguing enough that she and Briggs will continue to work on the data and eventually hope to publish their findings--despite the fact that Carrie has finished her degree and has moved to Japan to work for Hays, an international recruiting firm where she will work as a consultant and recruiter.

That she will continue to work on their project while halfway around the world and at a demanding new job does not surprise  Briggs, who describes Carrie as tenacious and driven.

“We try to encourage all of our students to get involved like Carrie has, at this hands-on level,” she says.

“I really pushed myself with this study, going into an area where there was nothing published. I had to recruit people, collaborate with others. I had to learn how to use data-analysis software, and I improved my writing skills.”

“Watching her learn how to do this research, how to analyze the data, finding the funding, it’s been so rewarding,” says Briggs. “And these skills have helped her get a really exciting job.”

While she initially thought of academia, Carrie is excited about her chosen career path. “Some people think I’ve abandoned my major by not going into grad school,” she says. “But psychology isn’t ‘how to be a counselor.’”

She says she chose Hays in Japan because she wanted the challenge of working in a global environment and the excitement of living in a new country. As for how she feels about taking on her new job?

“Recruitment is all about learning about people and matching people with the company’s needs or the other way around,” she says. “I know the observation skills, analytical skills, and communication skills from psychology will help me understand people's needs and how to interact effectively with them.”