Being a Classroom Partner at Murray Middle School

Cheryl Olman, PhD, jokes that her motivation for starting the Classroom Partners program at Murray Middle School in St. Paul was selfish. After earning tenure, Olman wanted to find a way to give back, but she wanted to stick close home and to create a program “that I wanted to work in...a program that I was proud of.” Initially, Olman signed up to be a tutor in an existing tutoring program at Murray Middle School, which is only a few blocks from her house. Now, several years later, she helped develop and is preparing to launch the Classroom Partners program, which will match more than 60 University of Minnesota student volunteers with 11 classrooms at Murray. 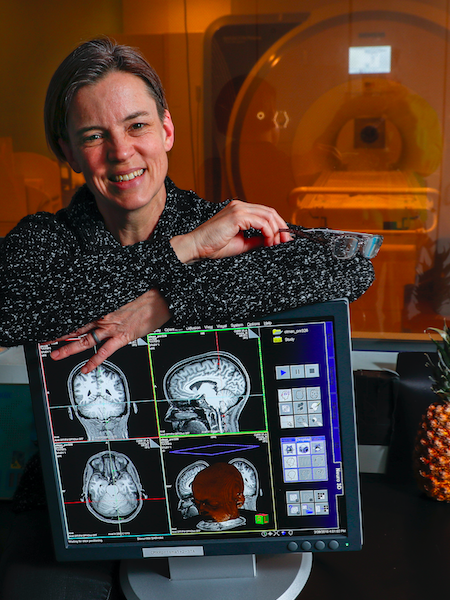 This past summer, Olman learned that the program in which she had tutored students at Murray had lost its funding. She quickly contacted the school’s principal, Jamin McKenzie, with an idea to replace the program. Why not tap the University of Minnesota community, whose St. Paul Campus is less than a mile from the school? Olman offered to help build a program to identify and match University of Minnesota volunteers, who are primarily undergraduate students in need of Community-Engaged Learning credit, with classrooms and eventually students at Murray. Rather than it being a separate class that required additional funding, and pulled students away from fun elective classes they wanted to take, Olman proposed that these volunteers be embedded in the classroom during the regular school day and she thought it was important that implicit bias and anti-racism training was provided for each volunteer. Principal McKenzie jumped at the idea and built on Olman’s proposal by directing his leadership team to provide the same training that the rest of the school staff receives about how to run inclusive classrooms and stay focused on the strengths that each student brings to a situation. Now, only a couple of months later, Classroom Partners is about to launch.

According to Olman, for the first couple of weeks of the program, the Classroom Partners volunteers will just be present in the classroom - remembering what it is like to be in middle school, seeing how things are taught, and building relationships with the students and teacher. Albeit now, due to the pandemic, volunteers will join virtual classrooms. After 2 to 3 weeks, the teacher will then match volunteers to specific students who could benefit from extra attention and support, ranging from preparing to retake summative assessments (tests) to coming up with their own ideas for individual inquiry science projects. The interactions are meant to be student- and teacher-driven, rather than volunteer-driven. The volunteer can ask the student if there is anything with which they can help, but if the student is not asking for it, Olman said “it’s time to talk about sports.” Once the volunteer and student have a strong enough relationship - once there is trust - then hopefully the student will be comfortable asking for help. The teacher might also ask the volunteer to focus on certain things with the student, especially if the student is behind or struggling. Ultimately, if the match is good and there is a rapport between the volunteer and the student, the volunteer will then reach out to the student’s parents to introduce themself, as well as talk about how things are going and ways in which they can help support their child. The goal is to build a semester-long relationship between the student, the teacher, the parent/s, and the volunteer, all focused around the success and well-being of the student. Interestingly, while the University’s academic calendar used to pose a problem for this program given that the University volunteers would physically leave in early December when the fall semester ended, they can now continue the relationship well into December given that the connections are made virtually.

Olman’s insistence on implicit bias and anti-racism training for volunteers is key to working toward culturally responsive mentoring in this program, especially given the demographic makeup of the student body at Murray. According to their website, 1.3% of the students at Murray identify as American Indian, 17% as Asian American, 35.3% as African American, 8.5% as Hispanic American, and 37.8% as Caucasian American. According to Olman, the “racial distribution [at Murray] is what you wish your world looked like….it’s exciting to be in a space that has no dominant racial or ethnic majority.”

In order to track all of the volunteers and their training completions, Olman was aided by Silke Moeller, academic technologist in the Department of Psychology at the University. Moeller helped Olman set up a Canvas site, which is now doing all that work for her. Olman stressed that when you have to do a “pandemic pivot,” it’s important to be nimble, which Moeller was able to help facilitate.

Why is Classroom Partners Important?

Even though Murray Middle School is situated in the affluent neighborhood of St. Anthony Park, 58.5% of its student body qualifies for free and reduced lunch. Olman stated,

The public schools do not have the resources they need to do the job….You need equitable funding, reasonable class sizes..but we don’t live in that world. We can’t not educate the next generation and we can’t only educate the rich kids. This [program] might be a band-aid, but why not take advantage of all the resources we have? [Murray] is a 3-minute walk from the University. If this school can’t make up for it, what school can?

Olman believes that by simply providing extra human resources in the classroom, who take direction from and subordinate themselves to the teachers, they can positively impact student success. Also, the middle schoolers look up to these University student volunteers, which matters because Olman hopes it will help the younger students envision themselves there someday. Pipelines don’t just happen. Rather, they are built through relationships, community, and creating space where one is free to ask questions.

In addition to hopefully benefitting the middle schoolers, Olman suspects that the University student volunteers too will be positively impacted. Toward that end, volunteers participate in weekly reflection circles in small groups. These groups are designed to support experiential learning by giving volunteers space to reflect on their experiences and use them to create new plans for impacting the world around them. Additionally, Olman and Seth Thompson, Director of Outreach in the College of Biological Sciences, are partnering with Murray to create an assessment structure that will help measure the impact of the support on both middle school students and University students.

Classroom Partners will start joining classrooms the week of October 12. Olman is eager to watch the relationships grow and to learn more about how the University can support the leadership at Murray Middle School as they teach the next generation how to work for positive change in their world. 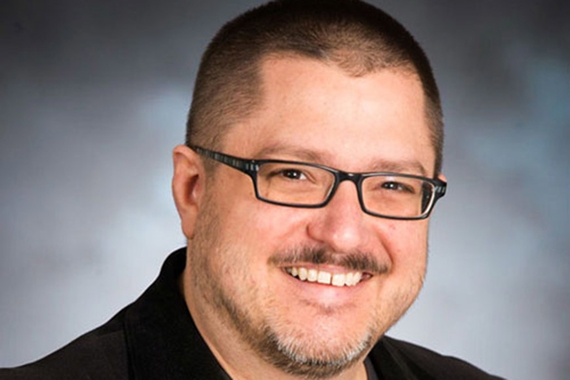 Dr. Bob Krueger receives 6-year grant for his genomic project: in the Midlife in the US (MIDUS).