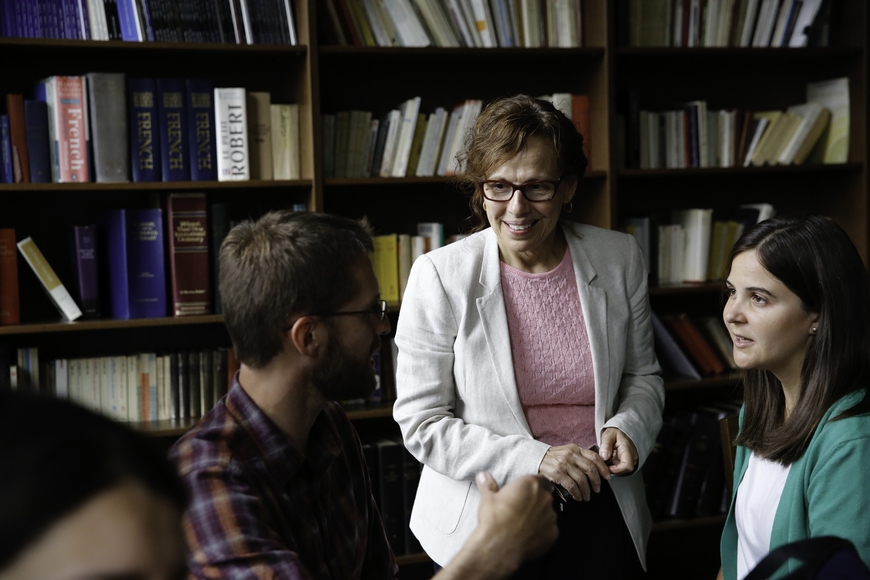 The program in Hispanic Linguistics provides students with the opportunity to approach traditional core areas of linguistics, such as phonology and syntax, with the perspectives offered by areas which have typically focused on language in context, such as sociolinguistics, pragmatics, language contact, and second language acquisition.

In the past several years, the Hispanic linguistics faculty has formed a research initiative that examines the ways in which different aspects of linguistics and the linguistic system interface with each other as well as the connections that exist between linguistics and other disciplines.

The Department of Spanish & Portuguese Studies has a strong tradition of fostering socio-historical perspectives in the study of culture. We emphasize global Hispanic and Lusophone studies while being attentive to the multidimensional relationships between language and culture, as well as the legacy of colonialisms that continue to inform regional and national histories.

The Literatures and Cultures area components are closely integrated, so that students may follow courses of study involving the various fields. The close integration of these areas makes this department unique in the United States.