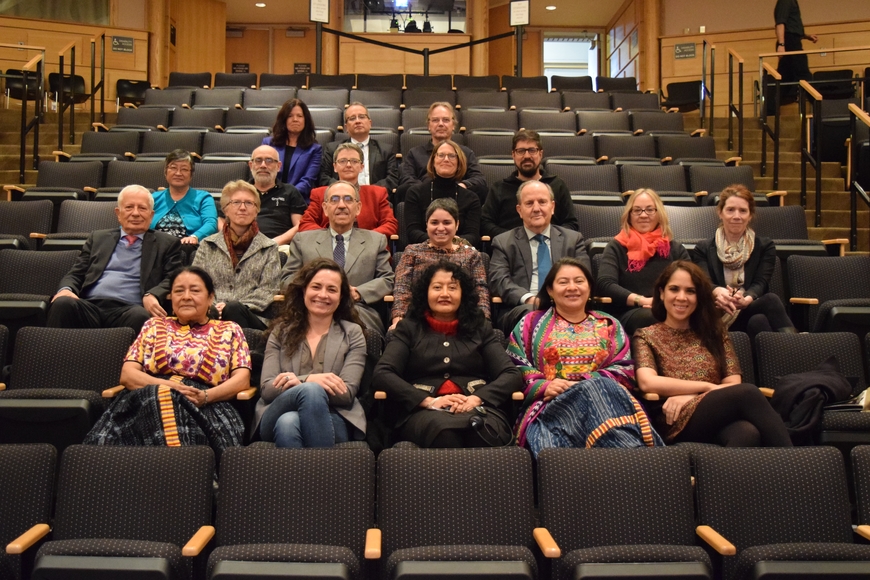 An Accounting of Transitional Justice in El Salvador and Guatemala

The Human Rights Program, the Center for Holocaust and Genocide Studies, and the Institute for Global Studies hosted Truth, Trials, and Memory: An Accounting of Transitional Justice in El Salvador and Guatemala in November 2017. We hosted the conference on both the 25th and the 20th anniversary of the creation of the Commission on the Truth for El Salvador and the Commission for Historical Clarification in Guatemala respectively.

The University of Minnesota has long been at the forefront of human rights and transitional justice scholarship. This conference was designed to bring together research and praxis around the issue of transitional justice. Joined by an array of central actors, including the truth commissioners, judges and prosecutors in charge of human rights trials, as well as family members, expert witnesses, government officials and human rights defenders, we explored the lessons learned from the transitional justice processes that both countries have experienced. Themes of the panels included: round tables with the commissioners to discuss the history, challenges and outcomes of the two commissions, the effects of amnesty laws and prosecutions, the contested truths and conflicting memories of the events and the gendered implications of the work of the commissions.

The keynote and two-day conference was free and open to the public.

Conference proceedings were live-streamed on this web page and are available for viewing.

Co-sponsored by the University Departments of History, Political Science, Sociology, and Spanish & Portuguese Studies; the Center on Women, Gender and Public Policy; the Human Rights Center; the Interdisciplinary Center for the Study of Global Change; the Comparative Politics Colloquium; and the Master of Human Rights Degree Program

Made possible with support from the Arsham and Charlotte Ohanessian Endowment Fund for Justice and Peace Studies of the Minneapolis Foundation, the Imagine Fund at the University of Minnesota, Hon. Samuel D. Heins and Stacey Mills, Peter Dahlen and Mary Carlsen, Louis and Nadia Smith, Hon. Susan R. Nelson and Tom Nelson, Hon. Arvonne and Hon. Donald M. Fraser, and Robert P. and Sally Sands