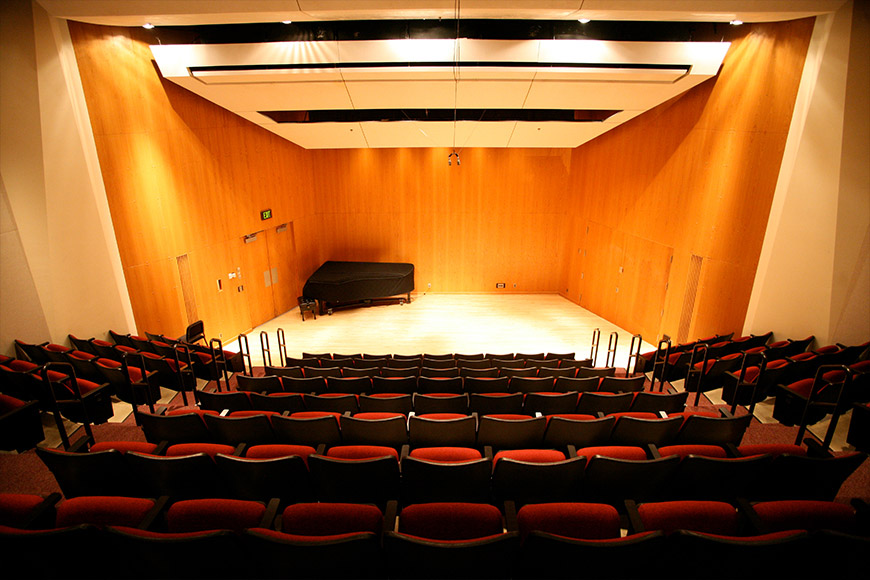 Take a tour of Ferguson Hall

STRUM (Sound, Technology, and Research at the University of Minnesota) Electronic Music Studios

Located on the lower level of Ferguson Hall, the Music Library is a repository for 70,000 scores and books, 400 periodical titles, 30,000 CDs, LPs, 78s, videotapes, and audio cassettes, 12 CD listening stations, 13 audio tape listening stations, 3 VCRs, and 12 turntables, all available to School of Music students. The library also includes a collection of rare books, manuscripts, and sheet music from the 14th century to the present.

Located within the Music Library, the Roy A. Schuessler Vocal Arts Center houses the Vocal Resource Room, which contains a variety of books, video and audio tapes, vocal music scores, and recordings. The primary focus of the collection is on vocal pedagogy and performance. The room is available for study, research, seminars, and committee meetings by advance permission of the library staff.

The Organ Studio houses the Van Daalen organ, a two-manual, mechanical-action organ comprising 32 speaking stops and 41 ranks of pipes. While certain stops of the organ reflect a derivation from Dutch and French styles of building, the instrument is essentially eclectic in design, reflecting a desire to provide an instrument upon which organists may study and perform a comprehensive body of literature. See the Van Daalen Organ Specifications for more details.

The University of Minnesota music therapy program is one of the few programs in the country that has an on-campus clinic. This clinic is connected to an adjoining observation booth via one-way mirrors, thus allowing students the opportunity to observe music therapy sessions with a number of different clinical populations. The observation booth is equipped with high-quality technological instruments and computers for data collection during research studies. Music therapy students in their junior and senior years provide supervised services in the clinic.