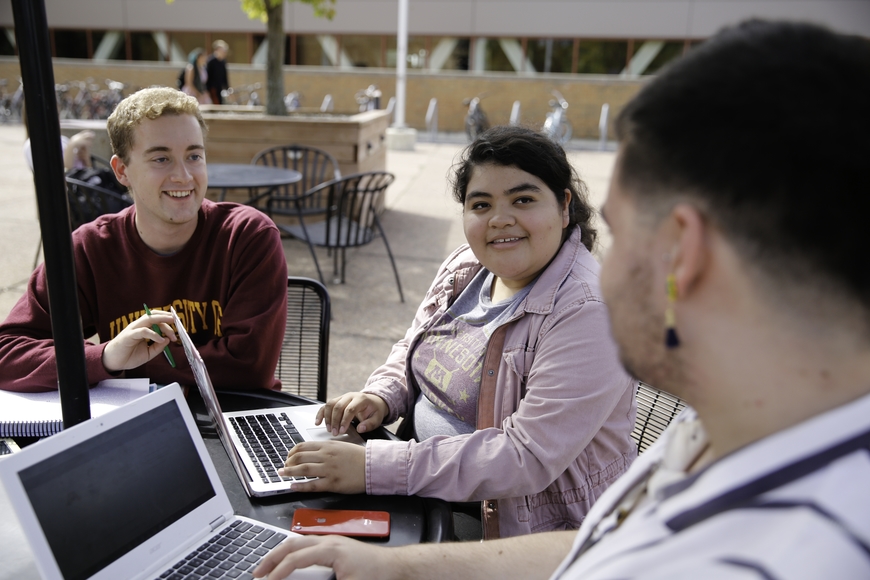 Participating in student organizations or clubs develops your leadership skills and expands your social and career networks. Becoming involved as an officer often leads to connections within the department as well.

There are two, non-partisan, student groups affiliated with our department that allow you to meet and connect with students who have similar interests. There are also many other unaffiliated groups that are organized around political action and career fields related to political science.

What is the Multicultural Undergraduate Political Science Coalition (MUPSC)?

We are a multicultural student group that seeks to provide non-partisan community service, advocacy, and efforts that center on multicultural voices. We want to foster meaningful relationships between students, staff, and faculty in the Department of Political Science. We also aim to create opportunities for networking and professional development for political science students, but all students are welcomed.

MUPSC is dedicated to making the political science department—and our campus—a safe and welcoming place for students of all races, ethnicities, genders, sexualities, abilities, and ages. Our goal is to create a space in which these students can feel comfortable discussing topics of mutual political interest and heard by their fellow peers.

The Multicultural Undergraduate Political Science Coalition (MUPSC) is a non-partisan student organization. Student Unions & Activities (SUA) defines partisan political student groups as "organizations affiliated with and in support of registered political parties or candidates for election." Therefore, MUPSC shall make no endorsement for political candidates or political parties as a non-partisan Campus Life Program sponsored by the Department of Political Science. Likewise, MUPSC shall not work alongside groups who fit the definition of partisan political student groups. All opinions shared by MUPSC members and members of guest organizations are their own and not representative of the viewpoints of the University of Minnesota Twin Cities' Department of Political Science. The group's purpose is to center and uplift the voices of multicultural undergraduate political science students by facilitating discussion of political topics of mutual interest. This is clearly articulated within the MUPSC constitution. Students may choose to discuss politically salient issues regarding immigration, civil rights, international human rights, race, gender, sexuality, ability, etc. These topics do not inherently evoke a partisan or ideological bias. A group of multicultural students does not inherently evoke a partisan or ideological bias. Topics are chosen based on the mutual interests of MUPSC members. Open discussion is welcome. However, MUPSC executive board members reserve the right to moderate discussions to ensure the collective feels safe, respected, and heard during these discussions.

Official Statement Regarding the Recent Actions of the MPD

The murder of George Floyd on May 25, 2020 by four officers from the Minneapolis Police Department (MPD) was a racist and morally reprehensible act. Despite being told by Floyd and bystanders that he could not breathe, these officers continued to use excessive force and killed George Floyd. This horrifying violence has underscored the historic role played by the MPD and other police organizations in upholding systemic racism. We are calling for a meaningful solution that will make our campus safe for students of color and hold its institutions accountable.

We are grateful for the steps taken by President Gabel and Dean Coleman in response to the University community’s requests to cut ties with MPD. However, in order to enact sustained and meaningful change, there is more work to be done. The University’s private police force, UMPD, is not accountable to students or elected officials, and has brutalized students of color in the past. We stand with the Minnesota Student Association, Black Student Union, Students for a Democratic Society, and all other student groups rallying to demand an end to unaccountable policing on our campus.

We specifically agree with the following demands:

What is the Undergraduate Political Science Association (UPSA)?

We are a group of open-minded students at the University of Minnesota seeking to expand our knowledge on the various topics we study pursuing our degree(s) and to network with other students and faculty across campus.

We benefit the university community by encouraging the civil exchange of various viewpoints on often-heated issues in politics. Our group's primary focus is to elevate the level of discourse above partisan politics and get to the root causes of the issues that members of other politically-oriented groups overlook.

We are dedicated to increasing political knowledge. We are highly politically involved, and many of our members have previously or are currently interning with political candidates and challengers for office, giving us deeper insight and perspective. We also plan to author a blog which will serve as a melting pot for the various ideas that our members have. We fully encourage all viewpoints and intend to submit articles of exceptional quality to national journals.

UPSA is partnering with the Center for Academic Planning and Exploration (CAPE) to expand their mentorship program into CAPE's Major Network. In this program, students can be either Upper-level Mentors or Exploring Student Mentees. The Mentors are students who are passionate about their major, and have coursework and/or other experience they can share with new or exploring students. The Exploring Student Mentees may be freshmen, new transfer students, or students new to the major who would like a mentor to connect them with experiences, and learn from their experiences to get involved and succeed in classes. Mentors and Mentees need to meet at least once a month, and as an added bonus UPSA will be organizing fun events for Mentors and Mentees to get to know each other throughout the semester.

For more information about this opportunity, check out CAPE's Major Network page. For any questions about mentorship through UPSA, email upsa@umn.edu.