Each year, graduating psychology undergraduates are tasked with completing a project to explore an area of interest. The Sharon Borine Top Capstone Award was created to acknowledge students whose senior projects were of the highest quality. The award process consists of nomination by section leaders or faculty mentors followed by a review and ranking by an ad-hoc panel of faculty members. 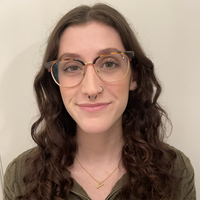 Morgan Hineline received a cash award of $250 for first place for her paper titled, “Explaining the Existence and Maintenance of the Orgasm Gap: A Literature Review.” This personal interest qualitative paper was inspired by Hineline’s passion for highlighting topics that are overlooked and underrepresented as well as promoting sexual equality.

Hineline graduated in Fall 2022 with a major in psychology and a minor in the Sociology of Law, Criminology, and Justice. Originally from Janesville, Wisconsin, she has been working as a Psychiatric Technician for an intensive outpatient therapy program for adolescents for the past three years and was recently promoted to Lead Psychiatric Technician.

Looking ahead, Hineline is applying to forensic psychology graduate programs with the goal of becoming a licensed professional clinical counselor (LPCC). Afterward, her dream is to get into a doctoral program to become a forensic psychologist that specializes in jury consulting and victim advocacy in the court systems so that she can assist vulnerable populations through difficult processes. 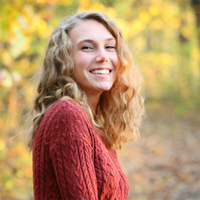 Olivia Saggio was awarded 2nd place for her paper titled “Debasing the Usage of Eyewitness Testimonies in the Courtroom.” She received a cash prize of $150.

Originally from Muskego, Wisconsin, Saggio graduated with majors in Psychology and Sociology of Law, Criminology, and Justice. She hopes to pursue a career in federal law enforcement, using psychology and sociological phenomena to understand crime, and eventually plans on tackling a Master's Degree.

Saggio’s capstone was inspired by her interests in perception and cognitive processes within the criminal justice system, specifically the rising number of exonerations due to advancements in DNA technology. Digging into this problem revealed the problematic layers found with eyewitness testimonies and how they contribute to wrongful convictions, which was very interesting for Saggio to write about. 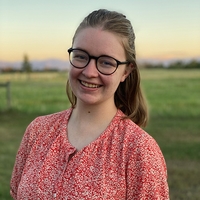 Katie Hannestad for the paper titled, “Pitfalls and Best Practices in Museum Accessibility With Regards to the Visually Impaired and Blind Communities” received 3rd place and a cash prize of $75. Hannestad was mentored by Dr. Gordon Legge. Her work in his class PSY 4036- Perceptual Issues in Visual Impairment inspired the capstone project. The literature review specifically examines ways to increase accessibility in museums for people who are visually impaired or blind, but the principles are applicable across many public institutions.

Hannestad worked in Minneapolis Public Schools before returning to the U to complete her psychology degree. Alongside her major in psychology, Hannestad has minors in Political Science and Racial Justice in Urban Schooling. Her passion lies in work around accessibility, governmental affairs, and education. In the future, she plans to work in the non-profit or government sector to make public places and services more accessible for all people, including those excluded based on disability, race, language, financial resources, or any other factor.